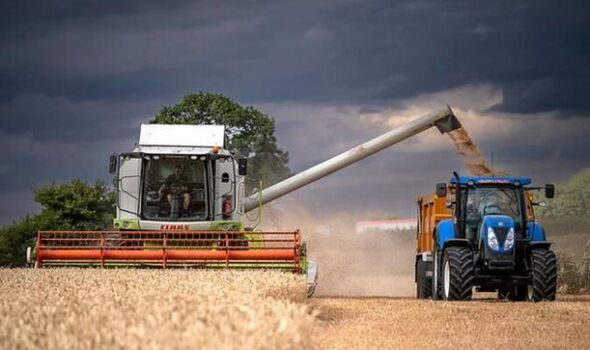 National Fire Chiefs Council (NFCC) tactical advisor David Swallow said “services need to recognise the risk they’ve now got”. He added: “If they don’t, then they’re naive. There are very urban services that think that wildfires are low down on the risk list. I understand the need to prioritise resources, but there needs to be a review.”

This year alone England and Wales have had 442 wildfires – which compares with 247 last year – the NFCC said.

London’s fire service saw its busiest day since the Second World War as a result of the extreme temperatures, with crews attending 1,146 incidents in a single day.

Jonathan Smith, London Fire Brigade assistant commissioner, said the service had already been preparing for an expected increased risk, but added that risk was now “immediate.”

The head of London Fire Brigade Andy Roe said fires in the capital last week were unprecedented: “I saw stuff this week that I had not expected to see as a London firefighter.”

On Tuesday people were urged to use water wisely as England faces drought in August if the hot and dry weather continues.

Most of England has moved into “prolonged dry weather” status – meaning the EA is now taking precautionary actions to mitigate impacts.

Nowhere in England is currently considered to be in a drought and most water companies are maintaining good reservoir storage for summer demand.

The EA said that if further measures are required, temporary use bans – more commonly known as hosepipe bans – will be determined by individual water companies.

Officials said recent abnormally high temperatures have exacerbated conditions resulting from lower than normal rainfall so far this year in many parts of England.

The Met Office is forecasting potentially several more dry weeks ahead, particularly in the south and east of the country.

Harvey Bradshaw, EA executive director for the environment and chair of the NDG, said:

“While last week’s extreme high temperatures are now behind us and there are currently no plans for restrictions on essential water use, we can all do our bit by reducing unnecessary water consumption and following advice from our water company to ensure this remains the case while our rivers are exceptionally low.”

“We are working very closely with water companies, farmers and other water users to manage the current situation.”

“Today’s meeting was an important step in agreeing joint actions to protect our water resources with further dry weather forecasted for August, including ever-closer working to monitor and manage water supplies and the environment.”

The last time drought was declared was in 2018.