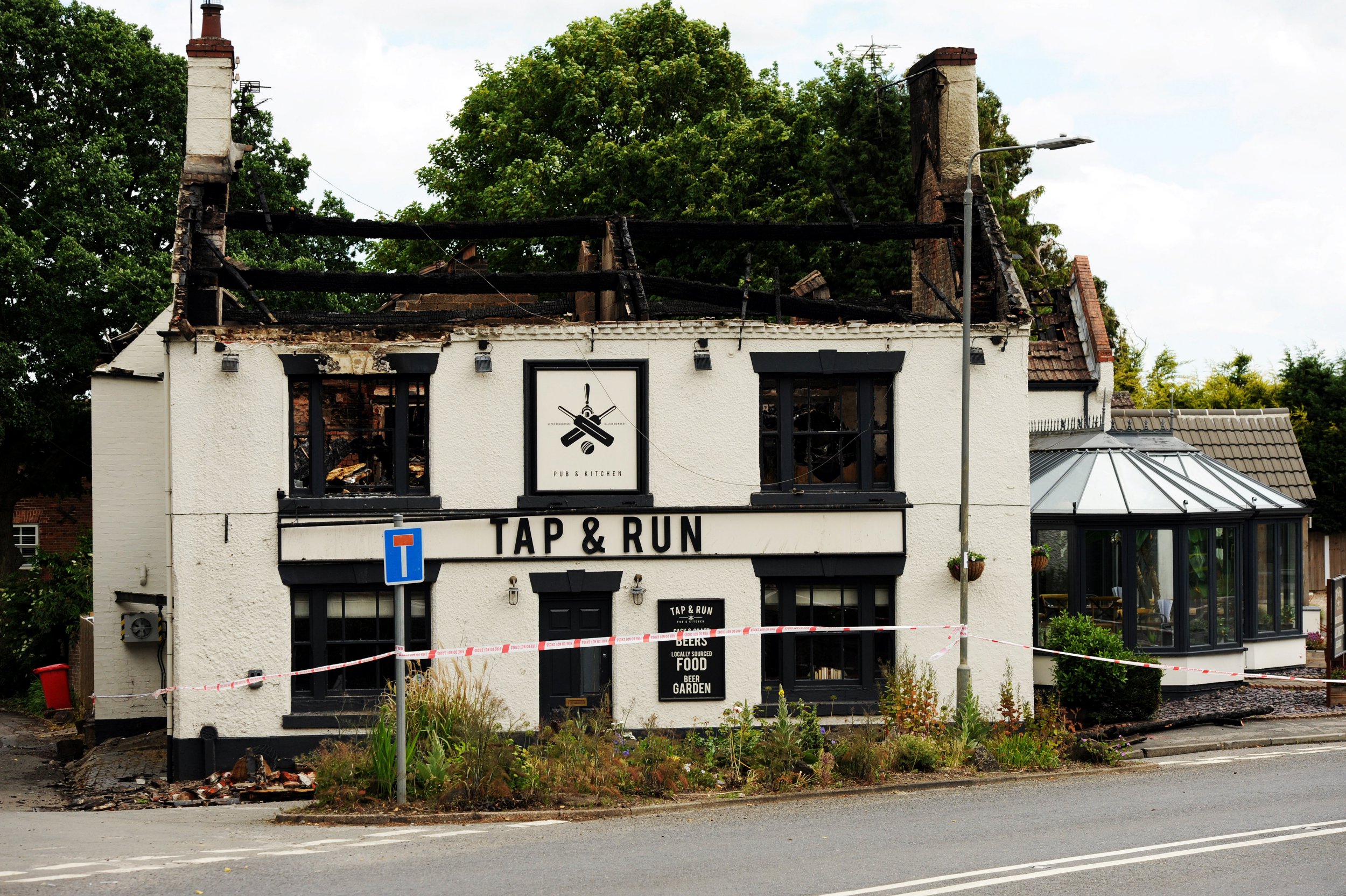 England cricket star Stuart Broad says he is ‘devastated’ after his pub was destroyed in a fire.

Dozens of firefighters were scrambled to tackle the flames which engulfed The Tap & Run in Upper Broughton, Nottinghamshire, in the early hours on Saturday.

The boozer is co-owned by Broad and his former England team-mate Harry Gurney who opened it in 2018.

Pictures show the pub completely gutted by the fire as flames and smoke billowed from the building.

Fire investigators believe it started accidentally but have not released any further details.

In a statement, Broad and Gurney said: ‘We are devastated to announce that due to a significant fire in the early hours of June 11th The Tap & Run will not be trading for the foreseeable future.

‘We thank you from the bottom of our hearts for the outpouring of support.

‘And finally… we will be back! Watch this space.’

The pals posted a picture of their beloved pub ablaze with firefighters battling the flames.

They said: ‘Thank you to the fire service who have been brilliant and thank you for everyone’s kind messages of support, we really appreciate it.

‘We will keep everyone updated in the coming days and weeks.’

No one was inside the pub at the time of the fire.

It comes as Broad prepares to face New Zealand on day two of the second Test at Trent Bridge.