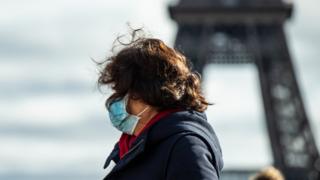 A Chinese tourist has died in France after contracting the new coronavirus – the first fatality from the disease outside Asia.

The victim was an 80-year-old man from China’s Hubei province, according to French Health Minister Agnès Buzyn.

He arrived in France on 16 January and was placed in quarantine in hospital in Paris on 25 January, she said.

Only three deaths had previously been reported outside mainland China – in Hong Kong, the Philippines and Japan.

However, more than 1,500 people have died from the virus within China, mostly in Hubei where it first emerged.

A further 2,641 people have been newly confirmed as infected, bringing the China’s total to 66,492.

In late January, France became the first European country to confirm cases of the virus. It has had 11 confirmed cases of the disease, officially called Covid-19. Six people remain in hospital.

The deceased man had been in a critical condition in the Bichat hospital in northern Paris, the health minister said. He died of a lung infection due to the coronavirus.

The man’s daughter is among those infected, but she is recovering, Ms Buzyn said.

Five of the cases in France are British nationals who caught the virus at a chalet in the ski resort of Contamines-Montjoie.

Outside mainland China, there have been more than 500 cases in 24 countries.

Earlier, the US said it was sending a plane to Japan to evacuate Americans stuck on the Diamond Princess cruise ship, which is being held in quarantine in a Japanese port.

Out of 3,700 people on board, 218 have tested positive for the virus. Australia also said it was considering removing its citizens from the ship.

Read more about the coronavirus and its impact