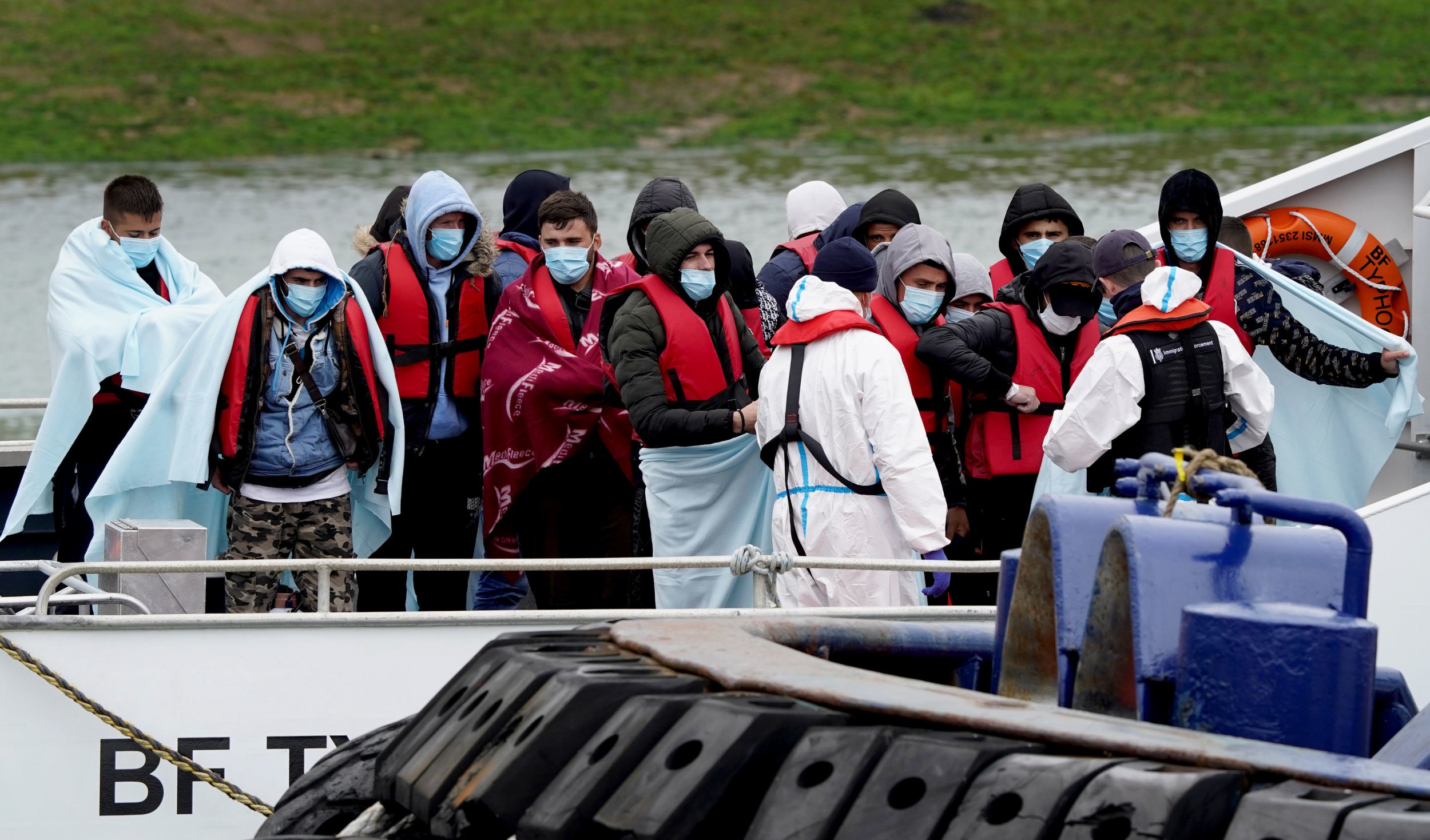 A British judge has rejected a bid to ground a flight due to take more than 30 asylum-seekers on a one-way flight to Rwanda next week.

A legal challenge was made on behalf of a number of people who were told they would be removed from the UK on Tuesday next week.

This was under the Home Office’s new partnership with Rwanda, which will see people who arrive in Britain ‘illegally’ being resettled in the East African country.

The Government says this will crack down on human trafficking gangs and discourage people from taking such dangerous routes.

But the scheme was condemned by the UN, and human rights campaigners say criminalising people seeking safety based on their mode of arrival betrays the principle of asylum.

Judge Jonathan Swift has refused a request for an injunction grounding the planned flight, but more challenges are expected in the future.

Up to 130 people had been notified they could be removed, and 31 were due on the first flight on Tuesday, the court heard.

Lawyers for almost 100 migrants had submitted legal challenges asking to stay in the UK with the remaining anticipated to follow suit.

The first stage of action was brought today by lawyers on behalf of two migrants alongside the Public and Commercial Services union (PCS), which represents more than 80% of Border Force staff.

They were also representing groups Care4Calais and Detention Action who are challenging the policy on behalf of everyone affected.

During the proceedings it emerged the Home Office had already scrapped plans to remove three people set to be on the first flight, with a further two expected.

Representing the challengers, Raza Husain QC told the court the ‘procedure is simply unsafe’ and called for an evidence-based assessment for the policy, ‘not an aspirational basis, or hopes’.

The barrister later said that the agreement between the two countries, known as a Memorandum of Understanding, was ‘unenforceable’.

‘Nothing monitors it, there’s no evidence of structural change. The risks are just too high,’ he added.

Mr Husain also told the court that assertions by the Home Office that UN refugee agency the UNHCR had given the plans the ‘green light’ was a ‘false claim’.

However, Home Office lawyers said legal action should not be allowed to derail the plans and urged the court to reject the application.

Previously, the department said it expected legal challenges but is ‘determined to deliver this new partnership’ and insisted the policy ‘fully complies with international and national law’.

Shortly after the judgment was concluded, Mr Justice Swift granted the claimants permission to appeal, suggesting Court of Appeal judges would hear the case on Monday.

Home Secretary, Priti Patel said: ‘I welcome the court’s decision in our favour, and will now continue to deliver on progressing our world-leading Migration Partnership.

‘People will continue to try and prevent their relocation through legal challenges and last-minute claims, but we will not be deterred in breaking the deadly people smuggling trade and ultimately saving lives.

‘Rwanda is a safe country and has previously been recognised for providing a safe haven for refugees – we will continue preparations for the first flight to Rwanda, alongside the range of other measures intended to reduce small boat crossings.’

Chief executive of the charity Freedom From Torture, Sonya Sceats, said: ‘We are disappointed that the court did not grant this injunction to ensure that nobody is sent to Rwanda before Boris Johnson’s cruel policy can be subjected to proper legal scrutiny.

‘But the fight is far from over. Caring people across Britain are incensed that this Government wants to send people seeking safety halfway across the world and are taking action.

‘The public have sent over 15,000 letters to airlines suspected of involvement in removals calling on them to rule themselves out, and protests are being planned up and down the country.

‘We will use every available means to see that this neo-colonial ‘cash for humans’ scheme scrapped and ensure that the UK is a safe place for people fleeing war, torture and persecution.’

Clare Moseley, founder of Care4Calais said: ‘We have been granted permission to appeal on Monday as we are deeply concerned for the welfare of people who may be forcibly deported to Rwanda, a fate that could profoundly harm their mental health and future.

‘As a result of today’s case, six refugees have had their directions to be sent to Rwanda cancelled.

‘This shows how important it is that no one is deported until the lawfulness of the policy is fully examined. Some of the refugees do not yet have legal representation.

‘They are at risk of being deported by a policy that may ultimately be found to be unlawful. Today was just the beginning of this legal challenge. We believe that the next stage of legal proceedings may bring an end to this utterly barbaric plan.

‘There are other, more humane and more effective ways to both save lives and combat people smugglers. And as compassionate people we need to ask ourselves if this kind of unnecessary and cruel solution is really what we want to do?’

Get in touch with our news team by emailing us at [email protected]tro.co.uk.