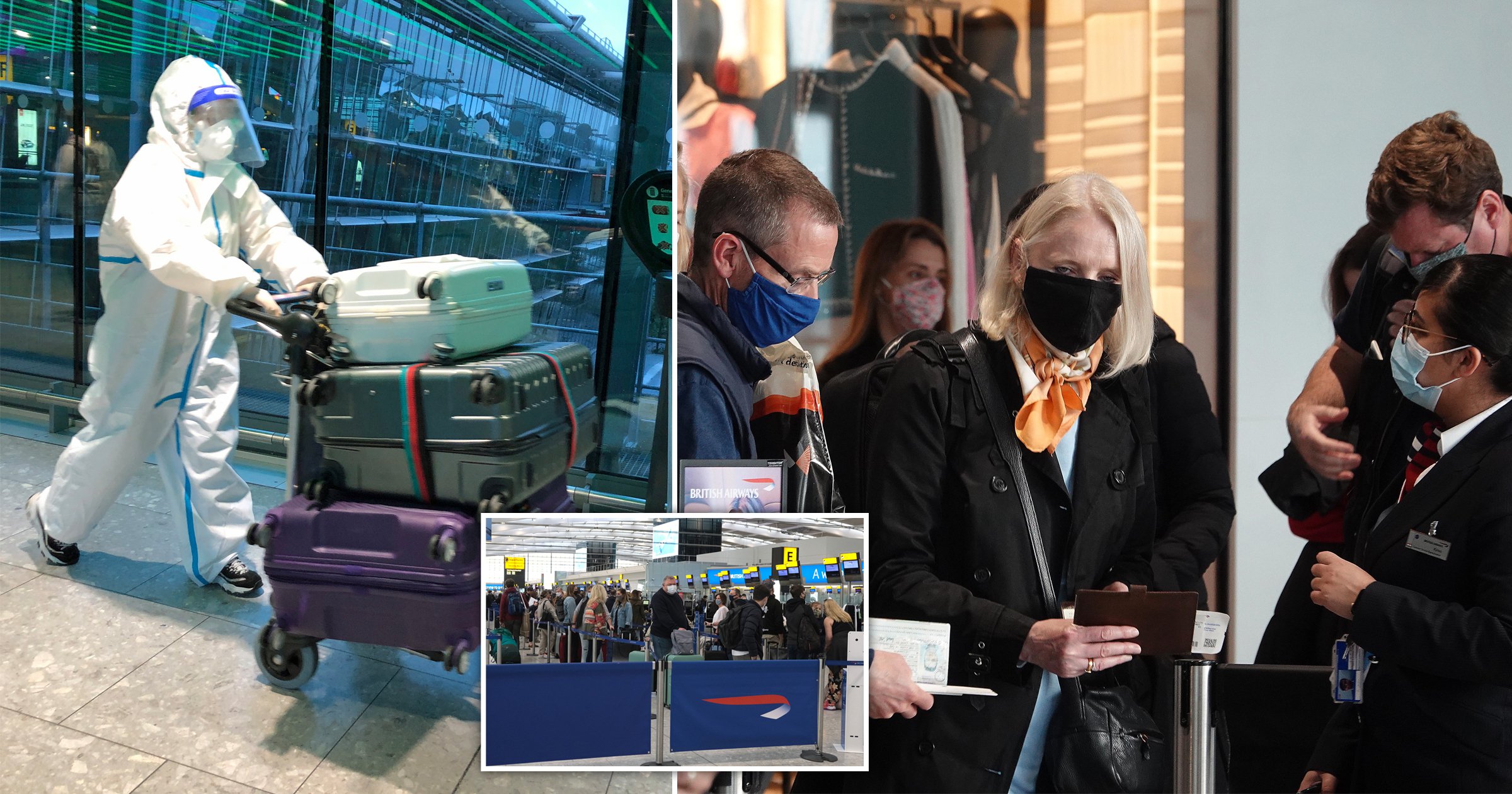 UK airports are bracing for the busiest day of the year so far as coronavirus restrictions on foreign travel restrictions are finally eased in England.

Many eager passengers were seen arriving at Heathrow Airport in west London and Gatwick Airport in West Sussex from 6am this morning as the Government’s ‘traffic light system’ based on risk of catching the virus came into force.

It comes as millions have entered the next stage of Boris Johnson’s lockdown roadmap today, which sees hospitality allowed to reopen indoors and the rule of six is now in place inside.

Previously people faced a £5,000 fine for travelling abroad without a reasonable excuse, but now people are technically allowed to go on holiday for the first time this year.

Despite this it will still be difficult for Brits to escape abroad, with only a handful of countries on the coveted ‘green list’ which means people will not need to self-isolate on their return.

Most countries, including popular European holiday hotspots like France and Spain, remain on the amber list which means visitors must quarantine for 10 days, which can be cut to five under a test and release scheme if extra tests are paid for.

Health secretary Matt Hancock warned during media rounds yesterday that people should not travel to amber countries except for essential reasons and ‘certainly not’ for a holiday – while scientists claimed parts of Europe were ‘largely unvaccinated’.

Despite this warning flight operators remain ‘very optimistic for the next couple of months’ after bookings have reportedly trebled during the past six weeks.

Ryanair boss Michael O’Leary told BBC Breakfast: ‘The UK vaccine programme has been extraordinarily successful. We’re up to 60% of the adult population having received their first dose.

‘Portugal this morning. We’re very hopeful that Italy and Greece will be added to that green list before the end of May, and Spain will come shortly thereafter.’

EasyJet chief executive Johan Lundgren said he is ‘excited’ to welcome passengers back on flights from today.

‘Today is an important day because now people can actually start to travel, and now we’re just looking for that green list of countries to be expanded, which we believe it is safe to do so because that is what the latest data suggests that scientifically that can be done,’ he said from Gatwick Airport’s runway this morning.

He urged the Government to put ‘most of Europe’ on its green list as soon as possible.

The Border Force also warned passengers arriving in the UK should be prepared for longer waits than before the pandemic due to the extra checks required.

Director-general Paul Lincoln said it could take up to 15 times longer to process people than in pre-pandemic times.

But a spokesperson for Heathrow insisted that such delays were ‘unnecessary and completely avoidable’ if extra resources were put in place to deal with the additional checks.

They also confirmed there were ‘protocols in place’ to divert flights or to hold passengers on planes if the build-up becomes too great.

‘Instead of telling passengers to brace themselves for a long wait in immigration queues, Border Force should step up its efforts to automate checks for green list countries, and put in place additional resource for passengers where manual checks might be needed,’ the spokesperson said.

‘Accepting delays is a further demonstration of complacency from them on the matter.

‘There are protocols in place to hold passengers on planes or divert them to other airports, to prevent excessive, unnecessary and completely avoidable queues in immigration halls.’

The Home Office said additional staff were being brought in to minimise queues, but insisted that protecting public health had to be the first priority.

‘Protecting public health is our priority and as we reopen international travel safely we will maintain 100% health checks at the border to protect the wider public and our vaccine rollout,’ a spokesperson said.

‘While we do this, wait times are likely to be longer and we will do all we can to smooth the process, including the rollout of our e-Gate upgrade programme during the summer and deploying additional Border Force officers.’