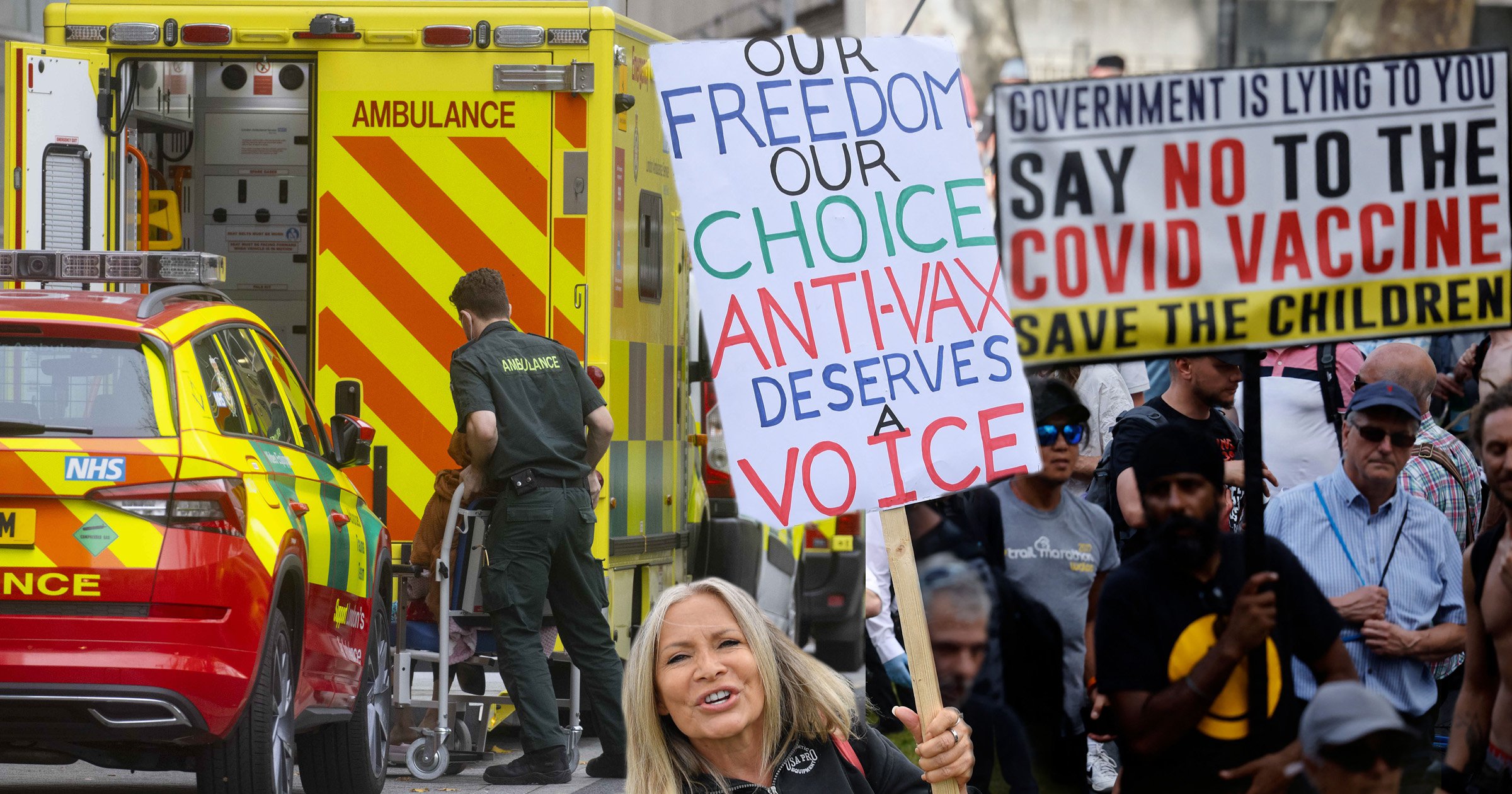 The first Brit to die with the Omicron variant was pulled in by ‘conspiracy theories’, someone who claims to be his relative has said.

Boris Johnson confirmed the first known death in the UK from Omicron on Monday. However, the variant may have caused more deaths in cases where the strain of the virus had not been analysed.

No details have been officially released about the patient who died at the beginning of this week but a man claiming to be his stepson John has now said the victim was unvaccinated.

John called into LBC to try and encourage people who were hesitant about the vaccine to get jabbed.

He told presenter Nick Ferrari his stepdad was in his early 70s and healthy when he got infected with the disease at the beginning of December.

‘He was fit, he ate healthy, he didn’t smoke, he hadn’t drunk in 30 years near enough,’ John said.

John also said the man was at minimal risk of infection because he ‘never went out’.

The caller explained: ‘He was a recluse to be honest with you, he never went out, he had his shopping brought to him.

‘The only place he went to was the bin, outside the block he lived in, and the postbox.’

Despite all these things in the stepdad’s favour, the infection worsened and he was taken to a hospital in Northampton at the beginning of last week.

John said his sister, who is the only one out of the two of them who had a relationship with their stepdad, blames the tragedy on his refusal to get vaccinated.

John went on: ‘[My sister] did have an argument with [my stepdad] at the end of October about this very thing – getting vaccinated.

‘He thought it was a conspiracy. He was an intelligent man but it’s all these different things you are getting from online and different media things… about oh it’s not real… conspiracy theories really.’

The man’s stepdaughter is said to be ‘absolutely gutted’ and his family want their hardship to serve as a warning to everyone else.

‘If you’re vaccinated and you’ve got your booster, you should be alright. It’s the ones that haven’t got it, they’re the ones that need to be worried now.’

It comes as England’s chief medical officer Chris Whitty last night said the country was facing two epidemics while it struggles with both Delta and Omicron.

Cases are staggeringly high at the moment but Omicron is not believed to be more dangerous to individuals who contract it than Delta, though its high transmissibility may lead to problems for the health service in general.