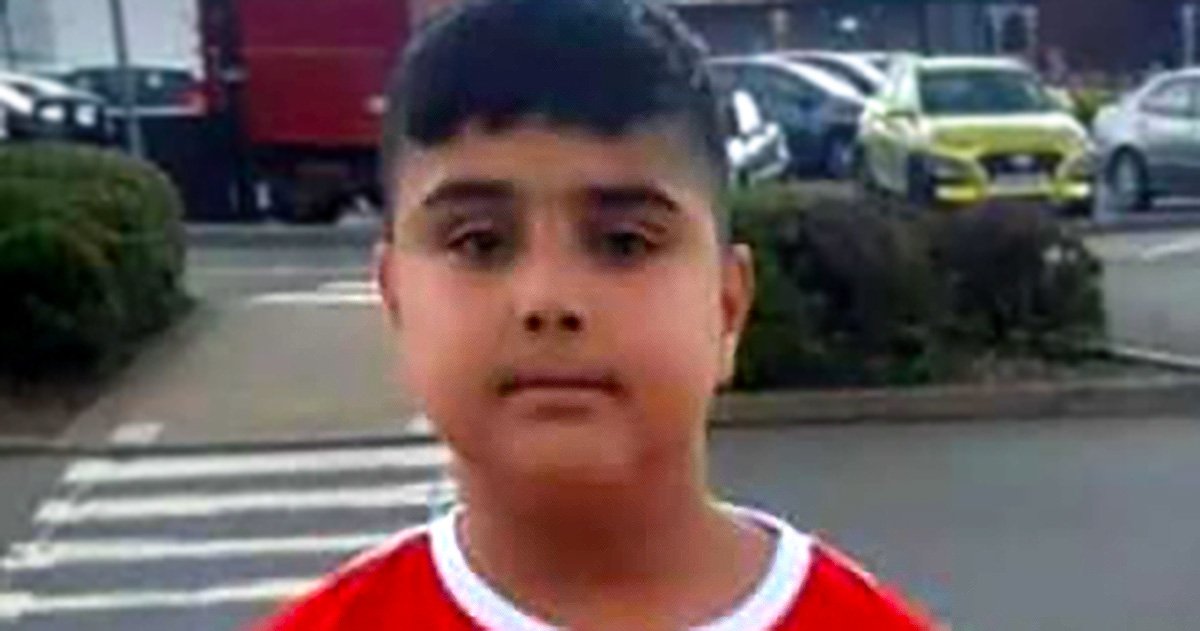 This is the first picture of a 12-year-old boy who was killed while riding his e-scooter on his way to school.

Mustafa Madeem was heading to Saltley High School on the Voi machine when the crash took place in Belchers Lane, Birmingham, shortly before 8am yesterday.

Emergency services attended the crash, closing the road off during rush hour.

But despite the efforts of paramedics, Mustafa was pronounced dead at the scene.

His uncle Wakas Rashid told MailOnline that the family are devastated.

He said: ‘The family are devastated as you can imagine. This is a desperately sad time for us all.

‘They have been in the mosque all evening where friends and family have been coming to pay their respects.’

Mr Rashid said that Mustafa was the second eldest of four siblings and had one brother and two sisters.

A nearby shop worker said: ‘He was zooming down the road on an E-Scooter and then got hit by the bus.

‘The road was closed for about two hours as this is how long the emergency services to get him out from under the bus.’

Announcing the news this afternoon, West Midlands Police said: ‘A boy has sadly died after a collision involving a bus in Birmingham today.

‘The 12-year-old is believed to have been riding an e-scooter when he collided with a bus on Bordesley Green, near to the junction with Belchers Lane, just before 8am.’

The statement added: ‘He was sadly confirmed dead at the scene. The road remains closed this afternoon while our investigators work to establish what happened.

‘The youngster’s family has been told, and are being supported by specially trained officers.’

Detective Sergeant Paul Hughes, of the force’s serious collision investigation unit, said: ‘This is an awful tragedy for the young boy’s family and friends, and our thoughts are with them at this time.

‘We’ve spoken to a number of witnesses, but still want to hear from any of the passengers on the bus who we’ve not yet spoken to, or from people who may have captured what happened on dashcam.

‘If people do have footage, we’d ask them not to share it on social media but to send it to us so that we can help establish exactly what happened.”

A spokesman for West Midlands Ambulance said it sent two ambulances and two paramedic officers to the scene.

‘He had sustained life threatening injuries and was in a critical condition,’ the spokesman said.

‘Unfortunately, it became clear that nothing could be done to save him and he was confirmed deceased at the scene.’