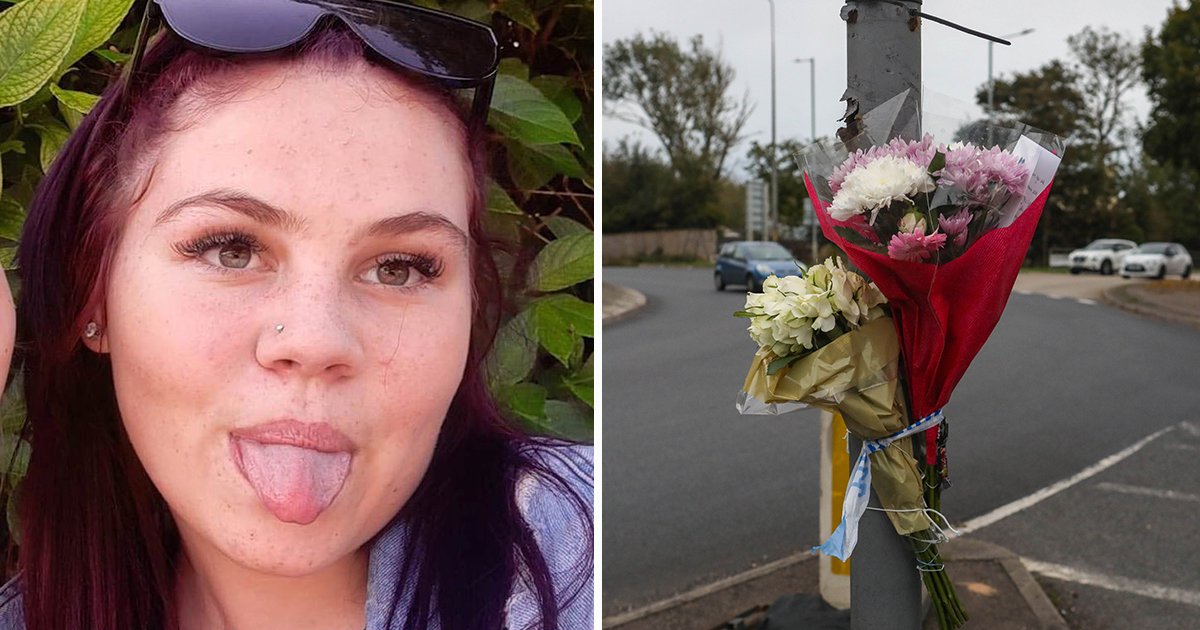 A teenage girl has died after being hit by a car while crossing a road.

The 13-year-old killed in Dover has been named locally as Mya Lawrence and pictured.

Mya was struck by a blue Vauxhall Astra while crossing the A256 Whitfield Hill on the evening of Friday, October 15.

Emergency services were called to the incident at around 7.40pm but the teenager was pronounced dead at the scene.

Details about the speed at which the car was travelling have not been released.

Kent Police said the Astra was travelling along Whitfield Hill after exiting the Whitfield Roundabout when it collided with Mya as she was crossing the carriageway.

The driver, who suffered no injuries, remained at the scene and was present when officers arrived.

Mya’s next of kin have been informed.

Floral tributes have been left at the scene, with friends and family paying tribute to the teenager on social media.

One heartbreaking note left with flowers reads: ‘Dear Mya, you were taken too soon.

‘You are probably partying up there and having the time of your life but you should be doing that down here with everyone.

A Kent Police spokesman said: ‘Officers from the Serious Collision Investigation Unit (SCIU) would like to speak to anyone who saw the collision or has dashcam footage which might assist their enquiries.’