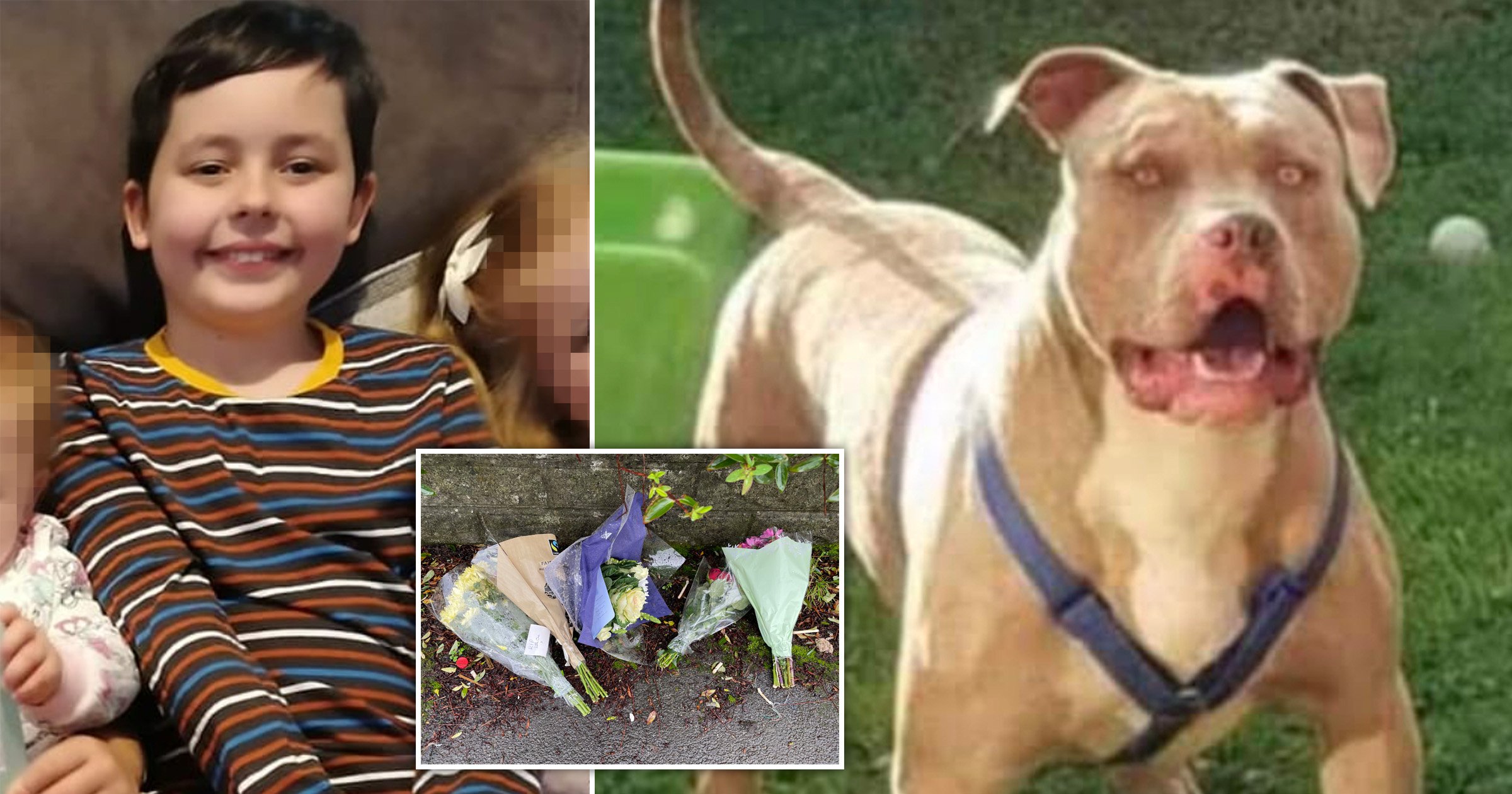 This is the dog believed to have killed a 10-year-old schoolboy earlier this week.

Jack Lis was mauled to death while playing at a friend’s house after school in Pentwyn, Penyrheol, on Monday. The animal was shot by firearms officers who were called to the scene.

Neighbours said they believe the ‘large and powerful’ dog was an American pit bull, but tests have yet to verify the breed.

Detectives are assessing if an offence was committed, including whether the dog was a breed that is illegal to keep as a pet in the UK.

The dog is believed to have recently been sold to the other child’s family by a breeder who named it Beast in an online advert earlier this month.

The ad said the animal was 15-months-old but ‘unfortunately does not like other dogs’.

Jack’s mother Emma Whitfield paid tribute to her ‘beautiful’ son, writing on Facebook: ‘With so much heart break […] I have to announce our beautiful boy Jack was taken so tragically yesterday.

‘It was not our dog nor did it happen at our family home. He was out to play.

‘We love you so much our sweet sweet boy.’

A neighbour bravely tried to pull the dog off Jack after the other boy ran out into the street screaming for help.

People living in the street said they have been shocked by the incident, with one describing the scene as ‘chaos’.

Chief Superintendent Mark Hobrough said experts will ‘look at the character traits of the dog’ to see if it is a banned breed.

He said: ‘We are looking at all potential offences and all potential actions that need to come as a result of this investigation.

‘Gwent Police will deal very firmly with any people who commit an absolute offence of possession of a dangerous dog by breed that are absolutely prohibited to have in the UK, and there will be no exemptions for people in possession of such.

‘This dog has been dealt with in the quickest possible opportunity, there are no outstanding threats in the area.