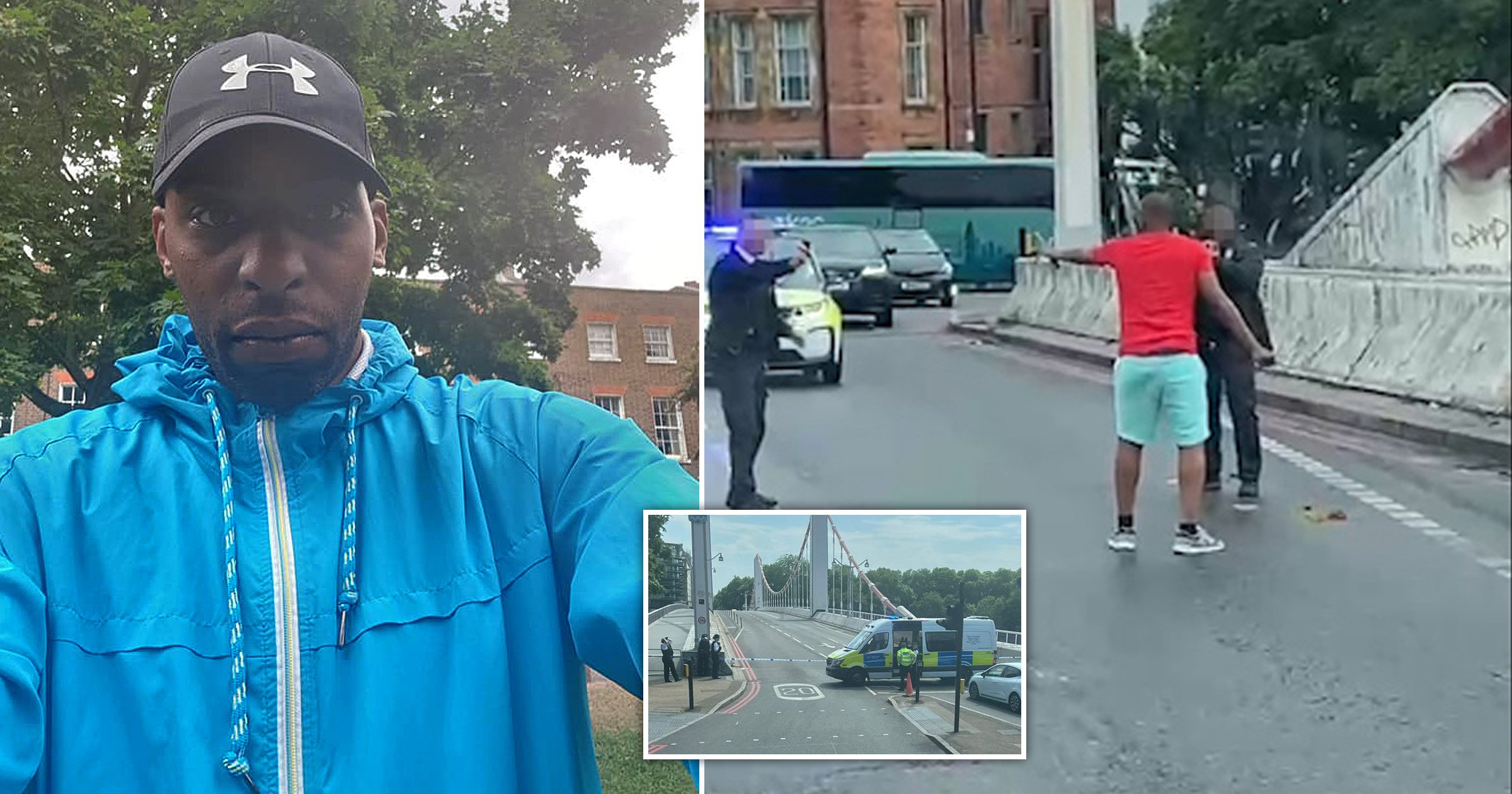 The man who died after being Tasered and jumping from a London bridge into the Thames has been pictured.

Neighbours are said to have named Oladeji Adeyemi Omishore, 41, as the individual who died in the incident.

Mail Online reported that the Pimlico 41-year-old has a history of mental health problems.

The website added that a neighbour, described him as a ‘really nice guy’ and said they saw police searching his flat.

The Independent Office for Police Conduct (IOPC) is investigating the incident on Chelsea Bridge, which arose after police were called to reports of Mr Omishore shouting incoherently and holding a screwdriver.

Two Metropolitan Police officers arrived on the scene on Saturday morning and the victim was Tasered three times.

Footage shared widely on social media showed one of the officers using a Taser on him a number of times, before he ran to the edge of the bridge and appeared to jump over the railing into the river shortly after 9am on Saturday.

He struggled to battle the tide and breathe but was pulled to safety by the RNLI before being taken to hospital but later died.

One witness explained to Mail Online: ‘When the two officers arrived he ran onto the bridge and because of his size they tried to subdue him with Taser. I saw them use it at least twice but it didn’t incapacitate him.

‘Instead he managed to run off, leap a barrier and jumped into the river. It was awful to see.

‘At some point I saw his head and shoulders come up above the water and he was bobbing around struggling to breath. The tide was strong and he wasn’t able to swim.’

The IOPC’s regional director Sal Naseem said: ‘Our sympathies are with the family of the man who died and everyone else affected. We have already met with the man’s family to explain our role and we will keep them regularly updated as our inquiries progress.

‘We have an independent investigation under way, which is looking at the interaction between officers and the man on the bridge.

‘While we have footage we would appeal to people to get in touch with us without delay if they saw or recorded any part of the incident, either on the bridge, after the man came to be in the water, or at Lambeth pier when the man was taken there.’

She continued: ‘We would also urge anyone who was on a boat near the bridge at around that time on Saturday morning to contact us.’

The IOPC say investigators have begun examining CCTV and have seen some footage filmed on a phone on the bridge, as well as from police body worn video.

Police officers involved have given their initial accounts of what happened.

A post mortem examination will take place in due course.

The Metropolitan Police’s frontline policing commander Alexis Boon added: ‘My thoughts are with the family of the man at this very difficult time. I offer my sincere condolences to them for their tragic loss.

‘Officers go to work every day to keep the public safe, and so any incident in which a person comes to harm following contact with police is understandably concerning.

‘Our officers face some of the most challenging and difficult situations daily, in doing so they are fully aware that their actions should rightly be subject to public scrutiny. The Met’s Directorate of Professional Standards made an immediate referral to the Independent Office for Police Conduct following this sad incident, and we will co-operate fully with them as they work to understand the full circumstances.’