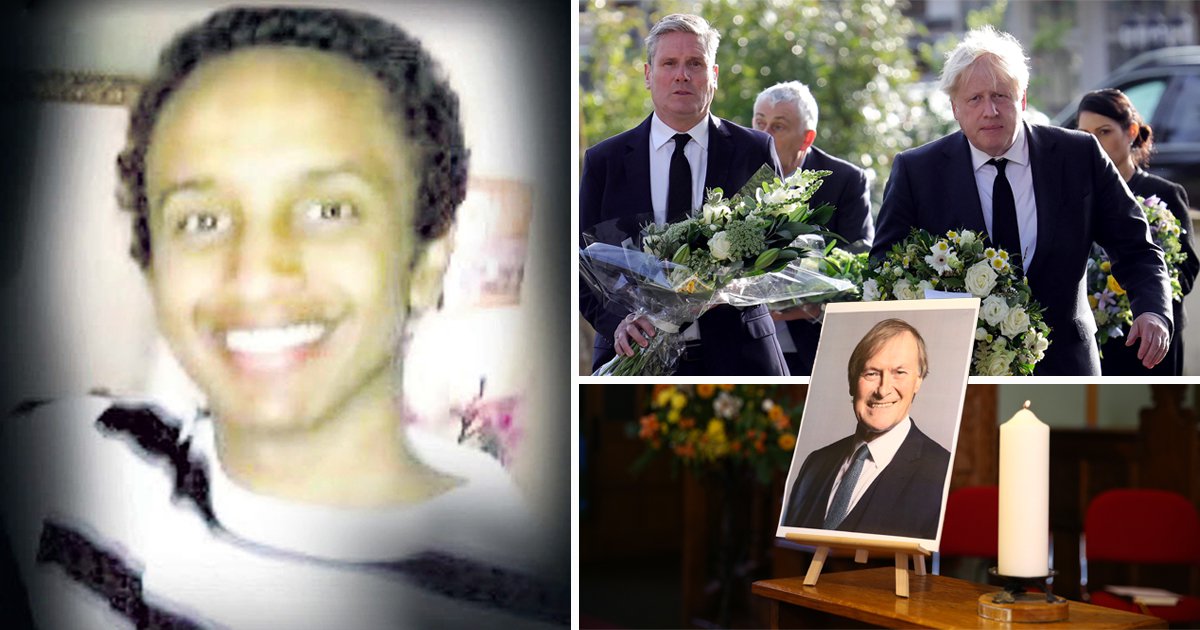 The man suspected of killing MP Sir David Amess was popular at school and wanted to be a doctor before becoming interested in radical Islam, former friends have said.

Ali Harbi Ali, 25, is still being held by terror police after the frenzied attack at a church in Leigh-on-Sea on Friday.

More details about his life are emerging, along with the first picture of the suspect.

Sir David was stabbed multiple times at the church while holding an event to help his constituents.

A Government source has told The Telegraph the politician may have been targeted totally at random and was just ‘unlucky’ as his killer wanted to stab ‘any national MP.’

Sir David regularly advertised his events online and this may have alerted his killer, it has been claimed.

He also had close links with Qatar and was chairman of the All-Party Parliamentary Group on the Gulf State. The Times has reported this may be another line of inquiry.

They said the British national of Somali heritage, who grew up in Croydon, had been a ‘really lovely lad’ who enjoyed football and socialising.

But his personality ‘changed dramatically’ in sixth form – leading to fears he was being lured by extremism online.

This coincided with him falling out with his Somali-born parents who split up when he was young.

It’s emerged that his father, Harbi Ali Kullane, is a former adviser to the office of the Prime Minister of Somalia.

He’s confirmed that he has been questioned by police as part of the investigation, alongside other members of Ali’s family who live in London.

Despite his apparent radicalisation, Ali completed four years at medical school and trained to become an NHS doctor, friends said.

It’s believed he was referred to the Government’s anti-terror ‘prevent’ programme several years ago but was not deemed to be enough of a threat to be referred to MI5.

Police were yesterday searching his ‘childhood home’ in Croydon and a property also thought to be connected to him in Kentish Town, north London.