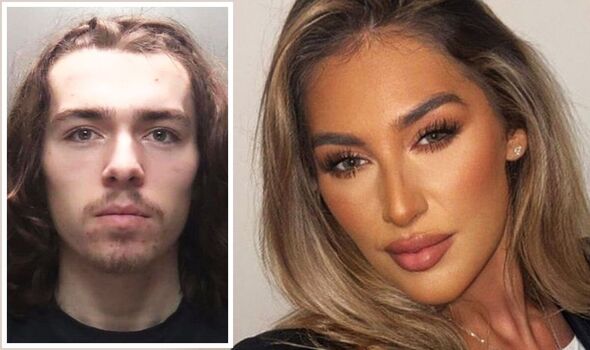 Connor Chapman, 22, appeared in court this morning after being charged with the murder of 26-year-old beautician Elle Edwards. Ms Edwards was shot at the Lighthouse Pub whilst out celebrating with friends on Christmas Eve. Merseyside Police previously confirmed that she was not the intended target of the attack. Chapman has also been charged with two counts of attempted murder, three counts of unlawful and malicious wounding with intent to do grievous bodily harm.

He spoke only to confirm his name before the case was sent to Liverpool Crown Court.

The defendant was remanded in custody before the hearing on Monday morning.

A 23-year-old woman arrested on suspicion of assisting an offender has been released on bail pending further enquiries.

Following her death, Elle’s sister Lucy described her as her “best friend, sidekick, and partner in crime”.

In a post on social media, she said she will “miss everything about her sister”.

She wrote: “I miss everything about you, especially our daily catch-ups, our long drives, we’d blast the music and sing so loud that people in traffic would be laughing at us, but we were always in our own bubble and we didn’t care, and I will miss travelling and seeing new places with you.

“I should not be waking up this morning on New Year’s Day without you, we should be dancing and singing this morning whilst we got ready to go out. We always said 2019 was our best year, but we were so convinced 2023 was going to be the year to top it…You are supposed to be finally living the life you have dreamed of, you had so many plans, hopes and dreams, we had so many plans and it breaks my heart that it has all been taken away because no one else deserved it all more than my Elle.

“I will cherish all of the amazing memories we have made, you will always be with me and I will make you proud! I love you so so much Ell, fly high bbyy”.