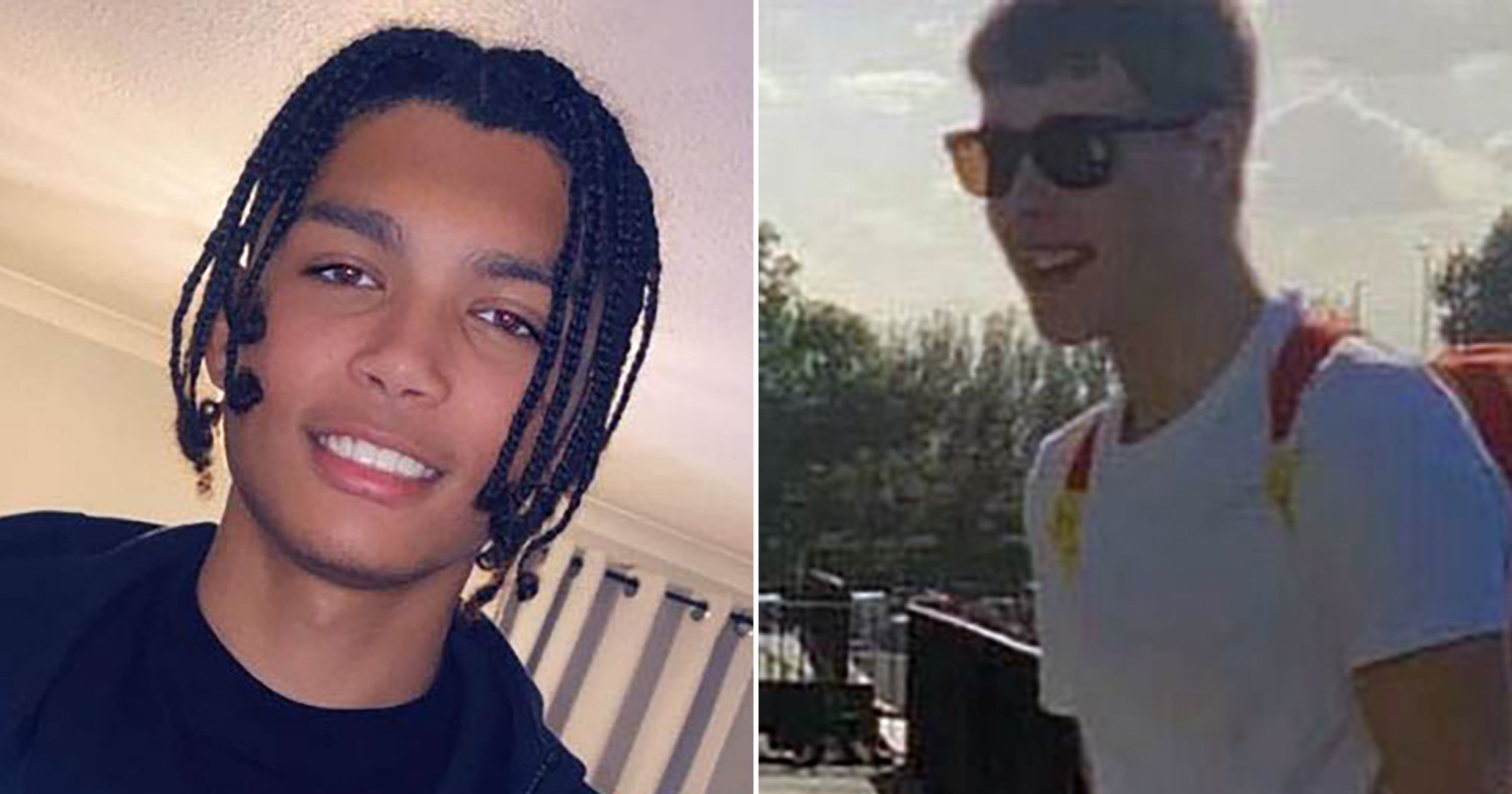 Two boys who were stabbed to death a mile apart from each other in the capital have been pictured for the first time.

The teenagers, both 16, died after being attacked in Greenwich, south London, on Saturday afternoon.

Emergency services were called at 5.10pm but both teens were pronounced dead at the respective crime scenes, despite efforts to save them.

Their families have been informed and are being supported by specialist officers.

A 16-year-old suspect, who cannot be identified for legal reasons, has been arrested on suspicion of murder.

Detective Chief Inspector Kate Blackburn, from the Met’s Specialist Crime Command, said of the arrest: ‘This is a positive development in what is a complex and fast-moving investigation.’

She added: ‘Our investigation is ongoing and we continue to appeal for the public’s help as we build a picture of what happened on Saturday night.

‘If you have information, no matter how insignificant you think it may be, please come forward.’

Police also want to hear from anyone who saw a dark SUV 4×4 vehicle with ‘distinctive silver roofing’, seen near both scenes in the days leading up to and prior to both attacks.

Speaking at one of the crime scenes earlier, Detective Superintendent Richard McDonagh said ‘homicide colleagues are investigating and treating the two killings as linked’.

‘We are both shocked and appalled by what has happened. I join the community in being deeply sad and outraged by these senseless murders,’ he said.

‘I can assure everybody affected by these murders that detectives will work relentlessly to discover what happened. Tackling violence is a priority for the Met.’

Heartbroken loved ones paid their respects to Mr Bartolo online, posting: ‘Rest in peace my beautiful angel. You was taken way to soon I miss you forever and always your my whole world. See you again soon my baby’.

Another said: ‘I love you brother, I miss you so much I said I was gonna come see you this weekend. I’ll make sure to see you soon, you’ll be missed by many!’

Floral tributes were laid in memory of both victims close to where they were fatally wounded.