A hidden camera has captured the first ever live footage of a wild sea eagle hatching in the UK.

The ‘special moment’ happened at a secret location in Abernethy nature reserve in the Cairngorms, Scotland.

Eggs were first spotted in a nest being used by eagles Shona and Finn early in March.

The nest’s location was kept a secret to stop the family being disturbed, but mum and dad successfully protected the eggs from the snow, taking turns to incubate them, with the first hatching on April 8.

A camera was hidden in a stick three metres away from the nest and captured the moment of the eaglet emerging.

Fergus Cumberland, visitor experience manager for RSPB Scotland, said: ‘The response to the eagles from the public has been one of excitement and anticipation.

‘The true character and personalities of these birds are on full display for the public to experience and it is a wonder to watch it all unfold. 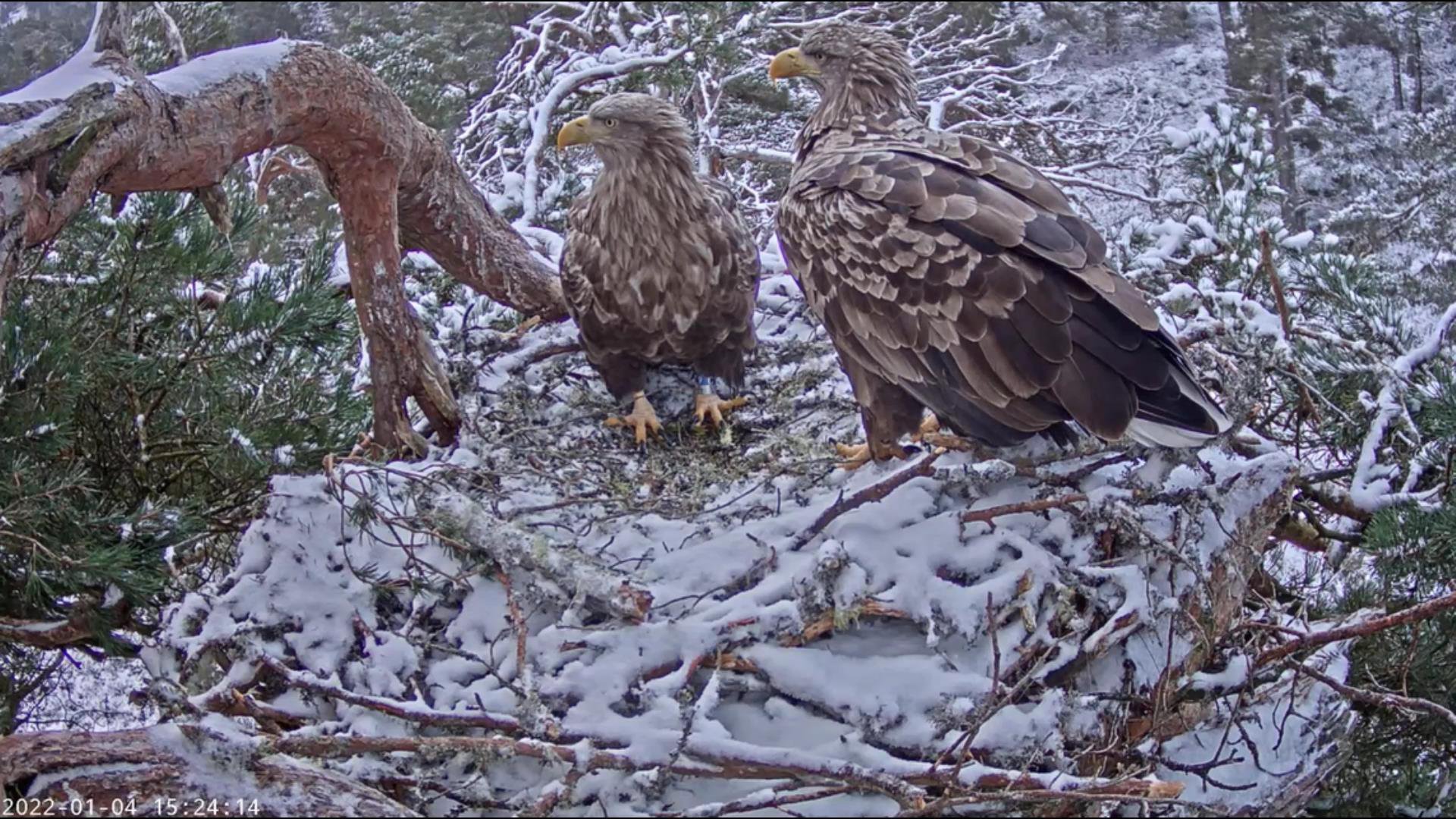 ‘Now to see that they’ve hatched their first chick is incredible. We feel so privileged to have been able to witness such a special moment.’

Also known as white-tailed eagles, sea eagles are the UK’s largest bird of prey with a wingspan of 2.5 metres.

The birds became extinct in Scotland in 1918, but eagles from Scandinavia were reintroduced to the Isle of Rum in 1975.

Subsequent reintroductions in other parts of the country, as well as the birds naturally moving around the country, means there are now populations spread as far as Fife, Orkney and the north-west Highlands.

After hatching, sea eagle chicks generally remain in the nest, being fed by their parents for approximately 12 weeks.

And after leaving the nest they remain close by and are dependent on their parents throughout the autumn, before seeking their own territory.

Jess Tomes, of RSPB Scotland, said: ‘The next two weeks are critical for this young eagle as they are unable to regulate their own body temperature for the first few days and are totally dependent on their parents to shelter them from the worst of a Cairngorms spring.

‘It’ll be a very tense time for all watching but we welcome everybody to visit us at the Nature Centre and experience these incredible moments.’