Two cases of coronavirus have been confirmed in the UK, Public Health England says.

Professor Chris Whitty, chief medical officer for England, said: “We can confirm that two patients in England, who are members of the same family, have tested positive for coronavirus.

“The patients are receiving specialist NHS care, and we are using tried and tested infection control procedures to prevent further spread of the virus.”

He added: “The NHS is extremely well-prepared and used to managing infections and we are already working rapidly to identify any contacts the patients had, to prevent further spread.

“We have been preparing for UK cases of novel coronavirus and we have robust infection control measures in place to respond immediately.

“We are continuing to work closely with the World Health Organisation and the international community as the outbreak in China develops to ensure we are ready for all eventualities.”

It comes just hours after the World Health Organisation declared the outbreak a global health emergency, and said the spread of the virus outside China was a key factor behind its decision.

Meanwhile, as a chartered flight carrying 83 Britons left Wuhan – the epicentre of the outbreak in Hubei province in China – on Friday morning (local time). 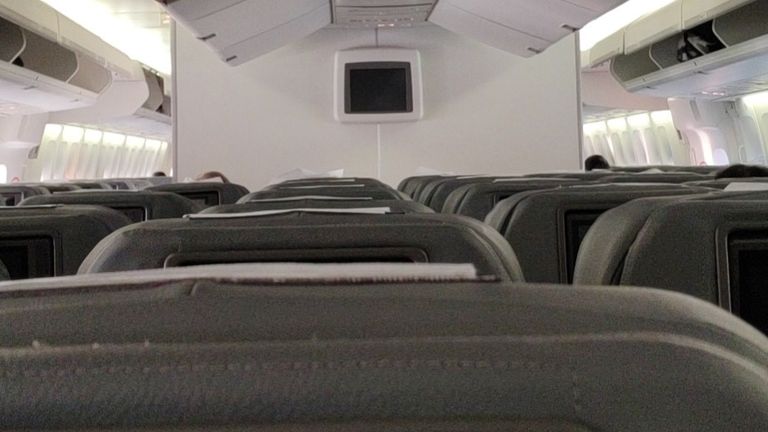 An image from inside the aircraft, which also has 27 foreign nationals on board, appeared to show several empty seats – suggesting not all those the British government had anticipated evacuating from the Chinese city had made it out.

He told Sky News: “The flight which is in the air at the moment is not the end of our efforts. It is only one part that we are doing in order to keep people safe.

“We will do everything we can to ensure that every UK citizen, every UK national, every member of their family is contacted, supported.

“If we need to, we will send another plane. We will be working with other countries to ensure the safety and security of every UK citizen and national.”

The incoming aircraft is expected to land at RAF Brize Norton in Oxfordshire, and passengers will be taken by coach to a NHS facility where they will be quarantined for 14 days. 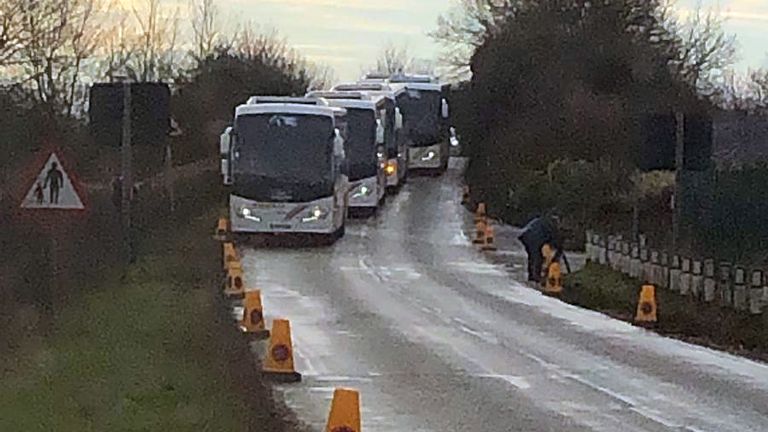 A total of 213 people have been killed by the virus in China where there have been more than 9,800 cases reported, as authorities around the world work to prevent a global pandemic.

There is no vaccine for the new viral infection, which can cause pneumonia and can be passed from person to person.

The symptoms include fever, coughing and difficulty breathing.

Though the origin of the virus has yet to be identified, the WHO has said the primary source is probably an animal.

The virus originated in the central city of Wuhan in Hubei province at the end of last year and has since spread to every province across mainland China.

A total of 98 cases have been found in another 20 countries including the US, Taiwan, South Korea, Japan, Thailand, France, Australia, Germany, Singapore and the United Arab Emirates.

Have you been affected by the recall? – Contact Sky News on: