The horrific footage shows the devasting effect pollution can have on natural habitats in rivers, lakes and the sea. The video shows multiple dead fish floating on the top of the river trapped in leafy reeds which are spread across the stream. The clip has been causing backlash from the British public, as many are slamming the news of water companies dumping raw sewage into natural bodies of water that are often used for swimming. There have been ongoing calls to the Government due to the footage that has been circulating online, to step in and put a stop to water companies from dumping sewage.

In the footage posted by Angling Trust, the cameraman said: “So this is the River Ray, the tiny River Ray and watch this.

“Two chub there, probably three, three and a half pound, the far side one chub in the reeds, that three.

“Down here, one across on the far side four, moving down another one there that’s five.

“Five chub between three and four pounds, in probably 20 metres of a tiny stream, and Thames Water have killed them all. 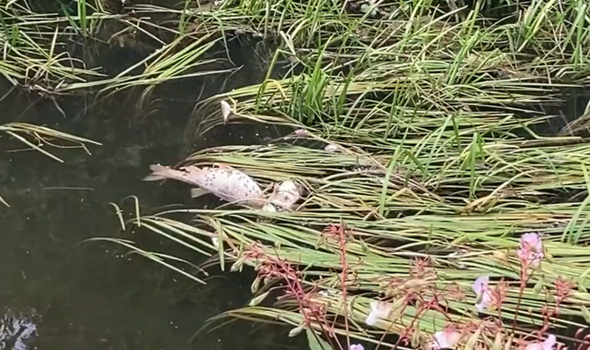 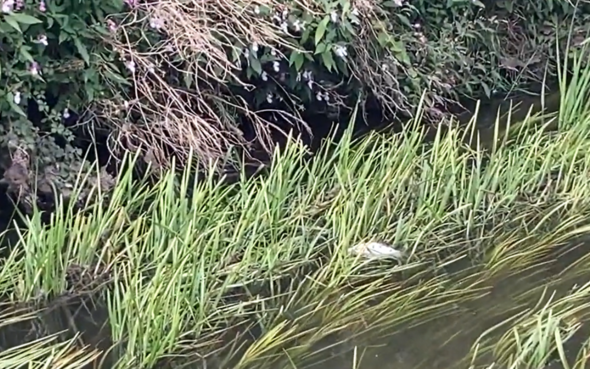 Users on social media have been reacting to the clip of dead fish floating in River Ray.

@Stephen76035315 said: “All our rivers are cesspits. Politicians are missing all the major concerns of society.”

@ZSocial1 said: “You vote for people who deliberately vote against amendments to prevent private water companies dumping untreated sewage in our rivers and oceans; if my IQ is low then yours registers as nothing other than that of cancer.”

@ContactAlex1 said: “Will they replace the fish?”

@Daveypicture said: “What’s their plan for fixing the fish? Or do they not have one?”

Daniel Zeichner MP has been calling for the Government to be held to account for the raw sewage that is flowing into rivers, lakes and the sea.

Heard it before! Meghan Markle podcast listeners SWITCH OFF as they ‘yawn’ at story [SPOTLIGHT] 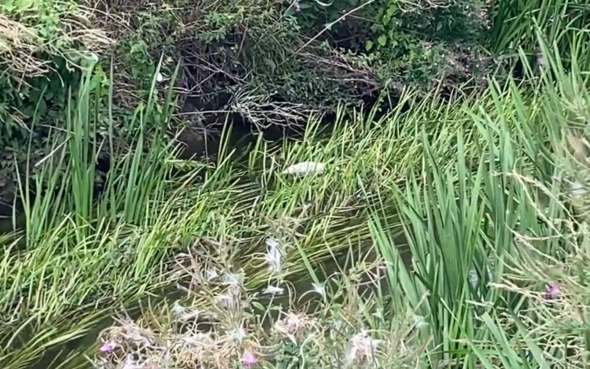 Mr Zeichner said: “The problem is we have had this issue with storm overflows, 400,000 incidents in the last year of sewage flowing out into our rivers and into our beauty spots along our coasts.

“And this has been a known problem for some time. The Government promised to take some action earlier in the year but frankly, the water companies have proved completely not up to the task.

“It is right that people are outraged at the situation we find our coasts in at the moment.

“They actually called for much tougher sanctions. They have already imposed big fines on the water companies.

“They want to go further and we support them on that. They have even spoken about possibly jailing directors. It is that serious.”