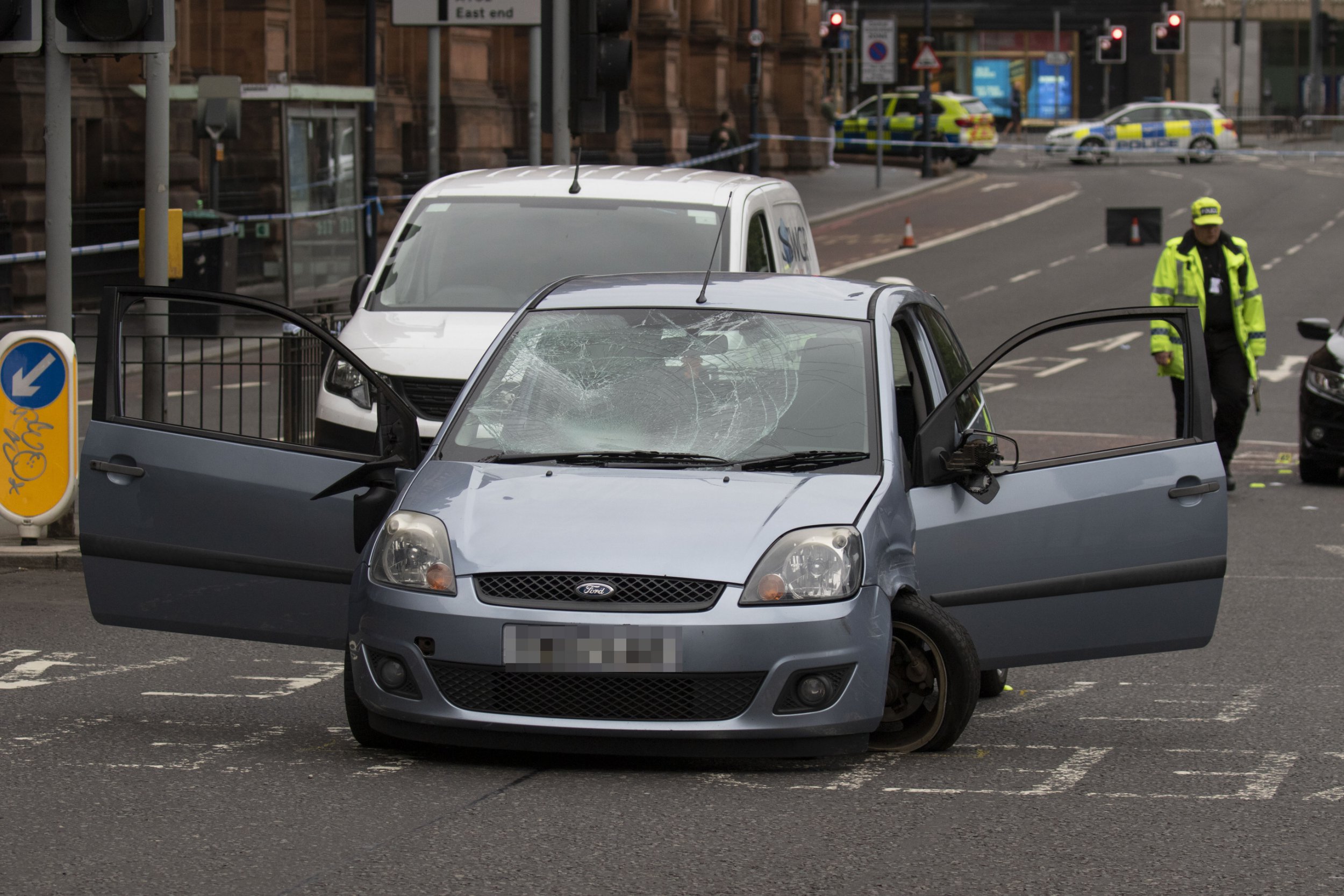 Five pedestrians have been struck by a car in Edinburgh in the early hours of this morning.

A Police Scotland spokesperson said: ‘Around 12.40am on Sunday, 12 September, we received reports of five pedestrians being hit by a vehicle on Rose Street near its junction with Frederick Street in Edinburgh.

‘Two men aged 39 and 60-years old, and three women aged 37, 22 and 65, were taken to Edinburgh Royal Infirmary for treatment where they all remain in stable conditions.

‘The vehicle did not stop at the scene and continued to Lothian Road where it was involved in a crash with a bus. No further people were injured.

‘Officers arrested a 36-year-old man in connection with the incident. Enquires remain ongoing.

‘Lothian Road remains closed up to the Western Approach junction.’