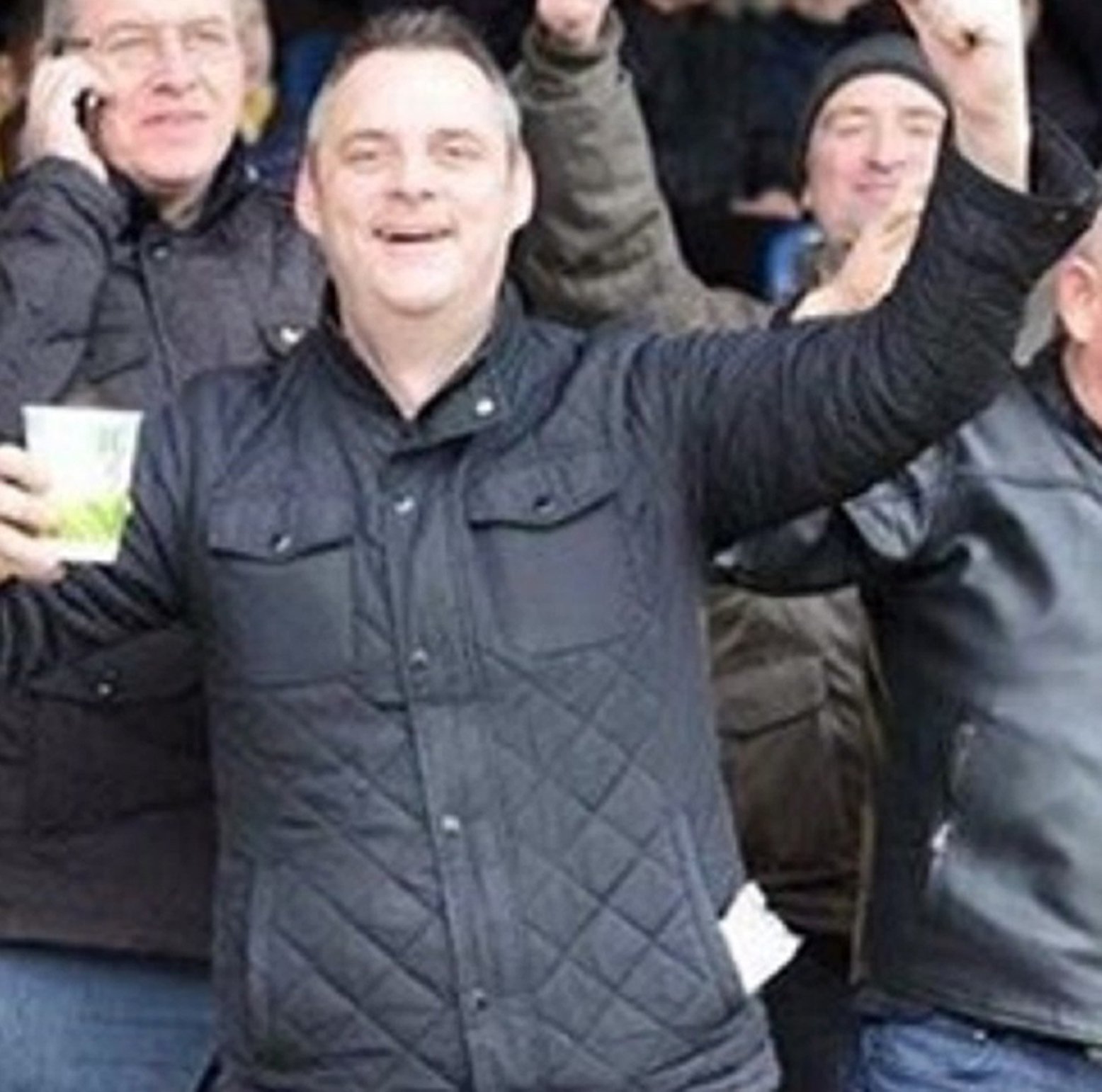 Five men have been arrested on suspicion of the murder of football fan Simon Dobbin.

Mr Dobbin died in 2020 after being left with permanent brain damage following an attack on his way home from a match in Southend in 2015, Essex Police said.

Medical tests showed there was a direct link between his death aged 48 and the injuries he had sustained five years and a half earlier.

Essex Police said that ‘as a result of those conclusions, we began treating his death as a homicide’.

They are in custody and will be questioned on suspicion of murder.

A number of people are being treated as witnesses and are also being interviewed today.

Detectives investigating the death of Simon Dobbin have this morning arrested five men on suspicion of his murder.

Cambridge United fan Simon was attacked in #Southend in March 2015.

Cambridge United fan Mr Dobbin had been to see an away game against Southend United and was described a ‘completely innocent party’.

Detective Superintendent Stephen Jennings, who is leading the investigation, said said: ‘Simon’s wife, Nicole, and their daughter Emily have been kept updated on our progress every step of the way.

‘Simon was a completely innocent party in the disorder that took place that day and his family have been through an unimaginable time.

‘The injuries Simon sustained that day did not just change his life, they also changed the lives of Nicole and Emily.

‘As a team, we will do everything we possibly can to secure justice for Nicole, Emily and Simon’s wider family and friends.’

Police added that 13 people have previously been convicted and sentenced in connection with the incident in March 2015, during which Simon sustained life-changing injuries.