A gunman opened fire killing five people and injuring 18 at a gay club in Colorado Springs.

Witnesses said late-night clubbers helped ‘subdue’ the attacker before he was arrested and taken into custody.

The violence erupted just before midnight at Club Q – which is an ‘adult-oriented gay and lesbian nightclub hosting theme nights such as karaoke, drag shows & DJs’.

Footage shared on social media shows a huge police and emergency response, with ambulances lining the streets outside the club.

One unconfirmed report claimed the suspect used a sniper rifle in the barbaric attack. 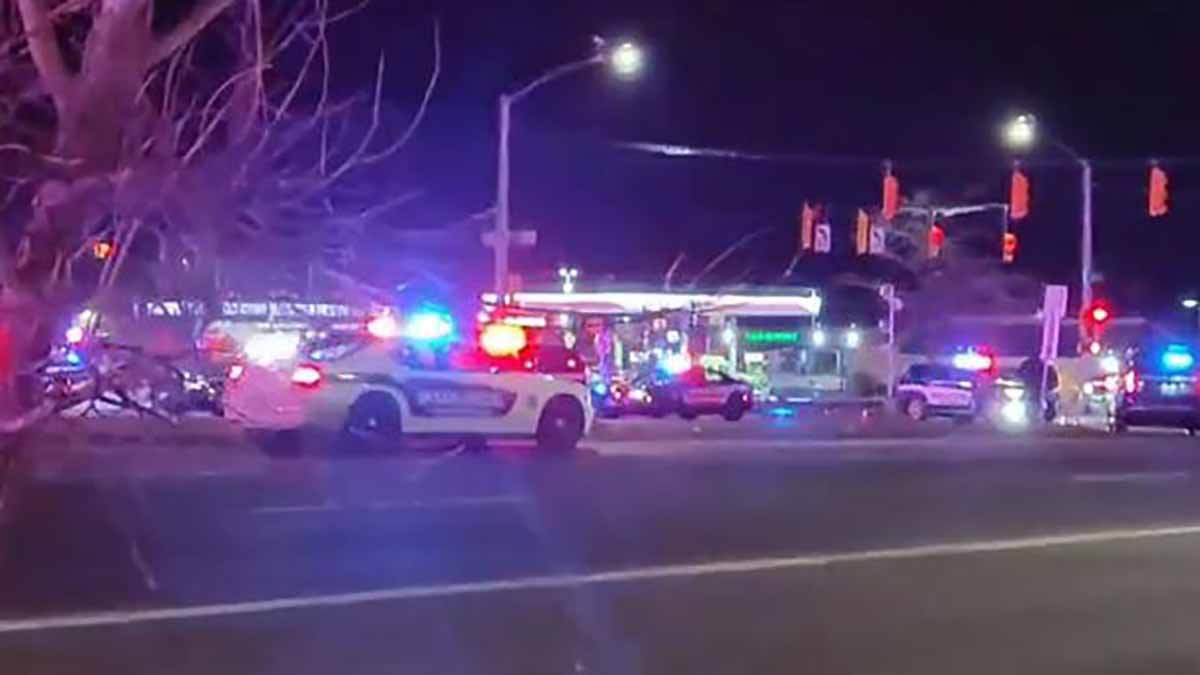 Hours after the horrific shooting, Colorado Springs police confirmed that five people had been killed in the Club Q shooting with another 18 injured.

They have not yet revealed the condition of those hospitalised.

The attack comes on the Transgender Day of Remembrance, which is observed annually on November 20 in memory of anyone murdered as a result of transphobia.

Club Q bartender, Michael Anderson, has spoken of his fear.

He told The Mirror: ‘I was afraid I was going to die. I was preparing to get shot, when the shots then stopped.

‘After a minute or two I wasn’t sure if it was over or not, so I got up and decided to make a run for it. I found a man lying on the floor being shot in the neck.’

The club posted a statement online which said: ‘Club Q is devastated by the senseless attack on our community.

‘Our prays and thoughts are with all the victims and their families and friends.

‘We thank the quick reactions of heroic customers that subdued the gunman and ended this hate attack.’