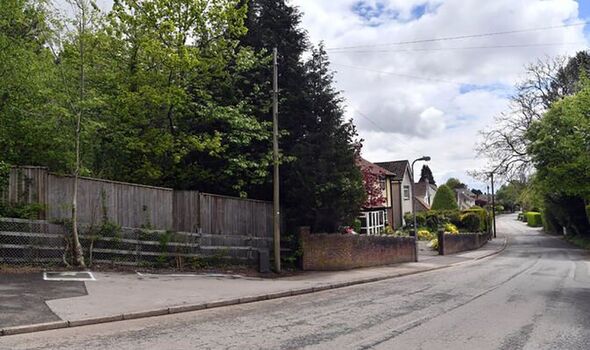 Rhiwbina Hill has been closed between Cardiff and Caerphilly, south Wales, since the accident, believed to have happened at 4.45am. Police have now confirmed five youths – aged between 16 and 18 – were taken to hospital after the red Suzuki crashed.

It was the only vehicle involved in the smash but two of the five occupants have suffered serious injuries.

They are both 18 years old, Wales Online reports.

All five youths are receiving treatment at University Hospital Wales, which is the Heath area of Cardiff.

The road has been closed in the hours since.

Other roads have been congested as a result of the closure, including local routes through the Rhiwbina and Pantmawr neighbourhoods in northwest Cardiff.

It comes after a teenager died in a crash in a BMW on the M60 recently.

Brandon Pryde, known as Brandon Geasley, almost smashed the BMW X4 head-on into a police car before eventually colliding with a red Vauxhall on the M60 near junction 27 for Stockport, Greater Manchester. The 66-year-old driver, David Faulkner, also died in the smash, which closed part of the motorway for hours.

Police in in Wythenshawe, Manchester, had spotted Brandon, 18, driving the vehicle, which was reported stolen the previous day, and pursued him.