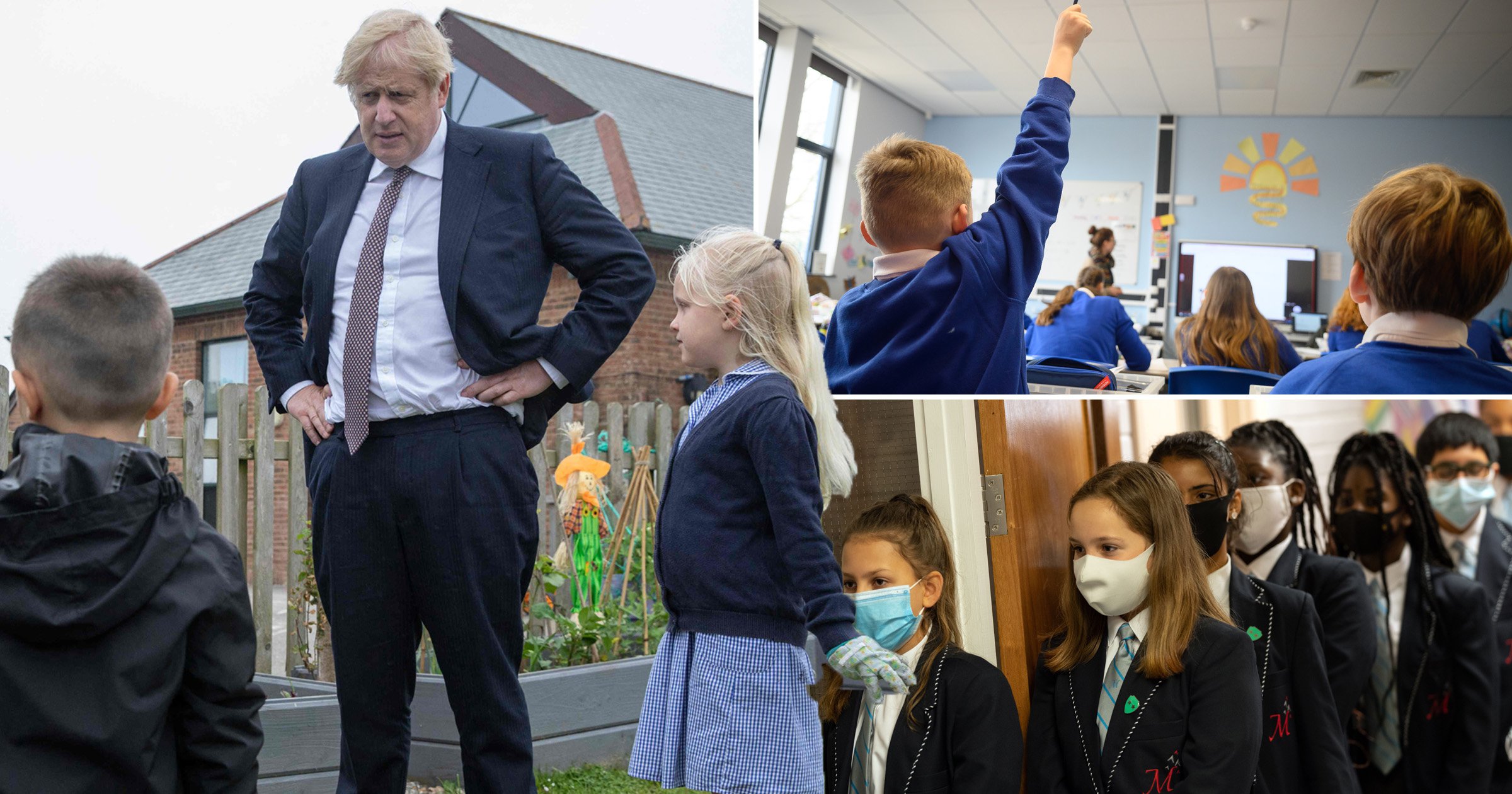 Classes could be full again from September with only a positive PCR test keeping infectious pupils at home, according to leaked proposals put to the Government.

A five-point plan to lessen the impact coronavirus is having on schools and ensure children remain in class wherever possible has been shown to ministers.

One in every 20 pupils was absent on June 24 for Covid-related reasons, latest Department for Education data showed.

This was the highest level since schools returned in March, and details of the scheme which aims to arrest the trend were passed to the Telegraph.

The plan contains a proposal to end on July 19 the requirement for schools to send home entire bubbles of pupils if just one of them tests positive.

Similarly, schoolchildren could be given daily tests instead of being asked to self-isolate if they come into contact with an infectious person, and allowed to study if they return a negative result.

The twice-weekly testing of all secondary school pupils could be reviewed in September and potentially scrapped the next month.

A ‘return to the full school day’ by the beginning of the next academic year is also proposed in the memo.

It would mean only children who test positive are asked to stay at home. The final step is to increase vaccination rates among teachers.

An announcement on the government’s plans for schools is expected on July 12, a week before so called ‘Freedom Day’ when remaining restrictions will be removed.

The five proposals were contained in an eight-page paper written by officials in Michael Gove’s Cabinet Office.

It was presented to the Covid-19 Operations Committee which delivers Britain’s policy and operational response to the virus.

If adopted they would go further than the government’s stated aim to end current isolation rules end in the autumn.

Children’s Commissioner Dame Rachel de Souza has said there is an urgent need for children to get back to normal.

She branded lockdown restrictions a ‘real trauma’ for many young people.

A spokesperson for the government told the Telegraph: ‘Throughout the pandemic we have always sought to keep pupils in school and protect their education.

‘As the Education Secretary has said, we expect to be able to confirm plans to lift restrictions and bubbles as part of Step 4 [in the roadmap out of lockdown].

‘However, no final decisions have been made on this or future testing and isolation requirements.’