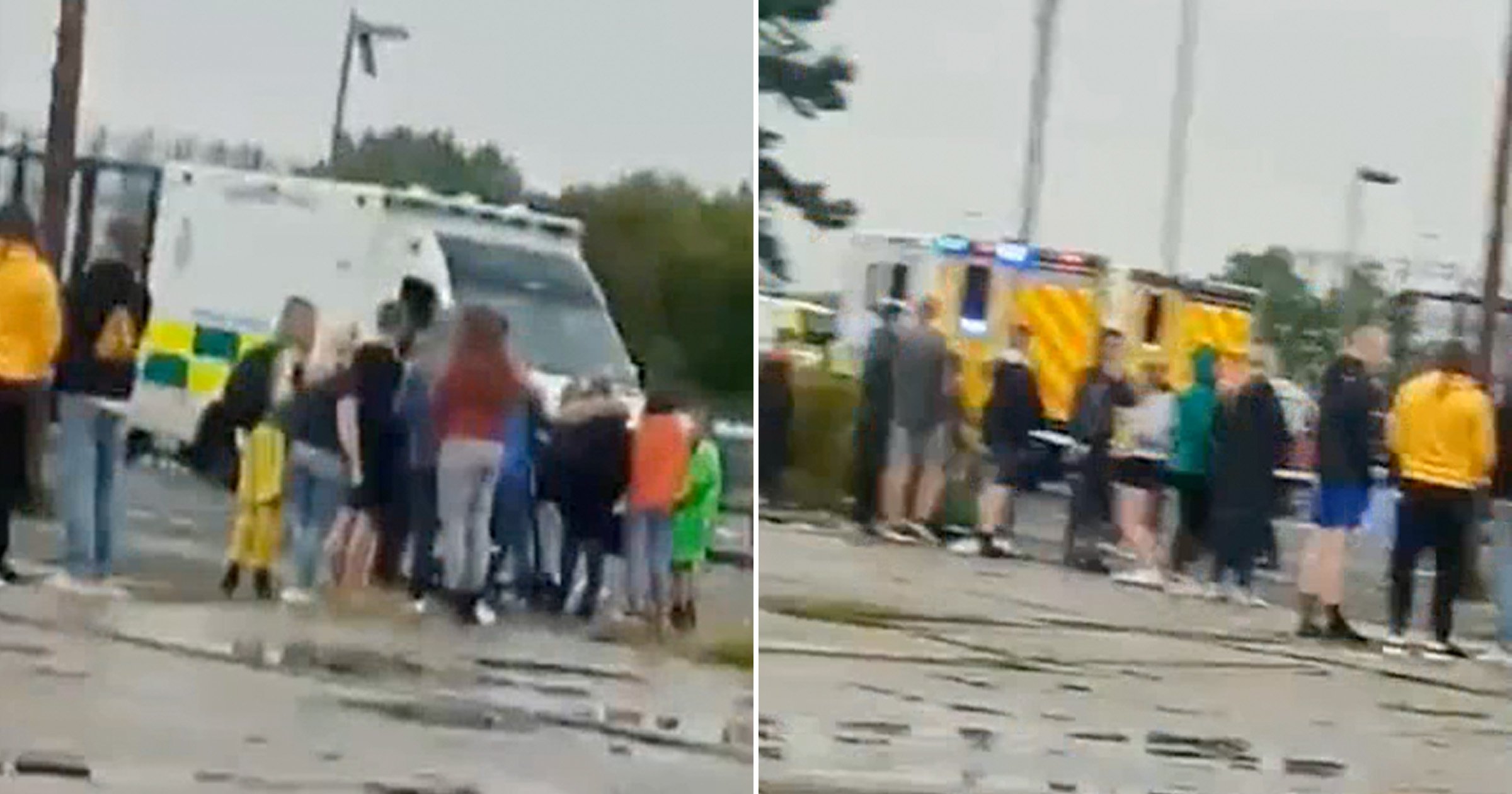 Five youths said to be ‘teenagers’ or ‘kids’ have been taken to hospital after they were hit by a car in Glasgow.

Their exact ages and injuries have not yet been detailed.

Emergency services were scrambled to Provanmill Road, in the Blackhill area of the city, at 5.40pm today after they were hit by the vehicle.

The five have been taken to hospital and a 34-year-old man is being questioned in connection with the incident.

One resident told The Sun: ‘There’s quite a lot of children been injured. It’s a horrible, horrible incident.

‘I didn’t see them getting hit. All I heard was a big bang.

‘I looked about and seen the kids were strewn all over the car park. Then I ran down.’

What the hell has happened up blackhill? Hearing loads of kids have been knocked down ð²just got sent this off a mate pic.twitter.com/rCGyuCQD4g

Another local said they heard a bang and ran to see if they could help, by which time police and parents were arriving.

‘It’s a shame. They were teenagers,’ they added.

A Police Scotland spokesman said: ‘Around 5.40pm on Monday, August 22, police were called to a report of five youths struck by a car on Provanmill Road, Glasgow.

‘Officers attended and the five youths were taken to the Royal Hospital for Children.

‘A 34-year-old man has been arrested in connection with this incident and enquiries are continuing.’