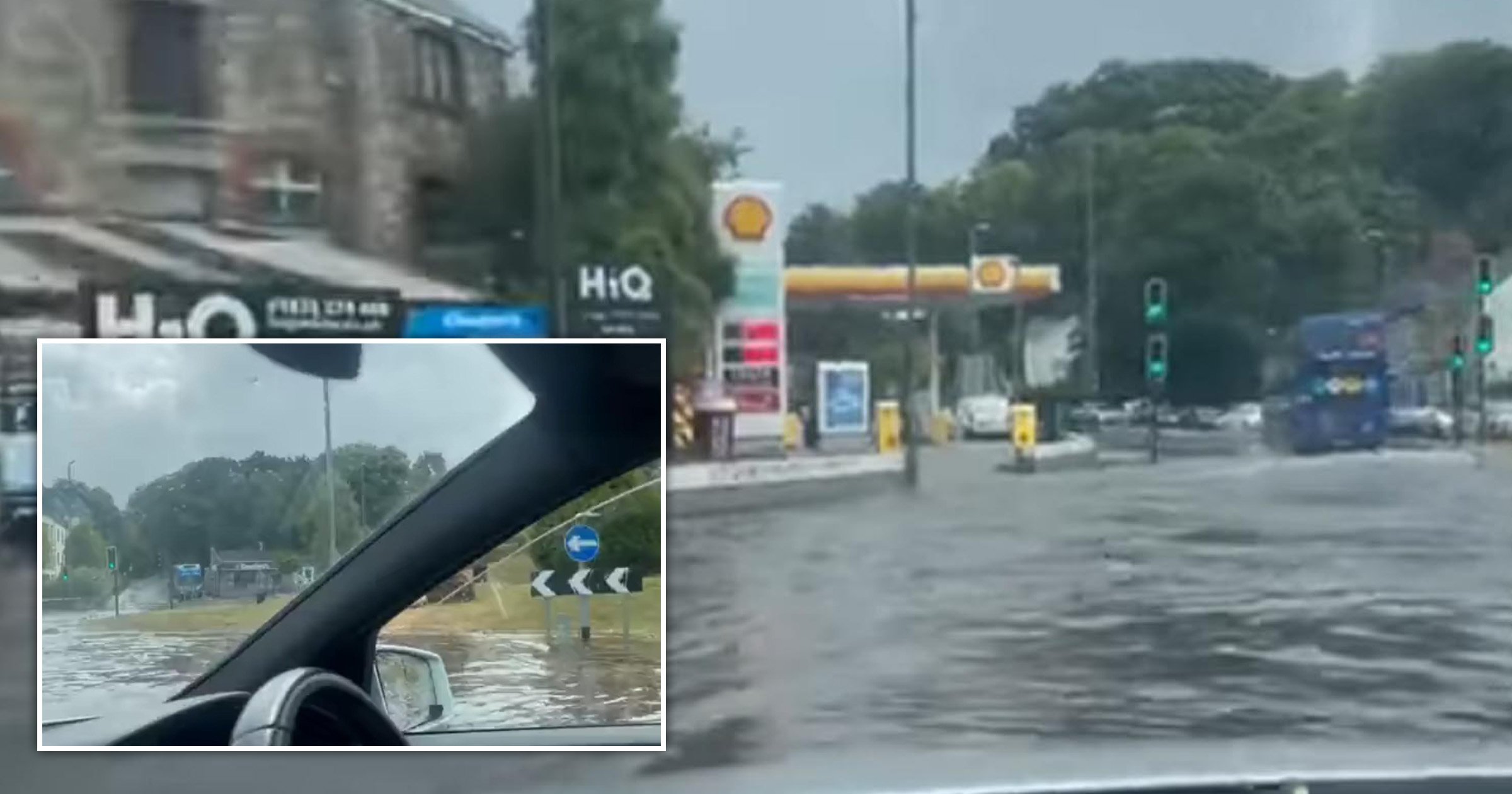 Parts of Devon and Cornwall have been flooded as thunderstorms sweep across the UK.

Heavy rain poured down on the south west, causing roads to be submerged in water and locals to say they had never seen anything like it.

The Met Office had already issued an amber thunderstorm warning for areas of Cornwall, Devon and Somerset meaning there is a chance of homes and businesses flooding, power cuts, fast flowing or deep floodwater causing danger to life, transport disruptions and communities being cut off by flooded roads.

Footage posted on social media showed a roundabout near the river in Truro, Cornwall, quickly flooding with water this afternoon after heavy showers.

Ruan Sims, the manager of the HiQ Tyre and Autocare garage on the roundabout explained that the road had flooded in the past but he has never seen the water go that high.

He said the water came in suddenly as the rain started but then fully drained away about 10 minutes later and the sun came out.

‘It was quite mad. We have never seen it go that high,’ Mr Sims said.

‘It didn’t go into the garage but it came right up to the wall.’

He said cars were driving through it slowly but he saw that a few stopped until the water level started to go down again.

Met Office meteorologist Tom Morgan said that most places have had a dry day, but added: ‘There have been areas of the country which have predominantly seen the heavy showers today, in the south-west of England.

‘We have seen some flooding in parts of Cornwall and Devon,’ he said, adding that there has been ‘very difficult driving conditions, flash flooding, some hail with the thunderstorms and some lightening.’

Mr Morgan said the flooding is also ‘causing potential for some power cuts and some potential flash flooding particularly in towns and more urban areas’.

‘There are also thunderstorms in east-coast areas in Suffolk, Essex and Lincolnshire.

‘There is as well just as much potential for tomorrow to be as impactful as it has been today.’

Yellow warnings are also in place for most of the UK on Tuesday and for southern England on Wednesday.

It comes after weeks of little rain and warm conditions have caused droughts across parts of the UK, leaving land parched.

Earlier, Londoners were warned that the dry weather has left the city vulnerable to flooding, with grassland unable to absorb water as quickly. 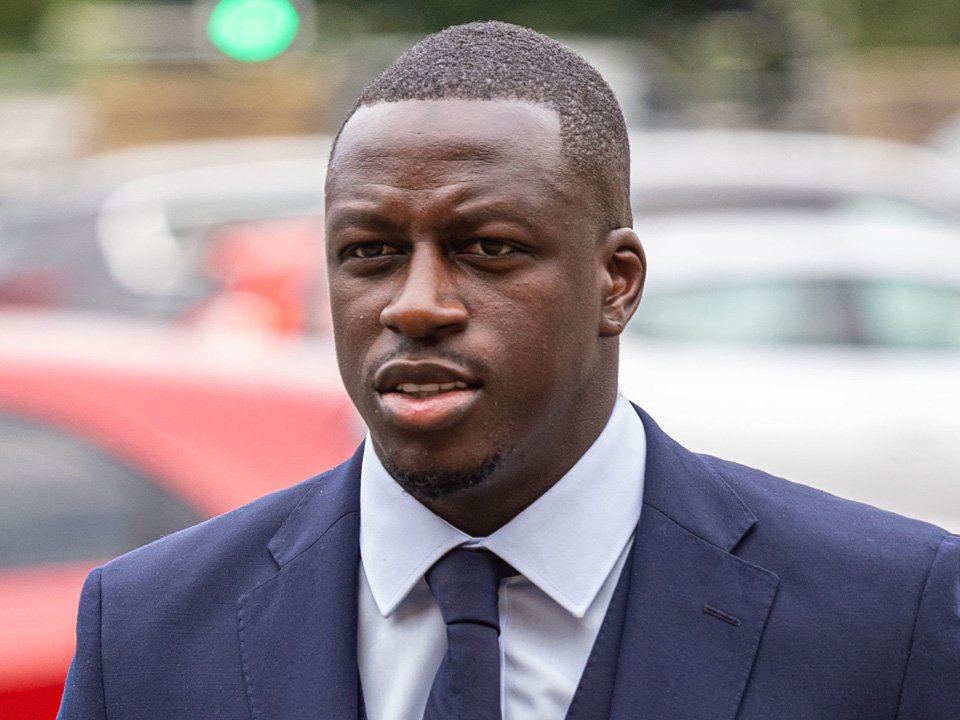 The National Drought Group on Friday moved parts of the South West, parts of southern and central England, and the east of England into official drought status while six water companies have already or are planning to impose hosepipe bans.

Inverness in Scotland was hit by heavy rain on Sunday, with footage and photos shared online showing water leaking through the ceiling of a Vue cinema and flooding a Tesco store.

Professor Hannah Cloke, an expert in hydrology at the University of Reading, explained earlier why there is the potential for floods in drought-hit areas.

She said: ‘The ground is really dry and when it is so dry it acts a little bit like concrete and that water can’t get in so it drains straight off.

‘There is the damage to homes and businesses these floods can cause, and inconvenience with transport disruptions, but if it is very heavy in one place it can also be very dangerous.’

On how it could affect urban areas, she added: ‘If you get heavy rain in a city, the drainage system can cope up to a point, but if there is really heavy rain it can overwhelm the system – the rain cannot run away quick enough.’

In rural areas, Professor Cloke said this sort of flooding often hits low points in roads and under bridges, adding: ‘It is very dangerous to drive through flood water.’

Explaining why this heavy rain will not alleviate drought-hit areas, she continued: ‘It’s a drop in the ocean really. It is not soaking into the soil which is how we really need it. We need it back into the system where it can be stored.

‘We really need a long winter of rain to replenish this.’