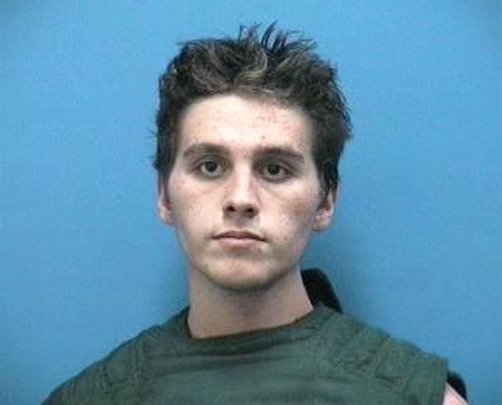 A former college student who killed 2 strangers and chewed on one of their faces will be committed to a mental institution after a judge accepted his plea of not guilty by insanity.

Austin Harrouff was charged with the killings of John Stevens, 59, and Michelle Mishcon Stevens, 53, in their Florida garage in 2016. He also injured a third neighbor who tried to intervene.

After a tense hearing where family members of the victims expressed frustration with the prosecutors and legal system, Judge Sherwood Bauer sentenced Harrouff to a secure mental facility for treatment.

‘It’s a sad case, it’s an awful case, but nobody is losing sight of the death and injuries sustained in the case,’ Bauer said.

But family members expressed frustration that Harrouff avoided a trial and would not face jail time for the slayings.

‘It seems that nobody really cares that Michelle and John are dead – not his parents, not the defense, the county, the state, everyone just wants to get this over with so Austin could get a slap on his wrist and go home and go on with the rest of his life,’ Mishcon testified before the court.

Cindy Mishcon, Michelle’s sister, read to the court some of the contents of Harrouff’s text messages obtained by prosecutors. In the messages, Harrouff admits to heavy drug and alcohol abuse, driving drunk and high, and frequently blacking out.

‘Is it really so hard for you to understand that you are a cold blooded murderer and not a victim?’ she asked.

But Judge Bauer said there was little he could do after psychiatrists for both the prosecution and defense came to the same conclusions. ‘In this particular case, three doctors made the determination of insanity.’

The attack happened after Harrouff stormed off in anger while dining with his parents at Duffy’s Sports Grill in Jupiter, Florida in August 2016.

Security footage from the restaurant shows Harrouff calmly leaving about 45 minutes before the attack. But after he left, Harrouff’s mother called 911 and warned authorities that her son was acting delusional.

Harrouff claimed he was fleeing from a demon named ‘Daniel.’ In the process of running from the delusion, he stripped off most of his clothes and somehow ended up in the Stevens’s garage, where he drank chemicals they had stored.

When police arrived at the scene, Harrouff had killed the couple with tools he found in the garage and was biting off pieces of John Stevens’s face.

It took several hits from a stun gun and a police dog to pull Harrouff away from the victim. First responders then treated Harrouff, who almost died from chemical burns in his esophagus and stomach.

Harouff was at the time a 19-year-old bodybuilder and exercise science major at Florida State University. He claimed he was not under the influence of steroids or hallucinogenic drugs.

A toxicology report confirmed he was not under the influence of drugs such as bath salts, which have caused similar psychotic episodes.

The psychiatrists came to the conclusion that Harrouff suffered an acute psychotic episode during the attack.

‘The fact that Mr Harrouff persisted in biting the male victim in the presence of police officers, in spite of threats of being shot, being tased and receiving multiple kicks to the head, suggests that Mr Harrouff was actively psychotic,’ Dr Phillip Resnick wrote in a report obtained by the South Florida Sun-Sentinel.

Resnick also found that he suffered from ‘clinical lycanthropy delusions’ – or believing he was a werewolf.

Harrouff was also interviewed by popular television psychologist Phil McGraw for his show ‘Dr Phil.’ The court initially prevented the episode from airing, but later prosecutors released the episode.

Dr Phil interviewed Harrouff on a video call. Harrouff said he does not remember how he ended up in the Stevens’s garage, or why he attacked the couple – only grabbing a machete while Michelle Stevens screamed.

‘It’s like it happened but I wasn’t aware of it at the time,’ he told the television therapist. ‘If I knew, I would tell you.’