Cost of living: Tesco boss warns of spike in food bank use

The cost-of-living crisis has seen a rise in food bank users, as shop prices rose by a record 5.1 per cent in August, according to the latest report by the British Retail Consortium. This, combined with a huge surge in energy bills, has led to an “unsustainable situation”, Ian Oulton, a trustee of West Cheshire Foodbank, said.

Mr Oulton claimed the charity is seeing a 70 per cent increase in use compared to pre-pandemic levels.

He said: “For the first time, we’re spending thousands of pounds on food to top up our supply – around 20 per cent. This is an unsustainable situation for an independent charity.

“The majority of people coming here are working people. People with full-time jobs are now requesting non-cook food because people can’t afford to put the oven on.

“More and more are turning down fresh veg because they can’t afford to cook it. This is a disaster. What happens when it gets colder?”

Alongside a rise in people relying on food banks, figures show there has been a drop in donations, reports Cheshire Live. 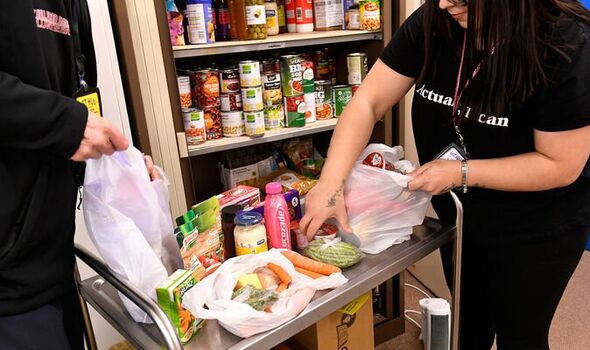 A survey of independent food banks by The Independent Food Aid Network (IFAN) found that 72 per cent of 73 organisations reported that food donation levels have dropped since April of this year, while more than half had needed to dip into reserves to pay for supplies.

Nearly 90 per cent of 84 organisations said they saw demand rise since April this year, while 87 per cent reported being hit by supply issues over the same period and one in five said they needed to reduce the size of their food parcels.

Spiralling prices have also seen more affluent shoppers rely on food banks, according to the manager of Earlsfield Foodbank.

Charlotte White said: “Over the last few months of working here I’ve witnessed people that used to be regular donors becoming users of the food bank.”

Labour MP Ian Byrne, who has been campaigning to tackle food insecurity said: “It’s a terrifying wake-up call for this nation when the food banks, which shame one of the richest countries in the world and should not exist, are now themselves running out of donations.

“Surely now is the time to say enough is enough and demand a right to food in legislation and systemic change to tackle the humanitarian crisis of poverty in our communities. The millions of children going hungry in our nation deserve nothing less.”