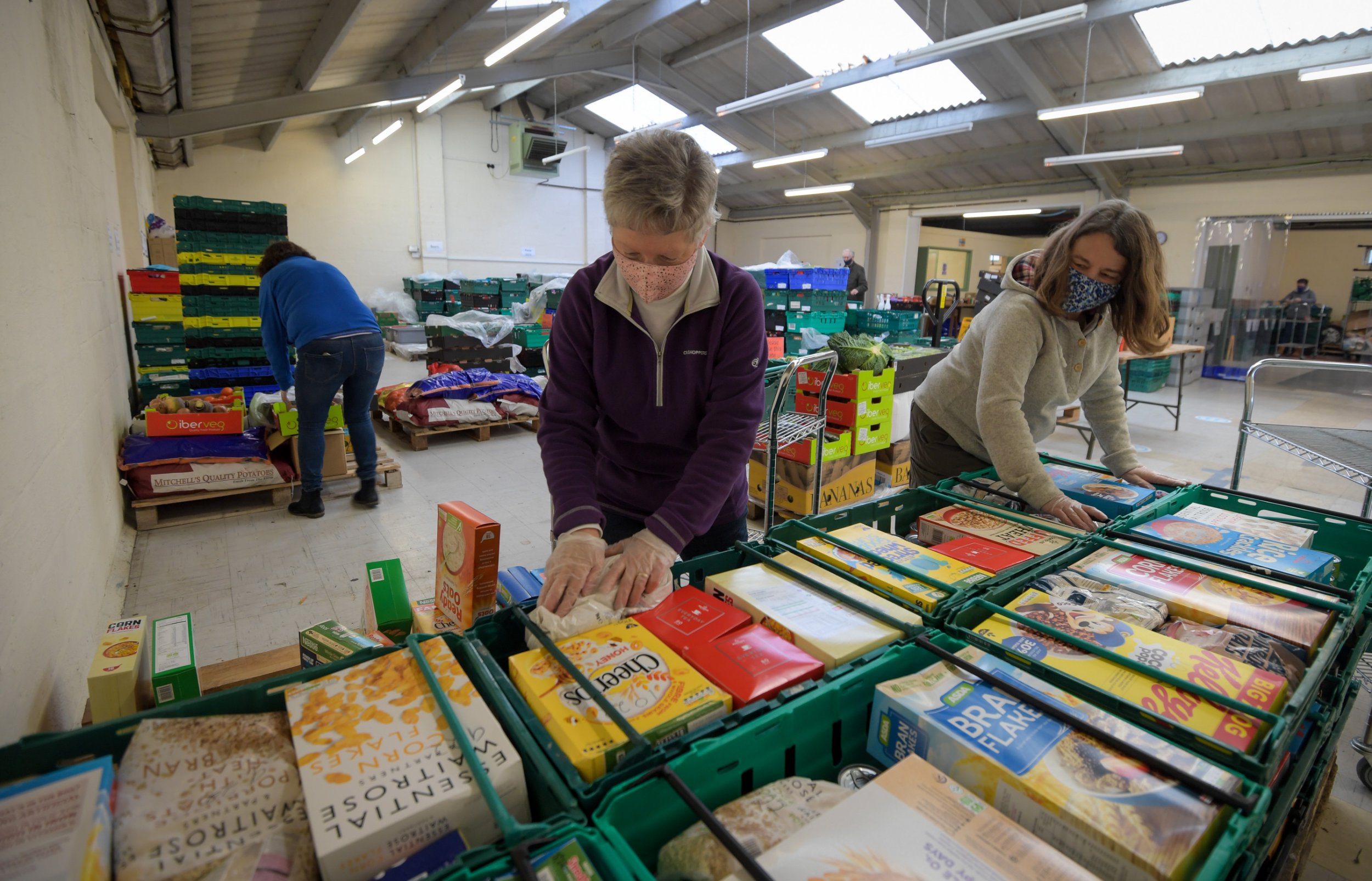 Food banks have said the cost of living crisis has created a ‘completely unsustainable’ increase in the number of people relying on them.

The combination of skyrocketing energy bills and inflation has left food simply unaffordable for many Brits.

But as more and more families turn to food banks, demand may soon surpass supply, meaning people could be turned away.

Out of 169 providers, 70% told The Guardian they might have to start refusing people this winter or reduce the sizes of their packages.

Food banks have already seen a ‘dramatic’ surge in people needing them since April – when the energy price cap shot up 54%.

This has been made even more disastrous by the fact they are also seeing a decrease in donations.

One in five providers say they have already resorted to making their parcels smaller.

The Independent Food Aid Network (Ifan UK), which supports more than 550 food banks in the country, is pushing the Government for ‘urgent, cash first interventions’.

Ministers have not yet made any major moves on the looming crisis, with no policy announcements expected until the Conservatives elect a new leader in September.

The favourite to win, Liz Truss, believes tax reductions will help solve the economic situation, saving up to £30 billion.

The Foreign Secretary, a well-known Margaret Thatcher fan, has previously spoken out against giving the public anymore ‘handouts’.

Ofgem last week announced an eye-watering 80% increase to the energy price cap, meaning a typical household is facing bills of £3,549 a year from October 1.

Since then, Ms Truss has spoken more on the issue with sources promising the politician would ‘consider options to help people’.

These ‘options’ reportedly include a 5% VAT cut which is estimated to save households £1,300 a year.

Ms Truss’s team is also considering extending a 5p cut in fuel duty, announced by her opponent Rishi Sunak at the last Budget, which is due to end in March.

In an article for Mail+, Boris Johnson assured the country that whoever succeeds him will announce ‘another huge package of financial support’.

Will you be affected if food banks have to start turning people away?

Get in touch with Metro.co.uk or email: [email protected]co.uk