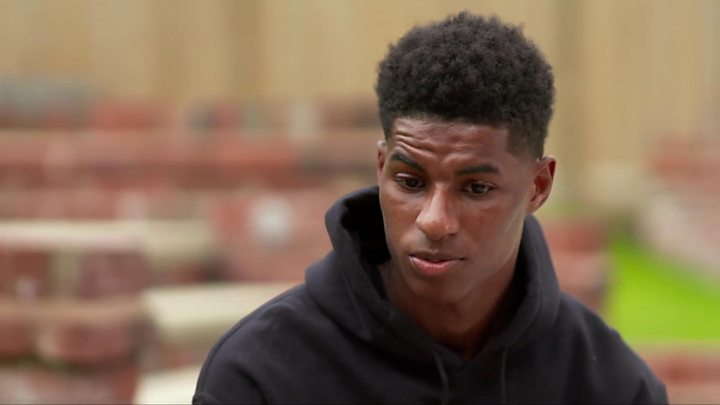 About 1.3m children in England will be able to claim free school meal vouchers in the summer holidays, after a campaign by footballer Marcus Rashford.

The Manchester United forward, 22, welcomed the six-week voucher for eligible children, saying: “Look at what we can do when we come together.”

During the coronavirus lockdown the government is providing vouchers to families whose children qualify for free meals. But it had insisted this would not continue outside of term time.

This prompted the England squad footballer to pen an open letter to MPs.

Speaking to BBC Breakfast on Tuesday evening, Mr Rashford said he was “grateful that the prime minister did change his decision”.

The footballer said he spoke with Mr Johnson on the phone earlier and that the PM thanked him “for using what I’ve built in a positive manner”.

“He was just grateful that someone had an opinion and shared it with people,” Mr Rashford added. “Being that voice for people who didn’t really have the platform to speak out as much as they would like to.”

At the daily coronavirus briefing in Downing Street, Mr Johnson said: “I talked to Marcus Rashford today and congratulated him on his campaign which to be honest I only became aware of very recently, today – and I thank him for what he’s done.” 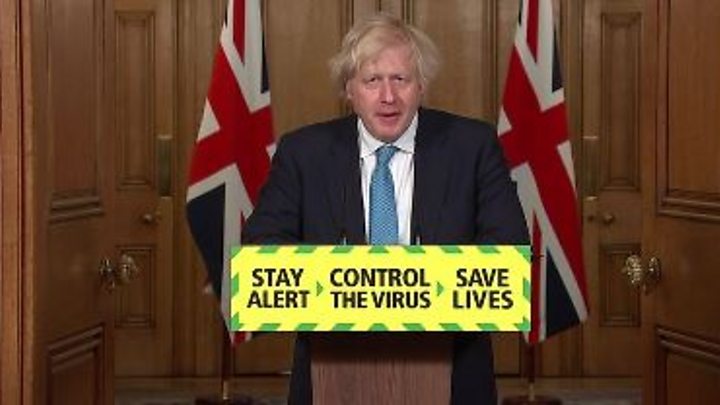 “Clearly free schools meals should generally apply in term time… but we have to understand the pressure that families are under right now,” he said.

“It will help the kids from the families that really need it.”

All children eligible for free school meals in term time in England will benefit from the “Covid summer food fund”, Downing Street said.

Scotland and Wales will also continue with the voucher programme, while Northern Ireland’s First Minister Arlene Foster has said she will be proposing that the scheme be extended over the summer “if the necessary finances can be secured”. 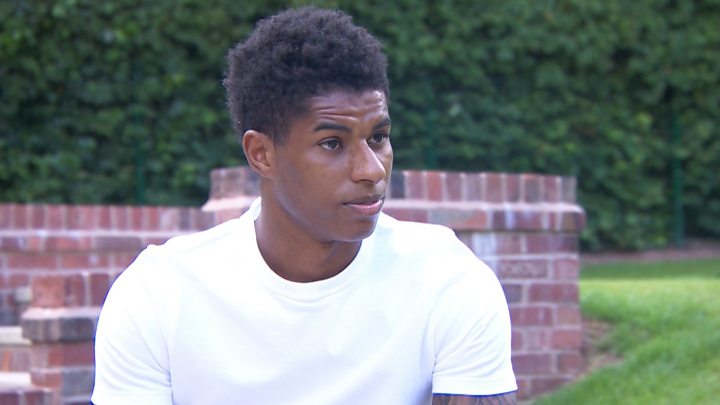 The support in England works out at about £15 a week per recipient, and will cost around £120m.

BBC political correspondent Chris Mason said he was told this was “additional funding agreed by the Treasury”.

In a statement “to all MPs” posted on Twitter, Mr Rashford said he was “thankful” that they had given families “one less thing to worry about”.

For weeks, campaigners have been calling for free school meals to be offered during the holidays.

Many families whose children qualify for free meals have since the lockdown began been issued with either an electronic voucher or gift card worth £15 each week per pupil, to spend at supermarkets including Sainsbury’s, Asda, Tesco, Morrisons, Waitrose and M&S.

Almost 1.3 million school children in England – accounting for 15.4% of state-educated pupils – were eligible for and claiming free school meals in January 2019, according to the latest available data.

Last year’s figures showed the need was greatest in parts of London, the north and Midlands where between a quarter and a third of all pupils were getting the free meals. 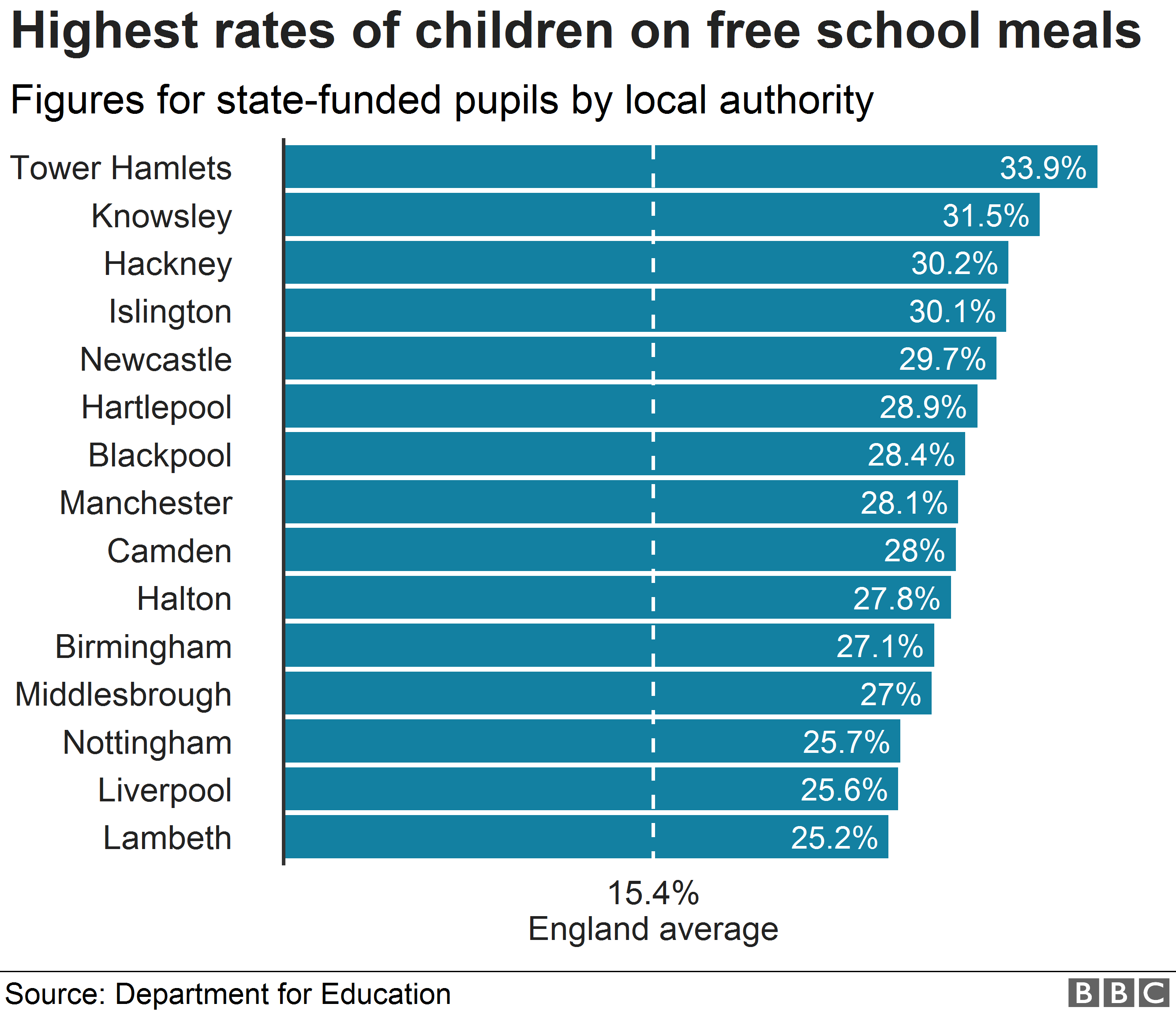 The prime minister’s official spokesman said the food vouchers to cover the six-week holiday period were a response to the “unique circumstances of the pandemic” and would not continue beyond the summer.

Referring to Mr Rashford, he added: “The PM welcomes his contribution to the debate around poverty and respects the fact that he has been using his profile as a leading sportsman to highlight important issues.”

As a striker with a killer instinct in front of goal, Marcus Rashford is used to beating defences.

And he’s cut straight through a nervous defensive wall of Conservative ministers – leaving them wrong-footed and facing an embarrassing own goal.

A number of Tory MPs had already voiced their disquiet – and how many of them really wanted to find themselves up against an England football hero, and the risk of children going hungry?

The U-turn means the government will pay the extra £120m to extend free school meal vouchers across the six weeks of the holidays, available to 1.3 million children.

It’s a one-off deal for the unprecedented pressure caused by the coronavirus – with food banks warning of growing demands.

But Mr Rashford, and his 2.7 million Twitter followers, proved a tough target for the government – and he’s beaten them with a fast-footed appeal directly to public opinion.

Earlier, Work and Pensions Secretary Therese Coffey was widely criticised for a comment she made in response to Mr Rashford’s campaign.

Mr Rashford had asked others to think about struggling parents who have had their “water turned off”, and whose children have gone hungry.

Ms Coffey replied to his Twitter thread on free school meals, saying “water cannot be disconnected” – prompting the footballer to say he was “concerned” she had only acknowledged part of his message.

Among Tory MPs praising the U-turn was Tim Loughton, who said he was “delighted” the government had “listened to Conservative backbenchers”.

The children’s commissioner for England, Anne Longfield, who wrote to the chancellor about the issue last week, said she was pleased ministers had “seen sense and changed their minds”.

‘So much less stressful’

Sonja from near Basingstoke, who has three teenage children, said the government’s change of heart was “wonderful”.

She told BBC Radio 5 Live Drive she found herself out of work and relying on benefits because of the pandemic.

The free school meals vouchers have been a lifeline so far, Sonja says, adding that she was grateful to Mr Rashford for his campaign.

“[The U-turn] takes away that worry of the six-week summer holiday and makes it so much less stressful.” she said.

But she added: “I feel sad that it had to be a campaign. They have been throwing money to keep everyone afloat but left behind people on universal credit and free school meals.”

Dev Sharma, Youth MP for Leicestershire, said the vouchers have been a safety net for his family and expressed his delight the government has decided to fund them over the summer after all.

The 15-year-old said the move “means the world” to him and his brother “to know that my mum and dad have now sufficient funds to feed [us] over six weeks”.

“I can now have access to a decent meal and be on the same level as my peers from more affluent backgrounds,” he said.

Andrew Forsey, chief executive of Feeding Britain, said the footballer has “done incredibly well for himself, but hasn’t forgotten his roots”.

But Helen Barnard, acting director of the Joseph Rowntree Foundation, said the government’s scheme “only covers a minority of children in poverty and the pressures are much wider than just school meals”.

She said “soaring numbers of families” were having to rely on foodbanks to get through the pandemic, even with the voucher scheme in place.

Does you child qualify for free school meals? Will the vouchers help your family? Email [email protected].