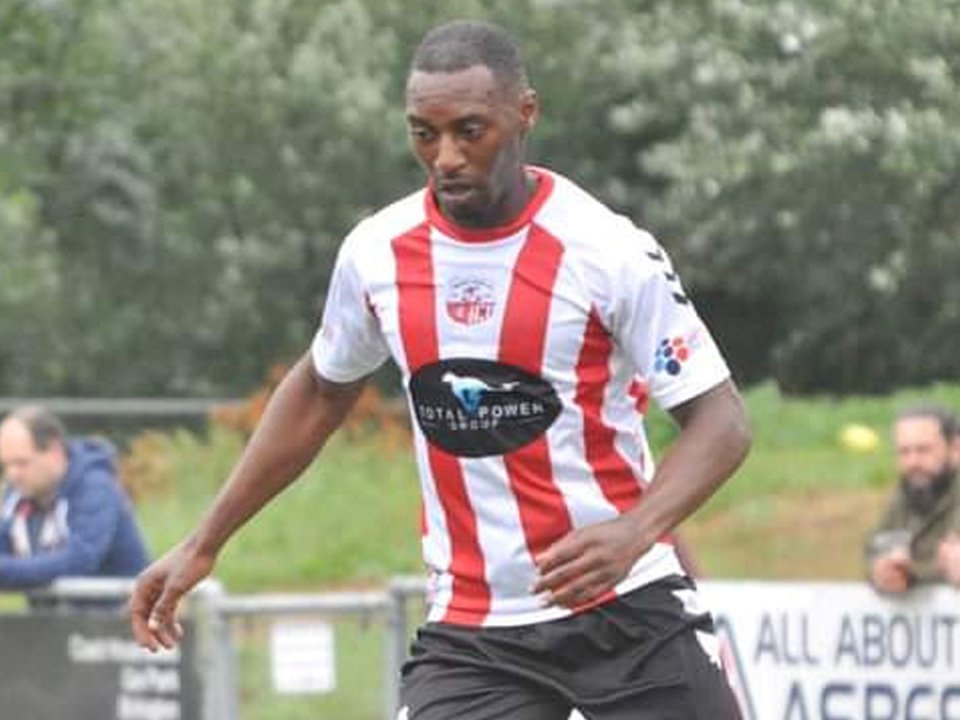 A semi-professional footballer who fouled a bisexual player and subjected him to homphobic abuse during a match has been fined.

Ayokunle Odedoyin, 32, was playing for Tower Hamlets in 2021 when he started becoming aggressive towards opposition player Jahmal Howlett-Mundle during an FA cup preliminary match on August 7 last year.

Tower Hamlets were losing the game against Sheppy United, and in a fit of anger Odeyobin lashed out at Howlett-Mundle, diving in to tackle the centre-back before hurling abuse at him whilst he lay on the floor.

Howlett-Mundle, a full-time schoolteacher, had just come out as bisexual ten days prior to the assault.

Odeyobin has since been found guilty at Bexley Magistrates’ Court, and on Wednesday was sentenced to perform 120 hours of unpaid work and ordered to pay £1,120 in compensation and court costs.

But speaking to BBC South East following the verdict, Howlett-Mundle criticised the decision and said ‘I don’t think justice has been done.’

‘I don’t think it’s going to deter people in the future from being homophobic,’ he claimed.

‘With short sentences like this how are people supposed to understand that there’s a lot of pain and suffering that does happen to people like myself and other active LGBTQ+ football players?’

Rebecca Helliwell, senior crown prosecutor in the CPS, said after the trial: ‘Calling out and prosecuting homophobic language is vital to stamping out hate crime. These vile slurs have no place on our football pitches or society.

Following the incident on August 7, during which Sheppy beat Tower Hamlets 4-1, Jahmal tweeted it was a ‘real shame’ he had been subjected to abuse during the match, to which Tower Hamlets responded by asking for the player’s shirt number and promising to investigate the incident.

Speaking after the match, he said ‘I kept my cool as best as possible but it was really difficult holding in the tears while still trying to complete the game.’

Jahmal made the decision to come out publicly to his team mates last year, and said he hoped the decision would inspire other athletes to follow suit.

‘I’m not the type of person to reveal large parts of my personal life and usually keep myself to myself,’ he said in a statement released through his team.

‘I certainly felt it was the right time to be honest with myself and my loved ones and by being open about my sexuality, maybe it will give others the confidence to follow suit.

‘We have seen other sports people like Gareth Thomas and Tom Daley come out years ago and they are great role models for people like me.

‘Whatever anyone’s sexuality, you should not be treated any differently – I’m just as hungry as any other player to step onto the football pitch and give my all to win for our team and our supporters.’