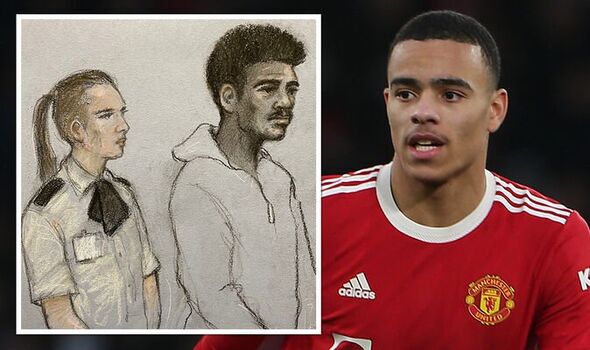 Greenwood, 21, of Bowdon, appeared in the dock at Manchester Magistrates’ Court.

He was wearing a grey sweatshirt and grey jogging bottoms, while members of his family sat in the public gallery.

The professional footballer was flanked by two dock officers as he entered the court.

Greenwood confirmed his name, date of birth and address at the beginning of the hearing, before the court heard the details of the charges against him.

Proceedings were then adjourned until later on Monday morning by District Judge Mark Hadfield, where a decision on his bail arrangements will be decided.

The charges were said to be made a few hours after his arrest at the weekend.

Following his arrest on Saturday, Manchester United issued a statement which said: “Manchester United notes that criminal charges have been brought against Mason Greenwood by the Crown Prosecution Service.

“He remains suspended by the club, pending the outcome of the judicial process.”