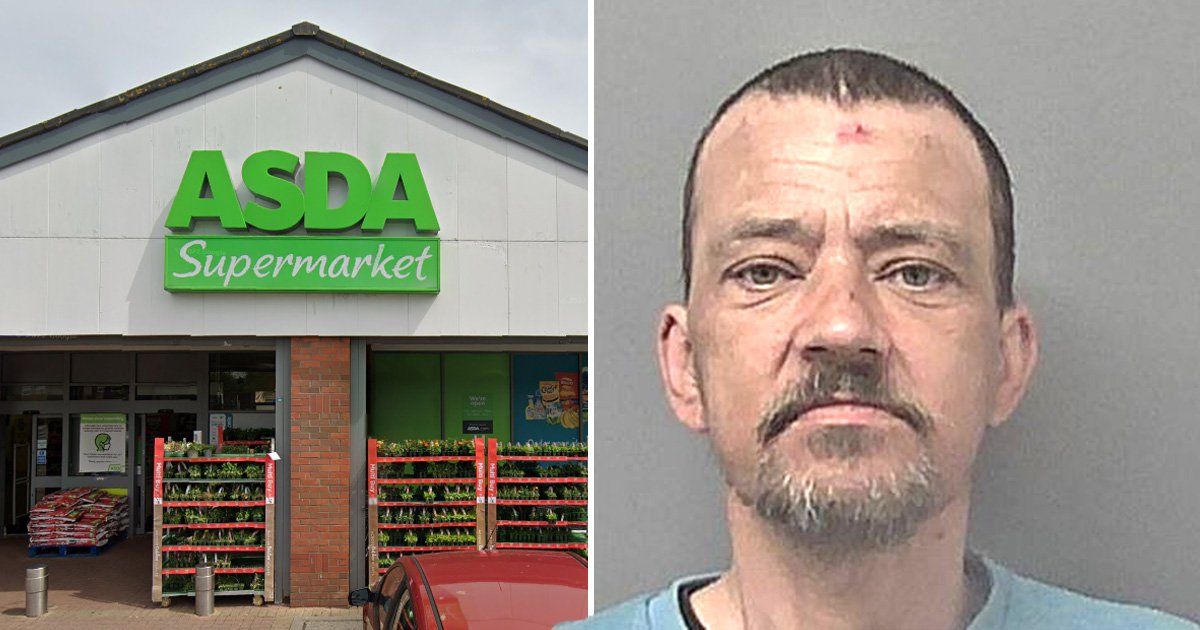 A fearless 90-year-old chased down a man who broke into his home, cornered him in a local Asda and punched him in the face until he returned what he had stolen.

The pensioner, who asked to remain anonymous, told of how he was sitting at home when a man knocked on his door and claimed to need help after hurting his leg.

Jumping to his feet, the 90-year-old went to grab a cloth to help, unbeknownst to him at the time, burglar Nicholas Norton.

The minute his back was turned, the thief grabbed his wallet and ran away.

Normally the story would end here, but the no-nonsense nonagenarian- who used to be a former middleweight boxing champion in the Navy reserves- was having none of it.

After hopping in his car and scouting out the local area, he eventually spotted Norton heading into a nearby Asda.

Inside, he found the burglar attempting to buy a bottle of whisky and ‘grabbed him by the scruff of the neck’.

The man then hit Norton on the chin and demanded he hand over the stolen wallet.

When he refused, the determined pensioner delivered a second blow and said ‘do you want me to do it again?’, which scared him into handing over the goods.

Norton was sentenced to three-and-a-half years in jail after racking up convictions for 80 previous offences, including 44 for theft.

Rachel Scott, prosecuting, told Hull Crown Court yesterday that Norton had walked into the pensioners back garden limping after claiming to have fallen off his bicycle.

‘He asked for a damp cloth because his leg was bleeding,’ she said.

‘The complainant went and got him a cloth and, as he was standing at a sink, turned round and saw the defendant in his living room. The defendant took his wallet and ran out of the address.’

In a statement heard by the court, the 90-year-old said: ‘When he stole my wallet, I just wanted to get it back. I know that pensioners are being robbed all the time and it’s not right. I have problems with my blood pressure, my legs and my hands but I still went after him to get my wallet back.’

‘After he’d run out with my wallet, I got into my car and went to go look for him. I had a drive down the nearby streets, before going into the ASDA car park to turn around – that’s when I saw him walking into the supermarket,’ he told Hull Live.

‘I followed him in and said to the security guard “I’ve just had my wallet stolen and I’ve come to get it back”. I found him at the till with a bottle of whisky and I grabbed him by the scruff of the neck and smacked him on the chin.

‘I asked him where my wallet was and he said he didn’t have it, so I said to him, “do you want me to hit you again?” Then he quickly emptied his pockets and gave it to me.

‘I noticed my cards weren’t in there, so I said, “where are they?” and he said that he’d hidden them outside, so I smacked him again. Then he turned out his pockets and gave me my cards back.

‘I used to be a middleweight boxing champion in the Navy reserve, so I know how to punch. I keep myself fit for a 90 year old because I fell out of a car a while ago and I have to do the exercises to stay strong.

‘My daughter called me a “silly bugger” and said, “you’re too old to be doing stuff like that”. I’m not sure why I did it, it was just instinctive – it’s the principle of the thing. Hopefully now he’ll think twice before he robs another pensioner.’