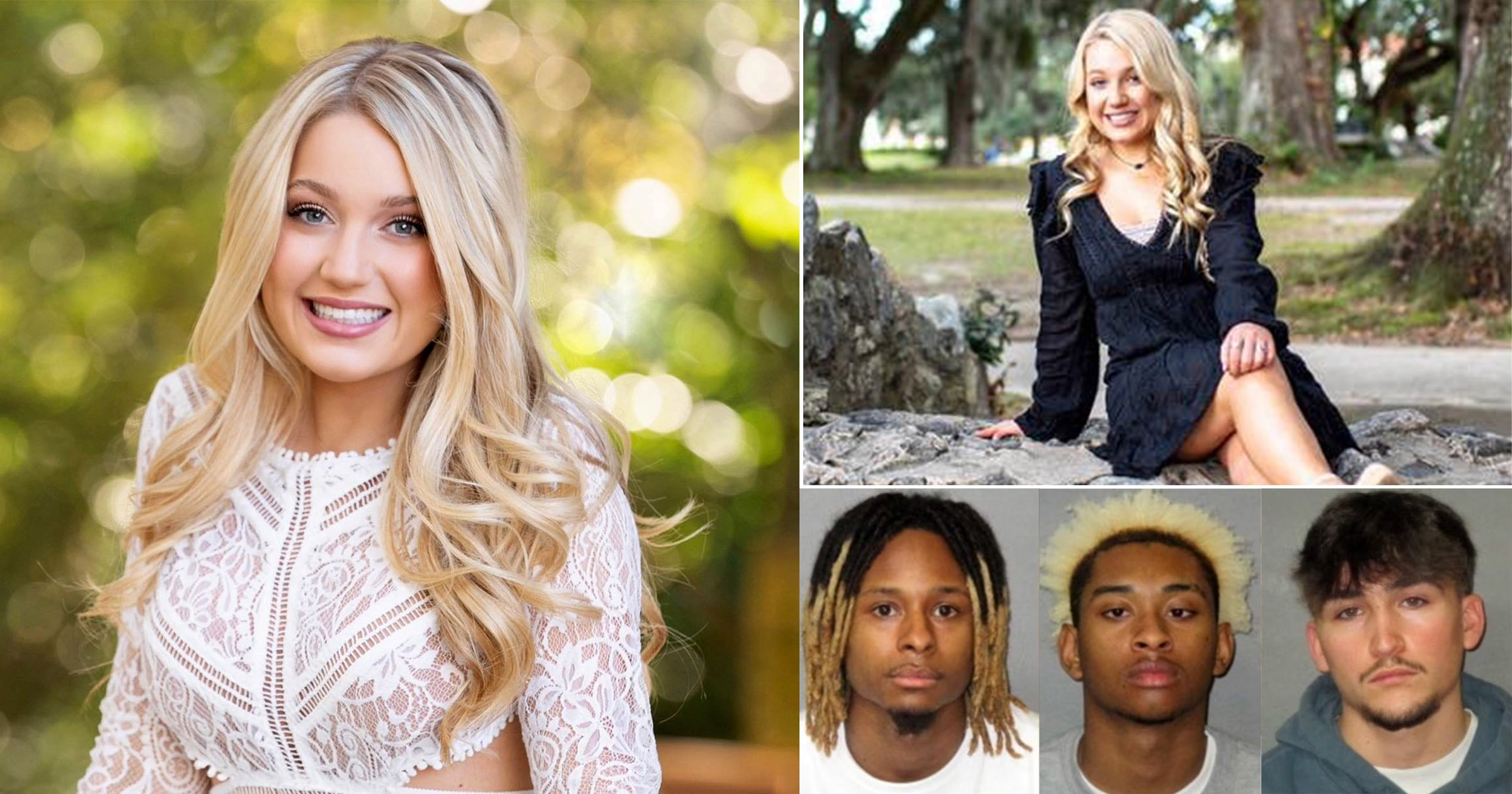 Four people were arrested after a Louisiana State University student was raped and dumped on the side of the road, where she was struck by an oncoming rideshare driver.

In the early morning hours of January 15, Madison Brooks, a 19-year-old sophomore at LSU, was killed after leaving a local bar in Baton Rouge.

Kaivon Washington, 18, and an unidentified 17-year-old suspect were charged with third-degree rape. Two other suspects, Casen Carver, 18, and Everett Lee, 28, also face charges of principal to third-degree rape from the same incident.

Under Louisiana law, third-degree rape occurs when a person cannot knowingly consent due to ‘stupor or abnormal condition of mind produced by an intoxicating agent.’

According to the arrest warrant, investigators first identified Brooks leaving the bar with Carver.

‘The co-defendant stated the victim was very unstable on her feet, was not able to keep her balance, and was unable to speak clearly without slurring her words,’ Carver’s arrest warrant reads.

Carver told investigators he agreed to give Brooks a ride home because he was worried about how drunk she was.

Video footage obtained by the Sheriff’s Office confirmed that she was clearly very intoxicated. A later blood test confirmed her blood alcohol concentration was 0.319 – almost four times the legal limit to drive and enough to give a patient alcohol poisoning.

Brooks sat in the back seat of the car with Washington and the 17-year-old suspect. Shortly after they started driving, said she fell over and couldn’t answer questions.

Carver told investigators Brooks was unable to answer him when he asked her what her address was. Instead, Carver drove a short distance and parked.

Carver said the 17-year-old asked Brooks five times for sex. Carver claimed she eventually gave him ‘verbal consent.’ Washington and the 17-year-old then proceeded to rape her in the back seat, deputies said.

Carver admitted that he and Lee remained in the front seat of the car while the alleged rape happened. He told his friends ‘we got to stop this, let’s go,’ and they put their close on and left the scene.

Carver told investigators that the incident made him uncomfortable and he ‘hated it.’ When asked if Brooks was too drunk to consent, Carver answered ‘I guess she was.’

Still unsure of Brooks’ address, Carver drove around the area before dropping her off at a subdivision.

Brooks was hit by an oncoming car around 2.50am, about 50 minutes after she left the car.

‘By all accounts, she was an amazing young woman with limitless potential. She should not have been taken from us in this way. What happened to her was evil, and our legal system will parcel out justice,’ LSU President William F Tate stated. ‘Our collective grief and outrage cannot be put into mere words.’

According to her sorority, Brooks was an organ donor and was able to donate after her death. ‘Our forever friend was also a hero, Madi donated her heart and kidneys to save others,’ the chapter posted on Instagram on Saturday.

LSU’s Greek community hosted a candlelight vigil for the slain student on Sunday, and the school provided grievance counselors and opened a 24/7 helpline for students struggling with her death.