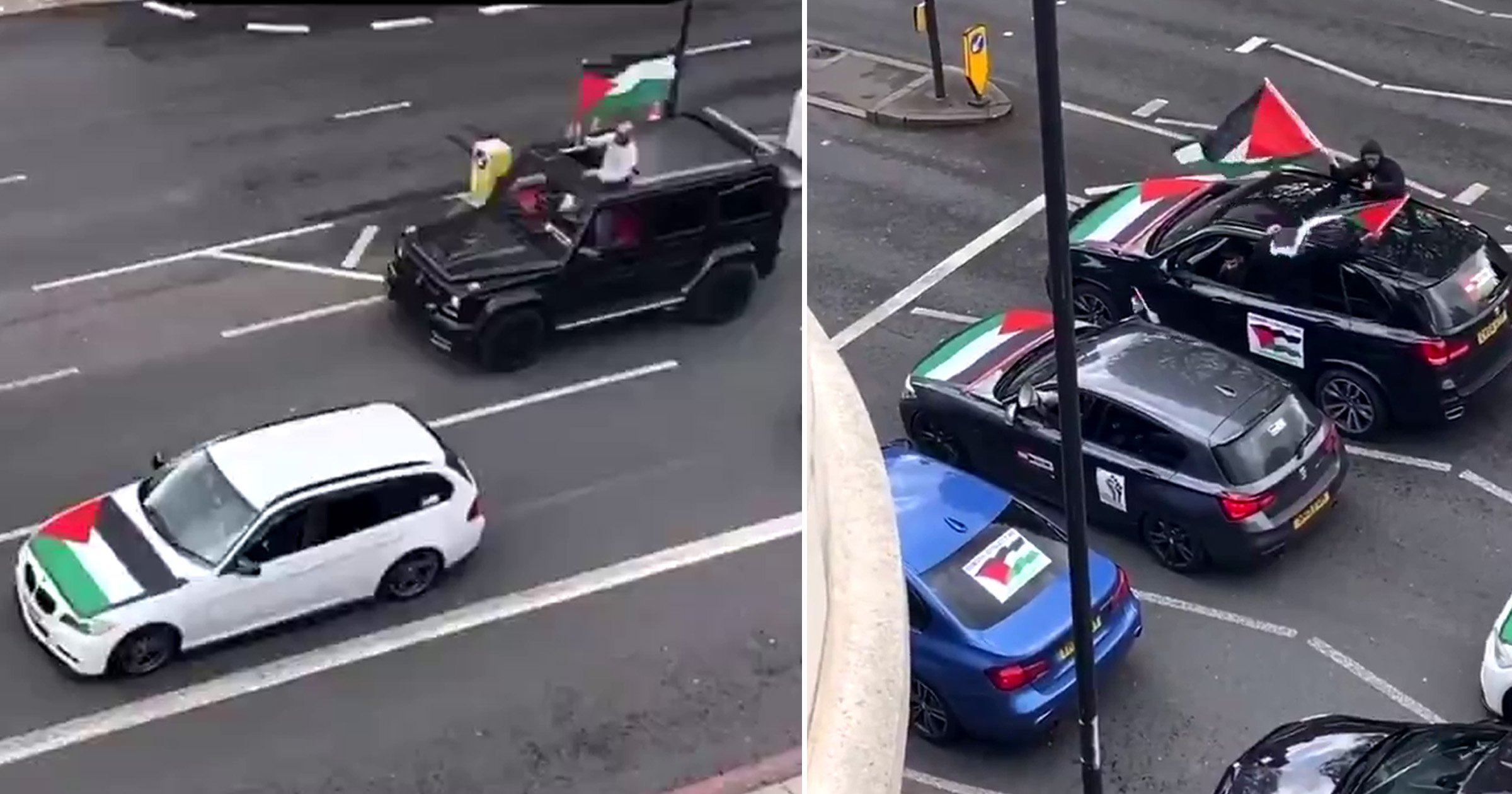 Four men arrested over a video of people shouting anti-Semitic abuse during a convoy in London have been released on bail, officers have said.

The cars had been travelling through the capital on May 16 when a person was filmed shouting into a megaphone: ‘‘F**k the Jews, rape their daughters’.

Officers traced the vehicles to the A40 in Hillingdon and stopped them later than evening, and the four men were arrested on suspicion of racially aggravated public order offences.

They were then also arrested in connection with a similar incident, which happened during the early hours of May 16, in the Broughton Park area of Salford, Manchester.

They have since been released on bail in relation to both incidents, pending further enquiries, the Met Police said.

The footage of the convoy sparked widespread condemnation, with Boris Johnson coming forward to say there is ‘no place for anti-Semitism in our society’. 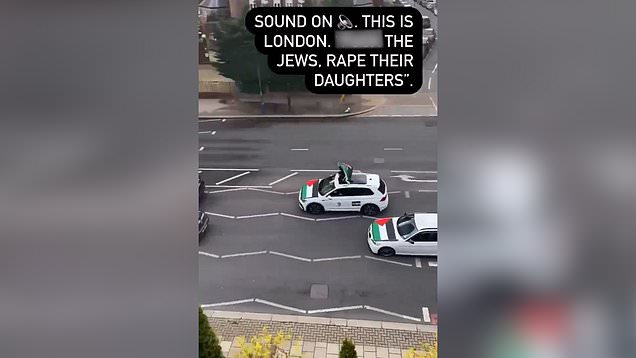 He said: ‘Ahead of Shavuot, I stand with Britain’s Jews who should not have to endure the type of shameful racism we have seen today.’

Labour leader Keir Starmer also condemned the rally as ‘disgusting’ while Mike Freer, MP for Finchley and Golders Green, said: ‘The scenes I’ve witnessed in my constituency today have left me sick to my stomach.

‘The blatant and open antisemitism on display today, deliberately targeting areas with large Jewish populations, is nothing short of incitement and I have urgently raised the matter with the Home Secretary, Commissioner and Mayor.’