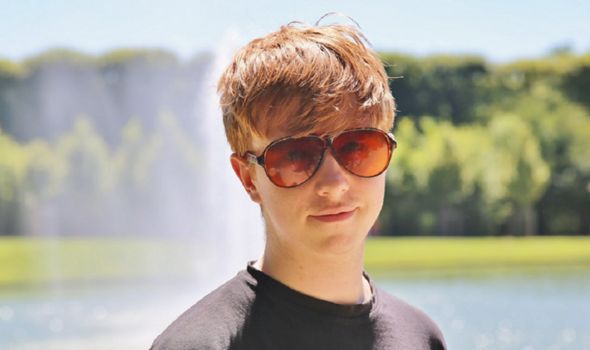 Bill Henham’s family added: “It is hard to describe the horror of losing a family member to murder, especially in such a brutal and needless way.” Bill met his murderers on a solo night out at a New Year party to see in 2020. The 24-year-old was beaten, kicked, stamped on and hit with a wooden bannister spindle. He was flung off a balcony in the squatted office block and fell 11ft into a courtyard.

He was then stripped and covered in bleach to cover up the crime. But this week Dushane Meikle, 28, Gregory Hawley, 29,

Lamech Gordon-Carew, 20, and Alize Spence, 18, were convicted at Maidstone Crown Court of murder after a three-month trial.

Bill had spent Christmas with his family in Henfield, West Sussex, but decided he wanted to see in the New Year in “lively” nearby Brighton.

CCTV showed him leaving a seafront nightclub before a final sighting at 4.30am on New Year’s Day in a shop near the squat.

The student of digital film-making at Ravensbourne University in London was killed within hours of arriving at the party.

He suffered “a sustained and significant” assault that left him with 60 injuries including multiple broken ribs and a brain injury.

After a tip-off from a party-goer, police made arrests.

Hawley was said to be “in charge of the squat”.

He laughed and joked about the attack and allegedly confessed to stripping Bill’s body and dousing him in bleach.

Hawley was seen with a bottle of the chemical and a cloth close to the small 13ft by 6ft room where Bill had just suffered a brutal assault.

Others also boasted about their role after moving to a second squat party nearby.

Meikle deleted two photos of Bill’s body, one partially clothed and one naked, on his phone.

Prosecutor James Mulholland QC told the court that although the motive for Bill’s murder remained “unclear”, all four men either attacked or deliberately helped or encouraged it.

After the convictions, Bill’s family said of him: “He was a kind and peaceful young man, a free spirit who happily chatted to those he came across. We can well imagine, in his impaired and vulnerable condition that night, he was drawn towards the squat party not understanding the danger he was putting himself in.”

They said they had a “Billshaped void” and will try to “remember his short life”.

Detective Superintendent Alex Geldart said it was a “complex” probe.

He added: “The four will face many years in prison and we hope Bill’s family will be able to find some closure.