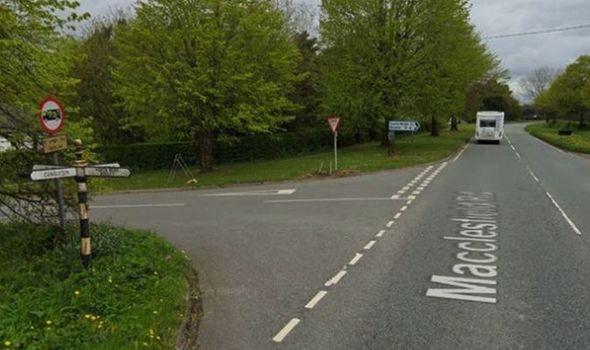 Emergency services rushed to the scene on Cocksmoss Lane in North Rode on Monday afternoon. Two people trapped in the wreckage had be freed by fire crews. The collision took place at the junction of Macclesfield Road at around 4.15pm on Monday. Police closed the road while emergency services attended the incident. The scene was clear by 8.50pm.

Cheshire Police are appealing for witnesses to come forward to help them with the enquiries.

A spokesman said: “Officers attended the scene and found that the incident involved three vehicles – a red Mazda 3, a white Vauxhall Agila and a red single-decker bus.

“All the people injured were taken to hospital.

“The road was closed while officers dealt with the incident and the scene was cleared by 8.50pm.”

Cheshire Fire and Rescue Service confirmed two engines – one from Congleton and the other from Macclesfield – attended the incident.

Two people were found to be trapped in their vehicle and were safely freed by crews.

A spokesperson said: “Firefighters attended to a collision on Cocksmoss Lane.

“The collision involved two cars and a bus.

“Two people were reported as trapped inside one vehicle and had to be safely extricated by crews.

“Ambulance were also in attendance.”

Anyone with information about the incident is asked contact Cheshire Police on 101 and quote IML 1116776.