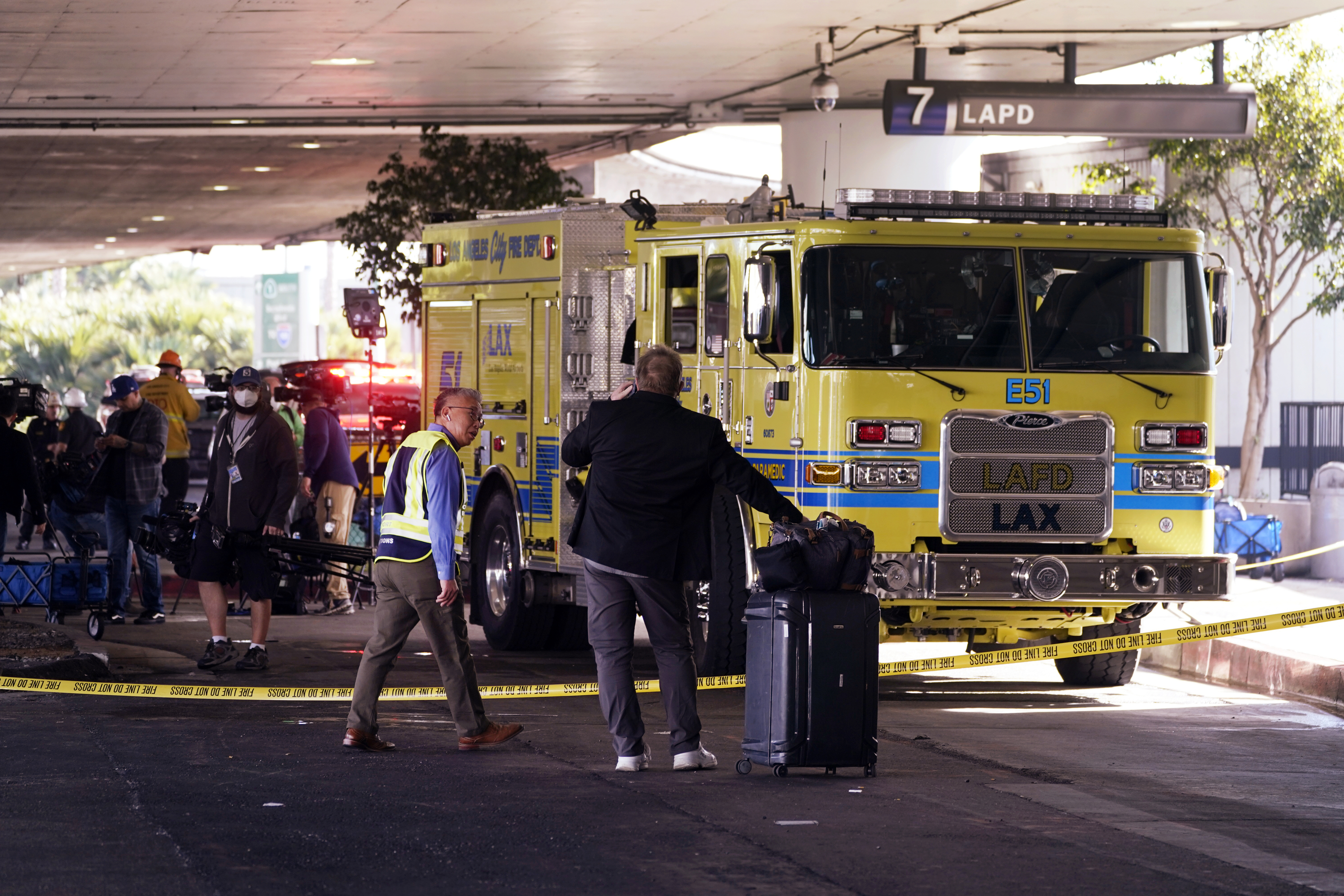 At least four people got sick and one was in critical condition after a carbon dioxide leak at Los Angeles International Airport (LAX).

A popping noise reportedly sounded in a utility room at the airport.

The incident was reported around 7am in the Terminal 8 baggage area, stated the fire department.

All four patients were workers.

A 36-year-old man was found not breaking and without a pulse inside the utility room, according to Fire Capt Erik Scott. Airport police administered CPR on him.

‘The good news is that individual had a return of spontaneous circulation,’ said Scott. ‘What that means, they’re breathing. Their blood is pumping on their own now.’

In addition, two men and one woman were treated at the scene for minor health issues. They were able to exit the room quickly.

‘The carbon dioxide displaces the oxygen in the individual’s blood stream and they went into cardiac arrest,’ Scott said.

Up to 100 were evacuated from Terminal 8. No travelers or customers were affected, according to the fire department.

Inbound United Airlines flights were held at their departure airports during the hazmat investigation, LAX tweeted. Other terminals and airlines continued business as usual.

Systems were reset before the terminal could resume its normal functions.

‘This is under control,’ Scott said. ‘We need to reset that system. Make sure it’s up and functioning properly before we can repopulate people in here.’

The incident is under investigation by California’s Division of Occupational Safety and Health.