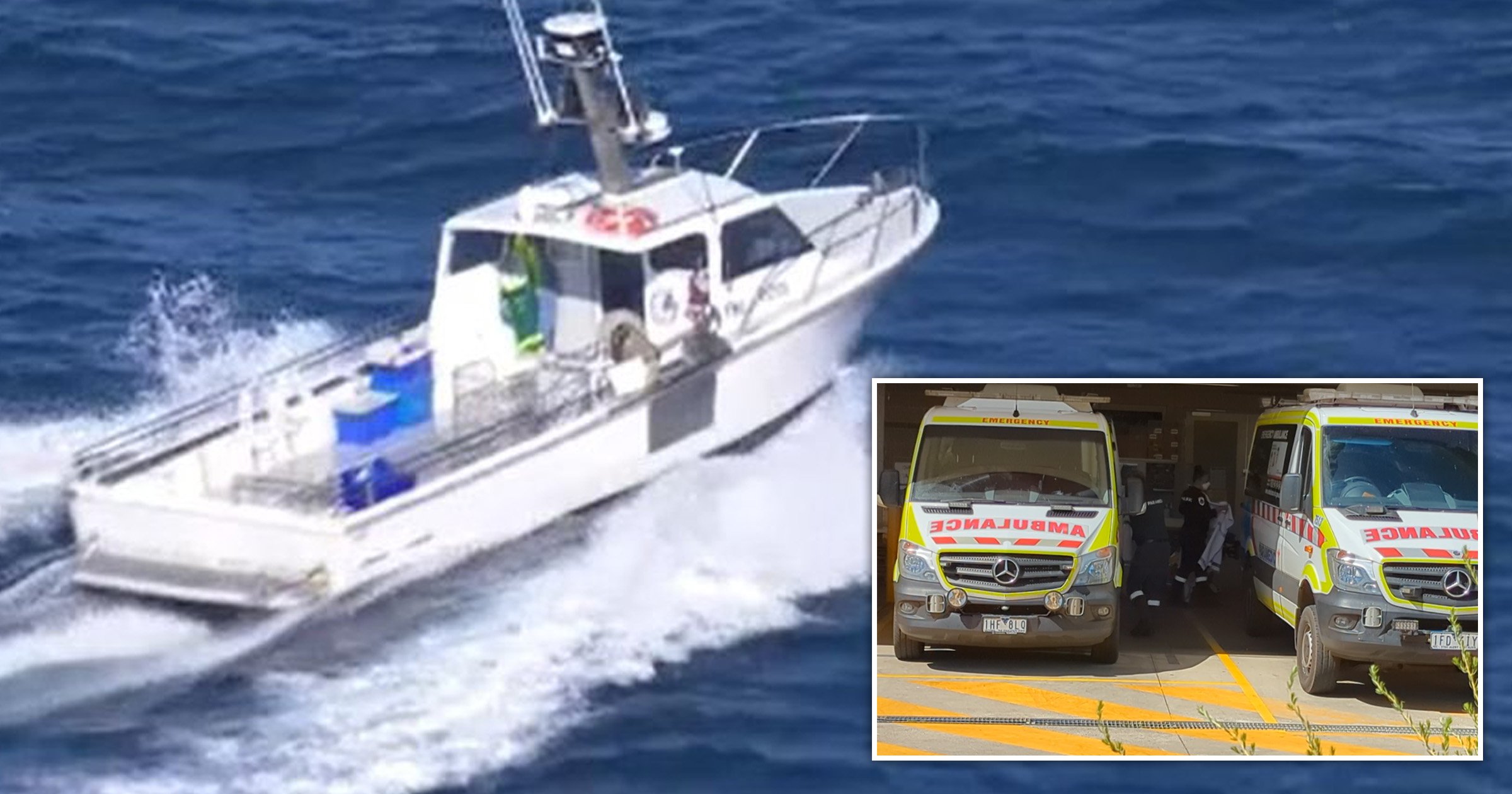 Four teenagers who spent the night lost at sea on inflatable paddleboards miraculously survived after being swept ashore a tiny island.

But they became caught in strong tides while on their paddleboards and were swept away with the tide.

A search operation was launched and the worst was feared after the group’s bags and belongings were found abandoned on the beach at around 8pm.

But Terence Rowlands, from Victoria Police, said the group were found on Swan Island – some 12 miles (20km) away from their original location – soon after 9am this morning.

‘They [the teens] were very cold and very relieved to be on dry land,’ he told reporters.

He said they were found by chance on a ‘routine walk’ by security guards around the island, which is on the opposite side of Port Phillip Bay.

All four of the teenagers, who live in the Glen Waverley area of Melbourne, did not sustain any serious injuries but two were airlifted and the other two were driven to hospital.

Video footage showed one woman wrapped in a blanket being carried to an ambulance. It is unclear whether they were wearing lifejackets.

Acting inspector Ian Pregnell told 3AW of the reaction when the teenagers were found: ‘It was quite an emotional time for the families, all too often these things usually end in tragedy so one might say this is a Christmas miracle.’

The search had to be stopped for a few hours from 4am due to difficult conditions in the area.

Director of Gone Fishing Charters, Chris Vasilevski, said the wind was the equivalent to 46km an hour at that time.

‘The east wind for around that area is probably one of the worst because there is no protection at all,’ he also told 3AW.