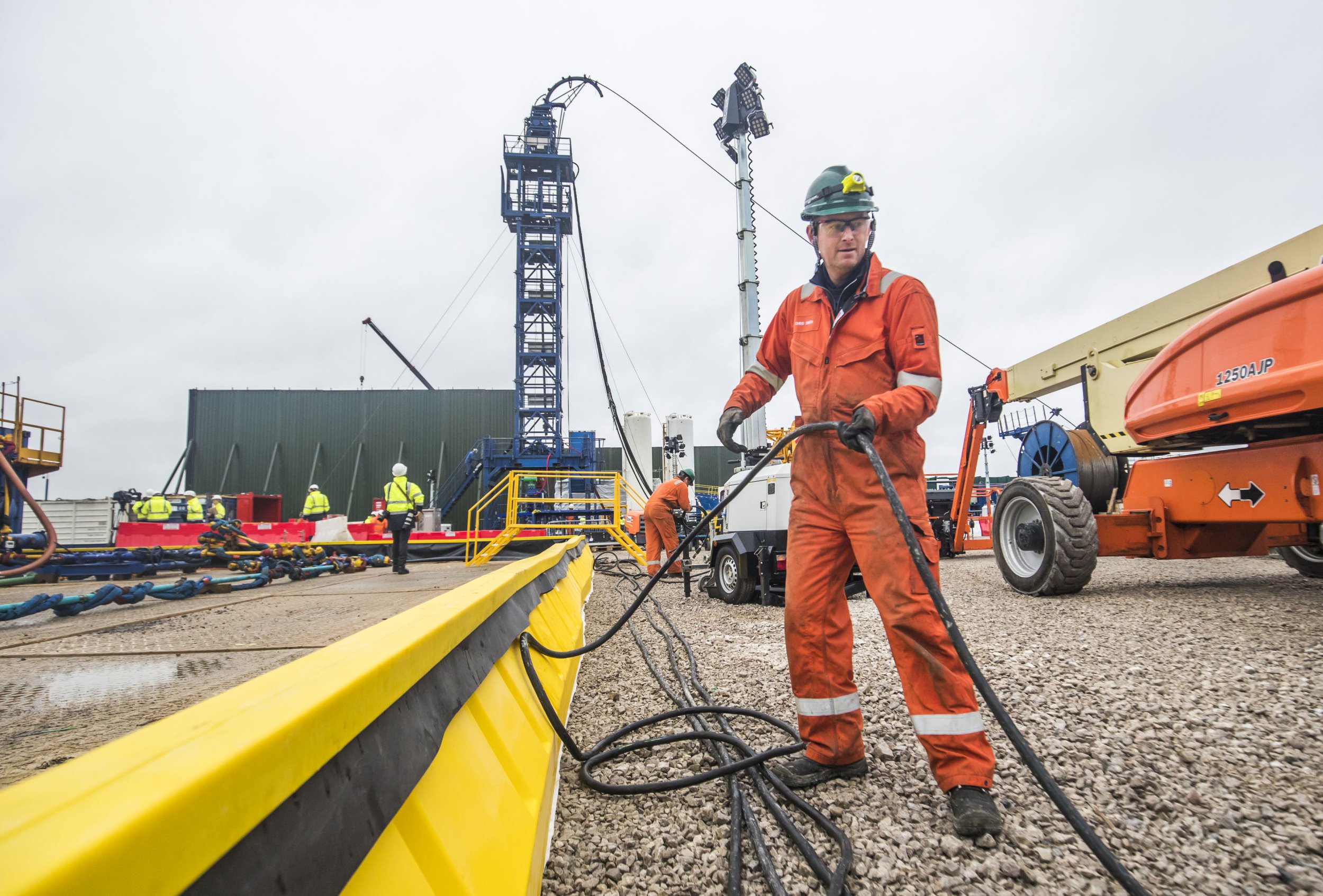 British Secretary Kwasi Kwarteng has ordered an expert report on the geological science of fracking.

He said that while shale gas extraction is ‘not the solution to near-term price issues’, the Government should keep all possible sources of energy ‘on the table’ following the ‘unprovoked invasion of Ukraine’.

Kwarteng said Vladimir Putin’s assault on Russia’s neighbour has sent oil prices soaring, which is why the Government has commissioned the British Geological Survey to advise on the latest evidence.

Britain, which imposed a moratorium on fracking in 2019, is set to publish a new energy strategy this week.

The plan aims to boost the UK’s domestic supplies in an effort to shield the country from surging prices following Russia’s invasion.

The fracking process, which involves extracting gas from rocks by breaking them up with water and chemicals at high pressure, is fiercely opposed by environmentalists.

They say it is at odds with Britain’s commitment to reach net zero carbon emissions by 2050.

Campaigners fear an increase in noise and traffic pollution as a result of fracking, which involves the extraction of a fossil fuel – which governments across the world say they want to move away from.

Concerns have also been raised that the process is linked to earthquakes and that chemicals involved could contaminate local ground water and subsequently people’s taps.

However supporters of the industry believe fracking has the potential to provide better energy security, jobs and economic growth.