BRUSSELS — France announced a second nationwide lockdown and Germany moved to the very edge of one on Wednesday, testing their pandemic-weary populations as they tried to stop a mounting new wave of coronavirus infections from swamping hospitals and undoing hopes of economic recovery.

The new measures followed on the heels of severe new restrictions in other European countries, from Belgium to Italy to the Czech Republic. While they mostly fell short of the total lockdowns of the spring — a ‘‘lockdown lite,’’ the Germans called it — they raised the specter of a dark winter of relative confinement, leaving leaders in Paris and Berlin pleading with their frustrated publics to follow the new rules.

“I know the weariness and this feeling of a day with no end that is overcoming all of us,” France’s president, Emmanuel Macron, said Wednesday in a national address. “We must stick together and remain united, and not give in to the poison of division. This period is hard precisely because it is testing our resilience and our unity.’’ 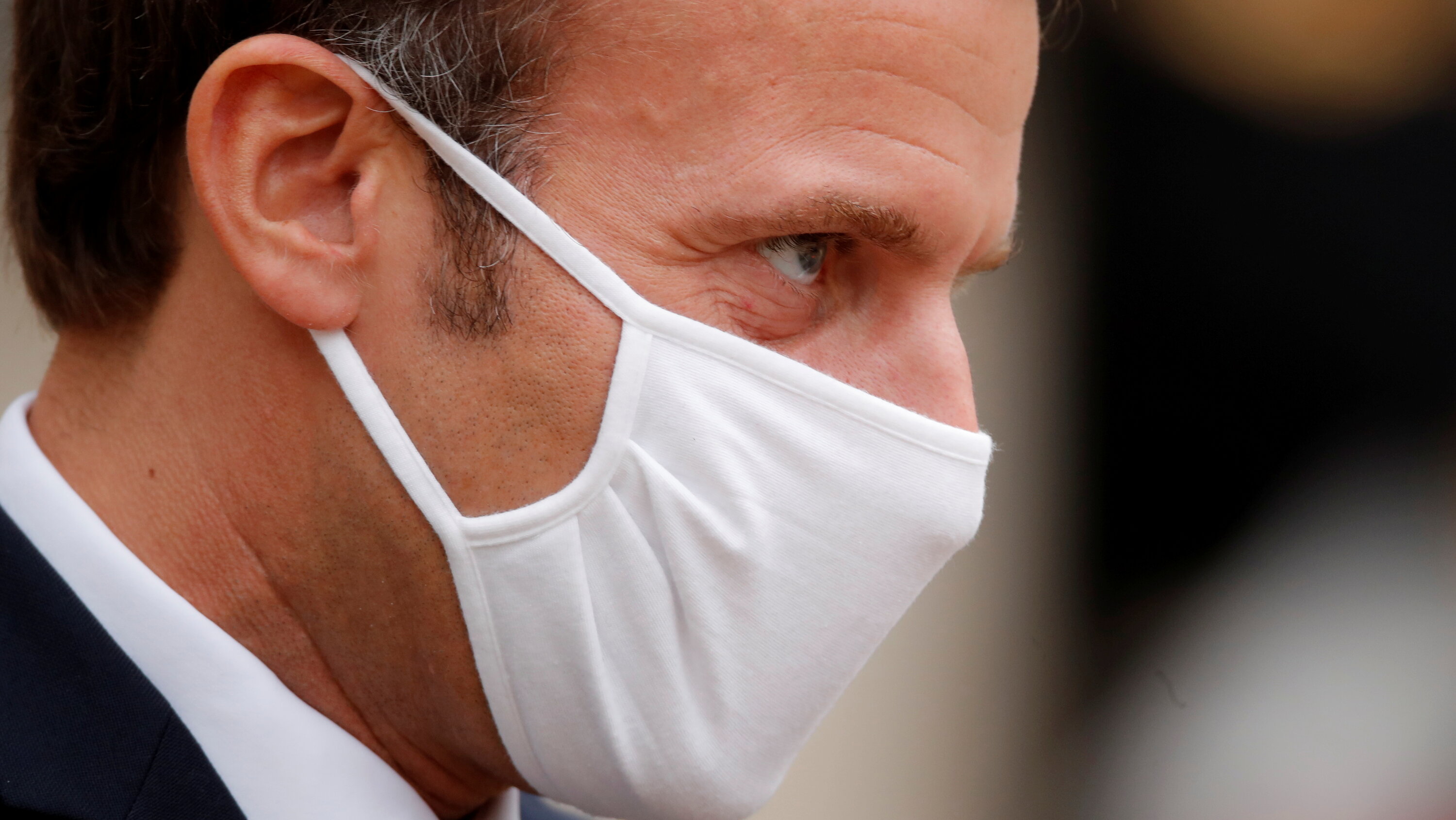 Underscoring the need for urgent action, he and Chancellor Angela Merkel of Germany drew on hard lessons learned over the last eight months, attempting to keep open the parts of the economy and everyday life deemed necessary or less risky, while shutting almost everything else. Any tougher course risked sparking popular rebellion.

The pandemic surge and new lockdowns battered stock markets in Europe, as in the United States, with major indexes down about 3 percent Wednesday.

Starting Friday, France will go into a nationwide lockdown with just schools and essential businesses staying open until Dec. 1, while in Germany, the new measures will close restaurants, bars, gyms and cultural spaces like theaters for one month, but exempt schools and shops. 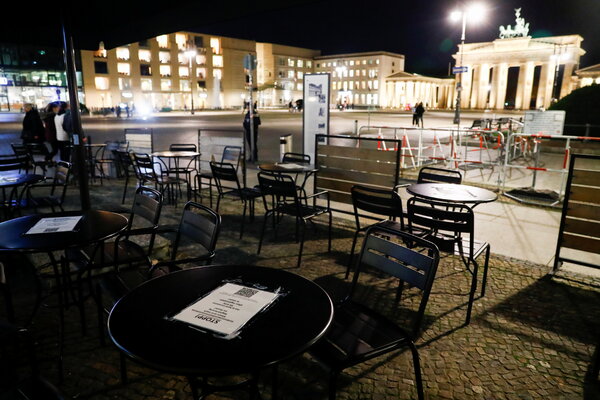 Just months ago, when Italy became the first European country to impose a nationwide lockdown in March, the curbs to freedom stunned Europeans who hadn’t experienced anything like it since World War II. But curfews and confinements have since become a regular, if sporadic, feature of life in Europe, which used them to beat back the virus before the summer, then relaxed them, initiating the second wave of infections.

The rising toll of the virus made clear that the course available to Europe’s governments was fast narrowing, and that they could no longer delay reimposing some of the strictest measures, particularly if they wanted to salvage any part of the winter holiday season.

Spain went back into a state of emergency last week, while on Sunday the government in Italy moved to shut restaurants by 6 p.m. In Belgium, which currently has the continent’s highest infection rate, restaurants were shuttered this month, followed by museums and gyms over the weekend.

But this second wave differs from the first in significant ways. Unlike springtime lockdowns, the new raft of measures will not be open-ended. Most of the recent restrictions announced in European countries have been put in place for about one month, which scientists and policymakers believe can act as a “circuit breaker.”

And while hospitals are filling at an alarming rate, the mortality rate of this wave is significantly lower than the first, owing to the lower average age of patients and better treatment protocols for those who are hospitalized.

Still, many Europeans are exhausted, emotionally and financially, by the new curbs to their freedoms after getting a taste of unhindered movement over the summer.

“We’re dealing with two enemies: we’re dealing with coronavirus itself and corona fatigue,” said European Commission President Ursula von der Leyen as she unveiled new plans to fight the virus in the European Union. “People are getting fed up with the measures,” she added.

The epidemiological situation on the continent is dire. Europe’s rate of new infections has tripled in the past month, topping 200,000 a day.

France, Spain, Italy and Britain are all among the European countries reporting spikes in new cases — and their highest death tolls in months. France this week reported its highest daily death toll since April, while Italy and the U.K. reported their highest since May.

In France, where the toughest measures were announced Wednesday, 288 new virus-related deaths were reported in hospitals on Tuesday and 235 deaths in nursing homes over the previous four days.

France’s intensive-care unit beds were half-full, and modeling of the virus’ spread indicated that the country’s health care system was two weeks away from reaching the same number of hospitalizations as the peak of the first wave. Mr. Macron stressed that much of Europe faced a similar situation, “overwhelmed by a second wave that we now know will probably be harder and more deadly than the first.”

Most nonessential businesses in France will close — including bars and restaurants — and movement outside one’s home will be strictly limited. Private and public gatherings will be banned. But schools will remain open. Some economic activity — public services, factories, farms and construction sites — will continue, and restrictions on retirement home visits and burials will not be as strict as in the spring.

In Germany, restaurants and bars will close for a month starting Monday, professional sports teams will play to empty stadiums, while theaters, gyms and nail salons and spas will be shuttered. But supermarkets, shops, schools and day-care centers will remain open, Chancellor Merkel said on Wednesday.

Ms. Merkel, who has overseen a broad set of stimulus measures to support struggling businesses and workers, said the government will compensate small- and medium-sized businesses affected by closures for up to 75 percent of losses.

The measures aim to ease the strain on the country’s hospitals, where the number of patients has doubled in just 10 days, and halt the rapid spread of the virus before the coming holidays, without bringing the economy to a complete standstill.

Ms. Merkel was laughed at when she predicted last month that if people didn’t change their behavior, the country would face 19,000 infections per day by Christmas. Now, it looks like that number will be reached in November.

“Within weeks we will reach the limits of our health system,” Ms. Merkel said at a news conference, after agreeing with Germany’s 16 governors on the nationwide measures.

“The selection was carefully made, knowing that it will be hard and knowing that many people have developed ways to stay safe and acted responsibly,” she said. “But deciding how to reduce the number of contacts, without affecting the economy and schools, we made these decisions and think they are reasonable and politically acceptable.”

As the chancellor held a video meeting with the governors on Wednesday, several thousand people employed in the entertainment business marched through the heart of Berlin, decrying the measures that have left them out of work since early March.

More people have been protesting against restrictions, and Ms. Merkel acknowledged that introducing new measures two weeks earlier would have helped, but the political acceptance for such a move wasn’t there. 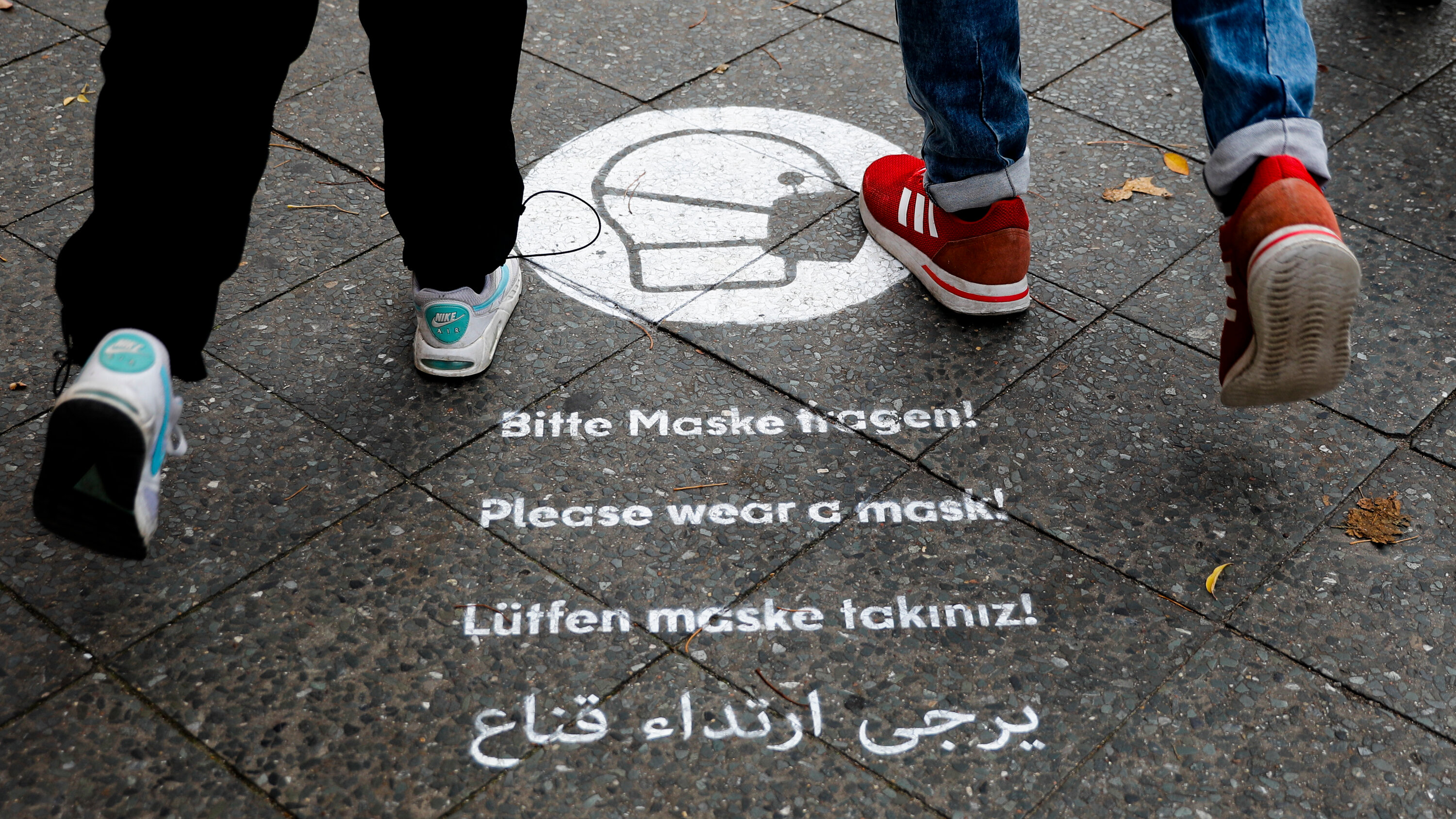 “Look at the protests and the lack of understanding that is out there,” she said. “We will have to be prepared to defend these measures, even in the courts.”

The heightened measures in Germany and France, the region’s two leading countries, came after several others had inched closer to new lockdowns over the past few weeks, and in some cases faced a popular backlash.

The Italian government’s announcement of new restrictions this week — ordering restaurants to close early and cinemas, gyms and theaters to shut for a month — were swiftly met by protests. Starting in Naples, demonstrators set off firecrackers, burned garbage bins and clashed with police before protests spread to other cities, including Rome and Milan.

In a central square in Turin on Tuesday, peaceful protesters laid white table cloths with plates, cutlery and wine glasses, on the cobblestones, sitting down in silence.

Belgium, which suffered terribly in the first wave, this week became the European country, with the highest infection rate in the second. It has shut restaurants, bars and cafes, and over the weekend new measures shuttered cultural centers, museums and gyms, and introduced a curfew from 10 p.m. to 6 a.m.

The Czech Republic, which seemed to have escaped the ravages of the coronavirus in the spring, has more than quadrupled its caseload in October, filling hospitals to the brim. Its daily average deaths over the past week has surged to one of the world’s highest.

“What happened was somehow predicted but nobody expected its scope,” the Czech prime minister, Andrej Babis, said after declaring a second national lockdown.

Officials also imposed a curfew on Wednesday that would restrict movement after 9 p.m. and asked its European Union and NATO allies to send medical staff to help curb the outbreak.

Dreaded and disastrous though they might be, new restrictions are unavoidable, given the pandemic’s resurgence, said Peter Piot, a renowned infectious disease expert.

“In many countries the situation is such currently, with a widespread infection throughout the community, that a degree of lockdown is certainly necessary in order to suppress the virus and save lives,” he said.

Reporting was contributed by Aurelien Breeden in Paris, Melissa Eddy in Berlin, Gaia Pianigiani in Rome, Isabella Kwai in London, and Hana de Goeij in Prague.