Three police officers are charged with manslaughter over the asphyxiation death of a delivery man in January. 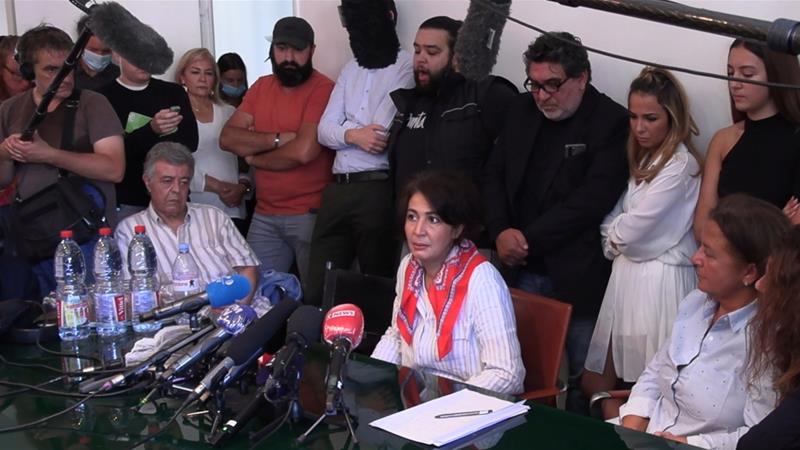 Three French police officers have been charged with manslaughter over the asphyxiation death of a delivery man who was pinned to the ground by arresting officers in January.

Cedric Chouviat, 42, died in hospital two days after a heated exchange with police officers who held him down, still wearing his scooter helmet, for about 20 seconds after his arrest near the Eiffel Tower in Paris.

Chouviat, of North African origin, said “I’m suffocating” seven times before his body went limp, according to a review by investigators of video footage of the incident.

France has seen demonstrations in recent weeks against alleged police brutality and racism.

The protests were sparked by a report clearing the officers who arrested Adama Traore, a 24-year-old Black man who died in police custody in 2016.

One of the officers had admitted the young man was pinned to the ground with their combined body weight.

The controversy has gained resonance since mass protests erupted in the United States over the killing by police of George Floyd, a Black man who similarly died after being pinned to the ground as he pleaded: “I can’t breathe.”

Rushed to hospital in a critical condition, Chouviat died of asphyxiation with a “fracture of the larynx” according to a prosecutor’s report.

Two of the officers involved in Chouviat’s his arrest were charged last week, a judicial source told the AFP news agency, and a third on Thursday, according to his lawyer.

A fourth police officer is under investigation but has not been charged.

Chouviat’s family said on Thursday that a charge of manslaughter was too lenient “for the violence and aggressiveness of the police officers” as seen in video footage captured by witnesses.

“Voluntary blows led to the death of Cedric Chouviat,” the family said in a statement. A charge of “voluntary violence” could carry a higher penalty than manslaughter under French law.

The family has asked that the restraint techniques used on Chouviat – a chokehold and a position where a person is forced face down on the ground while pressure is applied on their torso – be banned.

Former Interior Minister Christophe Castaner announced a ban on the chokehold in June but backtracked after a backlash by police who demonstrated across France.