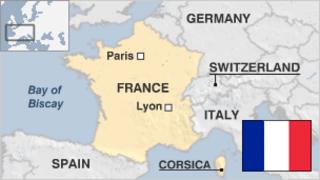 France is known the world over for its cuisine, fashion, culture and language. It is the most visited tourist destination in the world.

A key player on the global stage and a country at the political heart of Europe, France paid a high price in both economic and human terms during the two world wars.

The years which followed saw protracted conflicts culminating in independence for Algeria and most other French colonies in Africa as well as decolonisation in south-east Asia.

France was one of the founding fathers of European integration as the continent sought to rebuild after the devastation of the Second World War.

A former economy minister who has never held elected office before, Emmanuel Macron won the May 2017 presidential election run-off by a decisive margin over his far-right challenger Marine Le Pen.

The 39-year-old former banker launched an independent campaign for the presidency little over a year before the election, and his En Marche! movement galvanised enough support from the centre-right and left to knock the traditional Socialist and Republican party candidates out in the first round of voting.

President Macron chose Edouard Philippe, a member of the centre-right Republicans party, as his prime minister, in a gesture to pragmatic conservatives willing to work with him on reforming labour laws and the public sector.

This succeeded to the extent that some centre-right members of parliament have agreed to back the government in parliament, although The Republicans form the main opposition bloc and are the largest party in the Senate.

The new government can expect serious opposition to its ambitions, possibly on the streets, from trade unions and the radical left-wing France Unbowed movement, which has pushed the more moderate Socialists onto the political margins.

Television is France’s most popular medium. The flagship network, TF1, is privately-owned and public France Televisions is funded from the TV licence fee and advertising revenue.

Satellite and cable offer a proliferation of channels. France is also a force in international TV and radio broadcasting.

Some key dates in France’s history:

1789 – French Revolution ends rule of monarchy going back to 9th century; followed by establishment of the First Republic.

1804-1814 – Napoleon Bonaparte crowns himself emperor of First French Empire; series of military successes brings most of continental Europe under his control.

1914-18 First World War – Massive casualties in trenches in north-east France; 1.3 million Frenchmen are killed and many more wounded by the end of the war.

1946-58 – Fourth Republic is marked by economic reconstruction and the start of the process of independence for many of France’s colonies.

1957 – France joins West Germany and other European nations in the forming of the European Economic Community (EEC), now known as the European Union.

1958 – Charles De Gaulle returns to power on back of Algerian crisis and founds the Fifth Republic, with a stronger presidency.

2017 – Emmanuel Macron breaks the Gaullist/Republican-Socialist hold on the presidency through his La République En Marche! movement, drawing support from both the centre-right and centre-left.