Home caregivers who helped the elderly and people with disabilities during the coronavirus pandemic to receive a bonus. 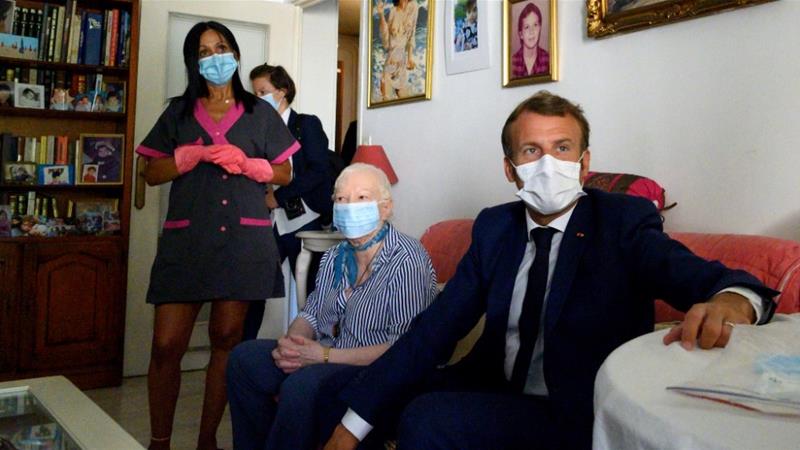 French President Emmanuel Macron has announced that home caregivers who helped the elderly and people with disabilities during the coronavirus pandemic will receive a bonus of up to 1,000 euros ($1,174) by the end of the year.

During a visit to the French southern city of Toulon on Tuesday, Macron paid tribute to about 320,000 caregivers who provided essential at-home services to 1.1 million people in the country.

He said the bonus would be financed by a 160 million euro ($188m) package from the state and local authorities.

The French government had previously announced a bonus of up to 1,500 euros ($1,760) for healthcare staff in hospitals and nursing homes working in areas most affected by the virus.

France, which has confirmed 30,294 coronavirus-related deaths since the pandemic began, brought the virus nearly under control with a strict two-month nationwide lockdown.

Yet the country is now seeing an uptick in virus infections, notably as young people gather at cafes or dance parties and families get together for vacations.

In an opinion prepared for the French government, the COVID-19 scientific council on Tuesday warned of a possible “resumption of circulation of the virus at a high level” by September.

Prime Minister Jean Castex on Monday urged France “not to let down its guard” in order to prevent a new national lockdown.

“We are seeing an increase in the figures for the epidemic, which should make us more attentive than ever,” Castex said.

“I call on every French person to remain very vigilant. The fight against the virus depends of course on the state, local communities, institutions, but also on each of us,” he said.