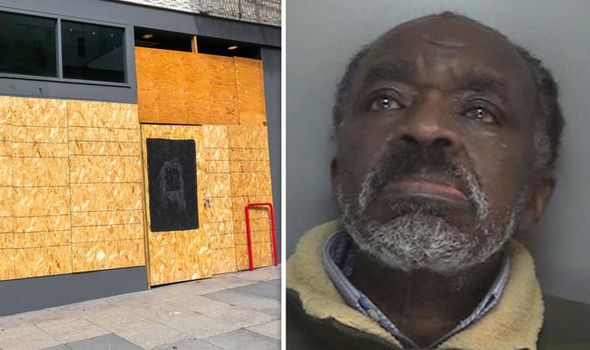 Izzldenein Yousif, 65, convinced Liverpool City Council he was entitled to claim support for his car wash business in Fairfield. However, he failed to mention Izzy Bizzy Hand Car Wash had stopped trading three years earlier and that he had vacated the premises in 2019. When the council confronted him over his deception, Yousif falsely claimed he had spent the cash – before using it to buy a taxi.

Speaking in July, Judge Anil Murray said Yousif’s claims had “an impact on society”, with a “deterrent sentence” inevitable – before jailing him for six months.

However, he appealed and his lawyer, Callum Ross, this week persuaded judges sitting at the Court of Appeal to release him.

Liverpool Crown Court had previously been told the Government had awarded the Liverpool region just under £108m earmarked for small businesses grants “to help support them through the economic downturn”.

In order to qualify, businesses needed to have been trading as of March 11, 2020, as well as being in receipt of small business rate relief.

Yousif emailed the council on July 30, 2020 explaining he had not yet received a grant for his car wash and was entitled to one.

On August 6, a council officer emailed Yousif to explain that if he wanted a grant, he must make a formal application.

The following day, Yousif submitted a signed form and received £10,000, money which was deposited into his account on August 12.

On August 25, a member of the public tipped off the council’s fraud and compliance team about Yousif’s duplicity.

The owner of the business who was occupying the unit also began receiving letters addressed to Yousif.

JUST IN: Brexit basher Hilary Mantel ‘should be stripped of Damehood’

At the start of October, a council officer contacted Yousif by telephone, and Yousif said the money had been spent before hanging up.

Police eventually tracked him down to the abandoned Newsham Park Hospital, where he was living, on January 28, at which point he tried to escape over a fence, but was arrested.

He later told police he believed he was “entitled” to the cash because of business rates he had paid in the past.

Yousif, of Orphan Drive, Newsham Park, who admitted fraud, has since paid all of the money back.

He has a previous conviction for criminal damage and threatening behaviour dating back to February 2008.

Speaking at the hearing in July, Mr Ross, defending, accepted claims in a pre-sentence report, when he tried “to exculpate himself and your honour may think place some blame on the council and police”, was not accurate.

Mr Ross urged the judge to spare Sudanese-born Yousif jail, suggesting there was a “realistic prospect of rehabilitation”, that he was at low risk of reoffending, and was “remorseful”.

Yousif had recently worked as a taxi driver but his taxi had since been seized by the police, Mr Ross said.

He had siblings with children in Sudan, to whom he sends £300 per month, and they were to some extent his “dependants”, Mr Ross explained.

Yousif, who had started a new job as a warehouse operative for The Hut Group in Warrington, was concerned about the impact being jailed would have on his family.“

Judge Murray told Yousif: “You knew, as we all did, that businesses in this country needed help during the Covid crisis and there was a huge demand for such money.

“You prevented that money from being available for some other legitimate public need.”

“That you took money meant to help businesses during the Covid 19 pandemic means this is a case where the appropriate punishment can only be achieved by immediate custody.”

Mr Ross told the Court of Appeal that Yousif did not have any relevant previous convictions, had been employed most of his life and also pointed out the fact that the pre-sentence report spoke positively about his willingness to work with the Probation Service.

Like Judge Murray, the three judges rejected any claim that Yousif was remorseful – but agreed with Mr Ross’ submissions and said given all the mitigation they had heard, Yousif should not have been sent to prison.

The sentence was therefore quashed, with Yousif instead handed one of six months in jail, suspended for 12 months.