It comes after officers joined forces with three archaeologists to scour the basement of a Gloucester cafe. They focused their attention on a basement West converted into toilets. It is half a mile from his family home at 25 Cromwell Street. The material was behind a partition wall. A source said: “Camera images clearly show material which matches the navy blue coat Mary was wearing.”

DCI John Turner said: “The analysis from our experts and the material provided by the production company means there is enough evidence to justify excavation work beginning.

“I’ve spoken to the family.

“They understand it is possible we won’t find human remains but they also know that we will do everything we can to establish if Mary is buried at this location.”

Mary’s family said in a statement: “We are extremely happy Gloucestershire Constabulary is continuing to try and search for Mary and this gives us a chance to potentially put her at rest after all these years.We want to thank everyone who has wished us support through this distressing time. 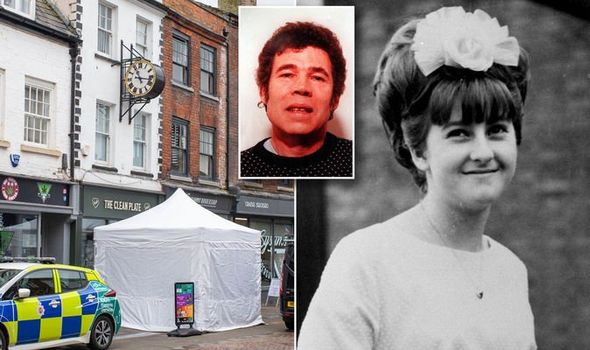 “We hope this is a chance to finally get closure for Mary.” Mary worked at the cafe as a waitress ahead of her disappearance in 1968.

West was regularly seen at the cafe. His first victim, Anna McFall, who was killed in 1967, also worked at the diner.

The 53-year-old took his own life before he could be convicted of 12 murders but confessed to being involved in a further 20 killings. His wife Rose West, 67, is behind bars after being convicted of 10 murders.