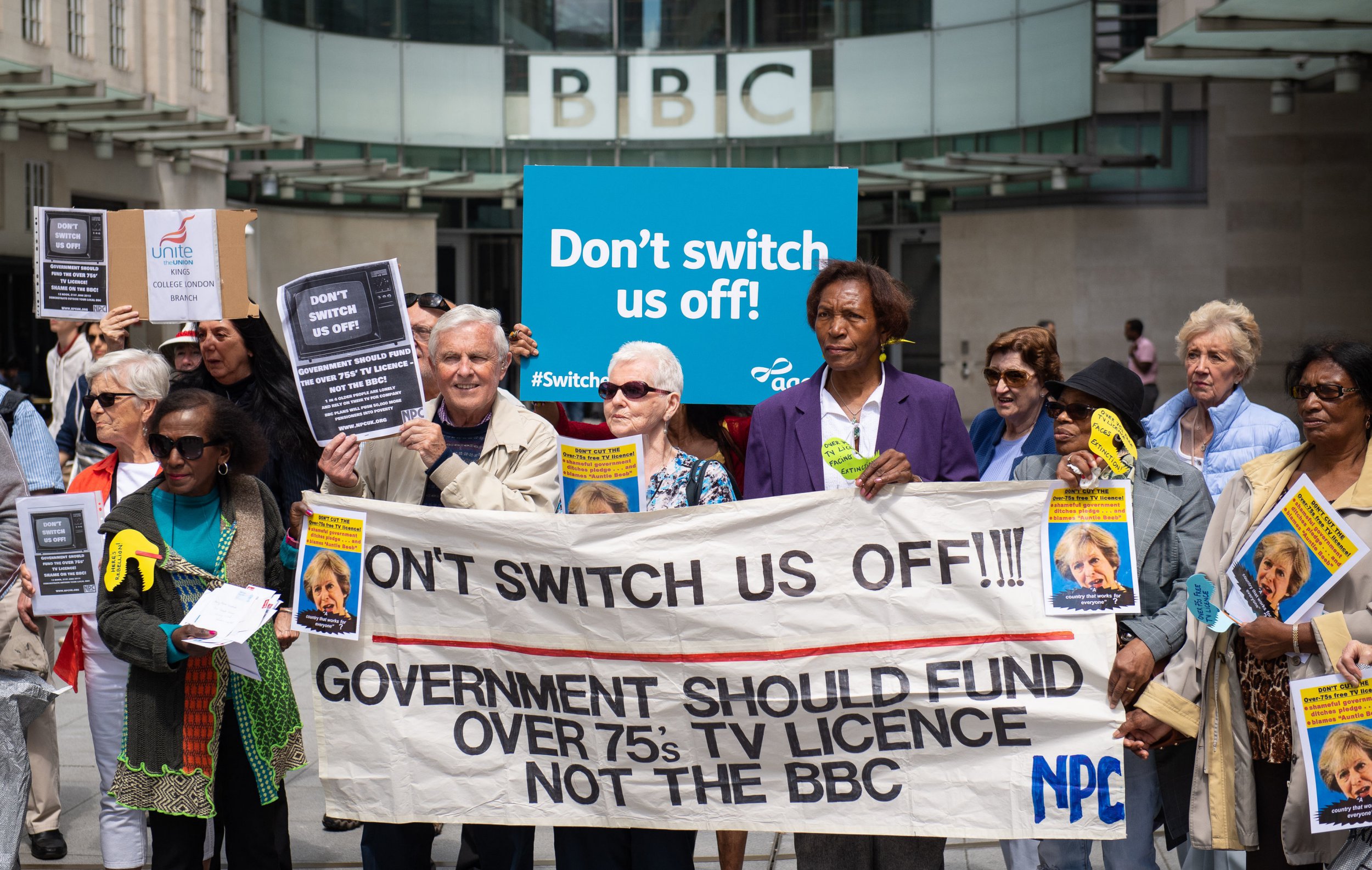 Thousands of pensioners are set to receive letters from the BBC within weeks demanding they pay their licence fee.

The right to a free TV licence for over-75s is due to end on July 31 but 260,000 pensioners still haven’t paid the corporation.

It was initially set to end for the age group last August but a free grace period was introduced to ensure all could access public health announcements during the pandemic.

The BBC has revealed that 3.6 million people who need to stump up the cash have done so – but a significant majority is unwilling or unable to pay.

Free TV licences are still available to people in receipt of pension credit benefit and the BBC has said it will provide ‘customer care visits for those who require further assistance’ after the deadline.

Lord Botham criticised the planned home visits, likening it to ‘threatening to send round the boys’ and ‘Orwellian language’, the Telegraph reports.

Free TV licences for over-75s were introduced by Gordon Brown in 1999 when he was Chancellor of the Exchequer.

Under Labour, the cost of providing the free service to millions was shouldered by the government, with the full amount refunded to the BBC.

But in 2015, George Osborne overhauled the arrangement in a cost-cutting exercise and agreed with the BBC it would have to take on the financial burden from 2020.

In 2019, the corporation announced it would get rid of free licences when it was due to have to start paying for them as it could not afford to continue the policy.

At the time, the BBC said the £745m cost of maintaining the freebies would swallow a fifth of its total budget.

Boris Johnson has previously called on the BBC to ‘cough up’ and pay for the free licences but in January announced his government would not proceed with plans to decriminalise non-payment.

A BBC spokesperson said: ‘As we have now reached a situation where over-75s households are in line with the general population, the extended transition period we put in place due to Covid-19 will end on 31 July 2021.

‘And in line with general policy, anyone who watches or records live TV programmes on any channel, or downloads or watches BBC programmes on BBC iPlayer, must be covered by a valid TV licence.’