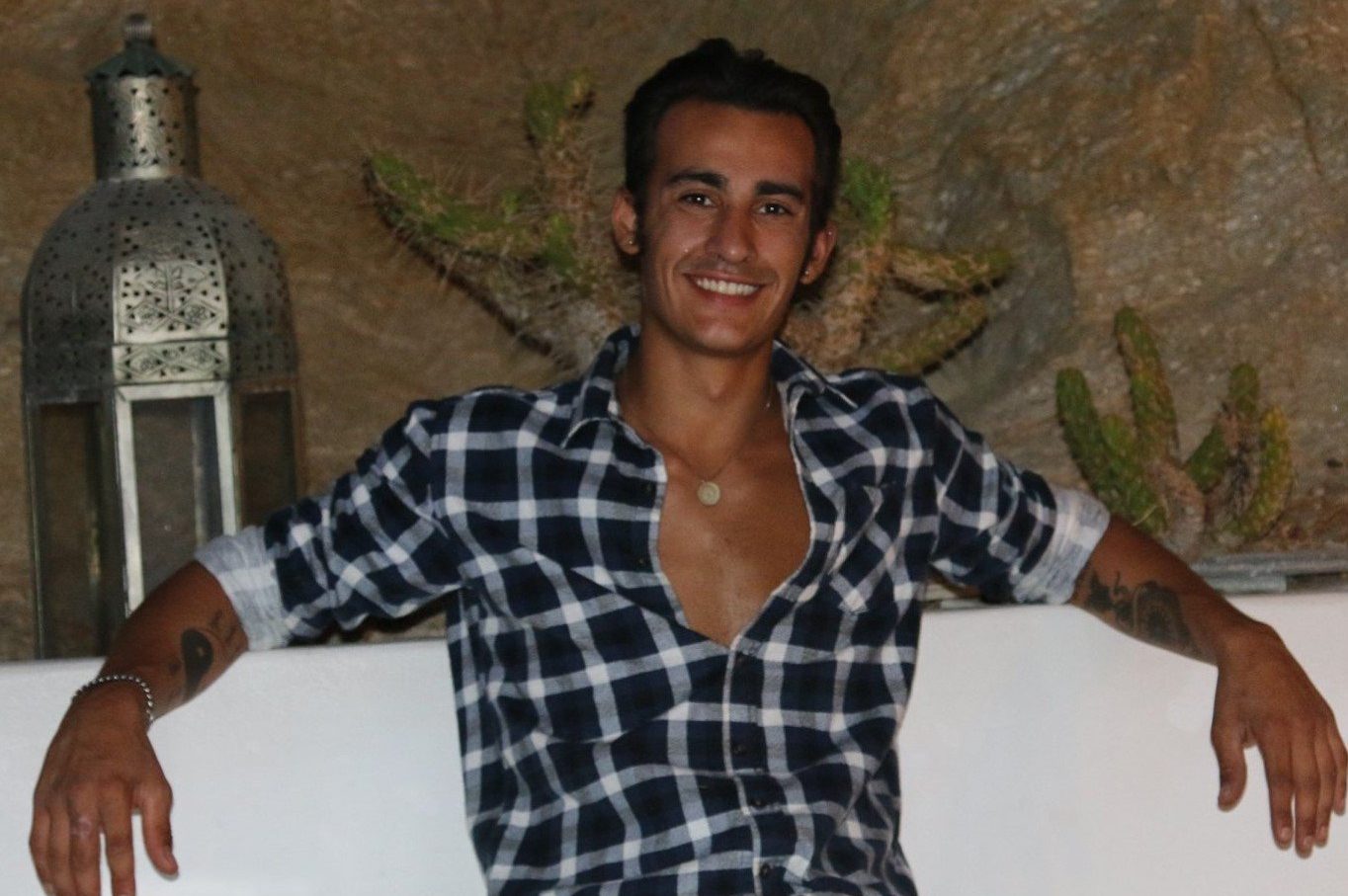 A British man has told a court how he was kidnapped and tortured by his friends after he boasted about his wealth.

Sam Demilecamps, 26, sent messages to his family to say that he was being beaten up at his hostel before he was driven 200 miles away to a flat in Monte San Giusto, Italy.

There he said he was handcuffed to a stepladder and his captors demanded £6,000 from his parents.

Sam, who went to the £36,000-a-year Lord Wandsworth College, Hampshire, told a court in Florence: ‘My captors had seen me spending lavishly.

‘They kicked and punched me, used a taser and pepper spray, then dragged me into a car and gave me tranquilisers.

‘They drove me to Monte San Giusto. I was held underwater in a bath and beaten.’

However, instead of paying the ransom, his parents, Patrick Demilcamps and Jalaleh McCall, contacted police and they tracked his phone to find him.

At one point, Sam was suspected of being in on the plot when pictures emerged of him partying with his kidnappers.

Michele Zuccaro, who represented Mr Demilecamps, told MailOnline: ‘I have spoken to Sam and he is delighted that the judicial system has found in his favour and the gang have been convicted.

‘He went through a very traumatic and shocking ordeal and is still suffering the effects now more than a year later.

‘The evidence presented to the court consisted of the mobile phone message between the gang which showed them planning and executing the kidnap.

‘Sam is relieved that the court believed him because the defence strategy was to suggest that this was all a plot cooked up with his help when quite clearly it wasn’t and he was all the while an innocent victim.’

Ahmed Rajraji, 22, was jailed for eight years while Rubens Beliga Gnaga, 19, and Dona Conte, 23, both received over five years.

Conte’s girlfriend Aurora Carpani, 21, was jailed for over three years.

Instead of going to prison the gang will first serve their sentences under house arrest until an automatic appeal is considered next year.

Vando Scheggia, Rajraji’s lawyer, told MailOnline on behalf of the group: ‘As we have always said this was no kidnap plot and my client and the other accused all deny the charges against them.

‘He had been lent money by the four and they allowed him to stay in the flat while he arranged to get them the money he owed them – that’s it, nothing more. This isn’t some Mafiosi kidnap, it’s very trivial.’

Mr Demilecamps, who lives in Brighton, previously made headlines in 2016 after breaking his back when he jumped into the sea from a cliff in Taormina, Sicily, for a bet.