Prince Harry and Meghan Markle moved into Frogmore House in Windsor following their wedding. They moved in ahead of Archie Harrison Mountbatten-Windsor’s birth in 2019 from Kensington Palace. But they left the property behind on their move to North America, and they have signalled no intention to return any time soon.

Will Prince Harry and Meghan Markle return to Frogmore House?

The Duke and Duchess of Sussex have now settled in California, where they will soon begin their careers independent of the Royal Family.

When they left, one of the conditions of their separation was allegedly to pay back the cost of the house, £2.4 million in total.

Taxpayers footed much of the bill for the house, and today the couple paid back the public via the Sovereign Grant. 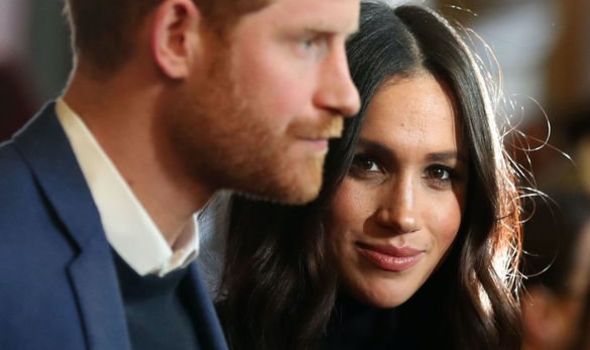 They paid the full amount into the Royal Family’s funds, which cover their official expenditures every year.

A spokesman for the Duke and Duchess confirmed the news earlier today, saying Prince Harry offered to make the payment.

They added the property would remain in the hands of the couple.

The spokesman said: “A contribution has been made to the Sovereign Grant by The Duke of Sussex.”

“This contribution as originally offered by Prince Harry has fully covered the necessary renovation costs of Frogmore Cottage, a property of Her Majesty The Queen, and will remain the UK residence of the Duke and his family.”

As they remain in possession of Frogmore House, it remains somewhere for them to stay should they return to the UK.

According to Omid Scobie, author of Finding Freedom: Harry and Meghan and the Making of A Modern Family, they will one day return.

Speaking to Royal Central, he revealed their duties would draw them home.

He said the couple “love to get out there and be active in the field”, and their duties kept them outside before their move.

While they have ceased official duties, their patronages remain in the UK.

Mr Scobie said: “Harry and Meghan have made it clear that their work in the UK, including their royal patronages, will continue.

“While their base will be in the US, I think once travel restrictions ease we will see them moving around again and undertaking trips to the UK, both privately and professionally.”

“A lot of the work they already started, including all four of Meghan’s patronages, are right here on British soil.”

Any return to the UK will likely end up temporary, but they still have an option to return.

Another condition of their separation allegedly gave them a year-long grace period to rescind their decision.

But the couple has recently signed a deal with Netflix to create content for them exclusively, an option they would no longer have if they resumed royal duties.