The Queen has met every serving US president except one during her remarkable 69-year reign, including JFK, Ronald Reagan and Barack Obama.

Today she will meet her 13th – and the closest to her age – Joe Biden, who took office aged 78 last year. 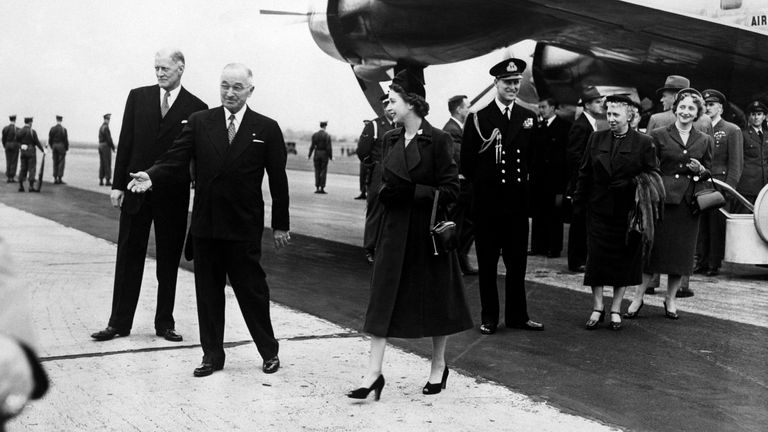 Harry Truman was first in 1951 when the Queen was still a princess – and seven years after she took the throne, Dwight D Eisenhower visited the UK.

Princess Anne and Prince Charles were pictured alongside him, wearing kilts, during his 1959 trip to Balmoral. 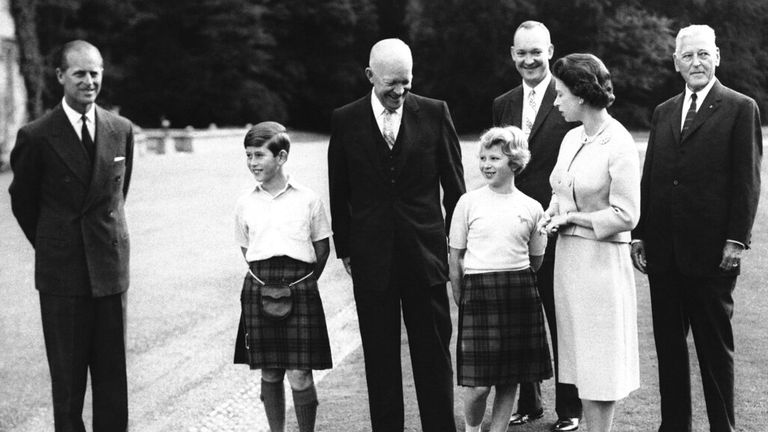 John F Kennedy and his wife visited in June 1961, just six months into his presidency. The Queen was 35 at the time.

A state banquet was held at Buckingham Palace and the visit of the glamorous couple was dramatised in hit TV series The Crown.

Two years later, on 22 November 1963, Kennedy was assassinated in Dallas. 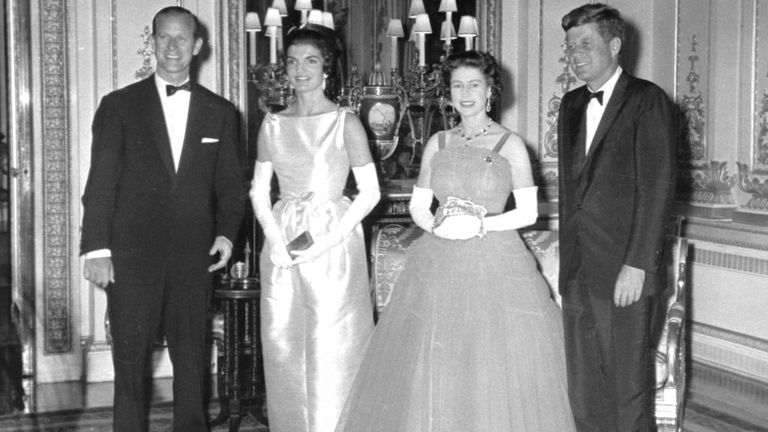 Lyndon B Johnson, who succeeded JFK and served from 1963 to 1969, was the only US president to never meet the Queen during her reign.

She would likely have met Mr Johnson at Mr Kennedy’s funeral, but was five months pregnant with Prince Edward at the time and so Prince Philip went instead. 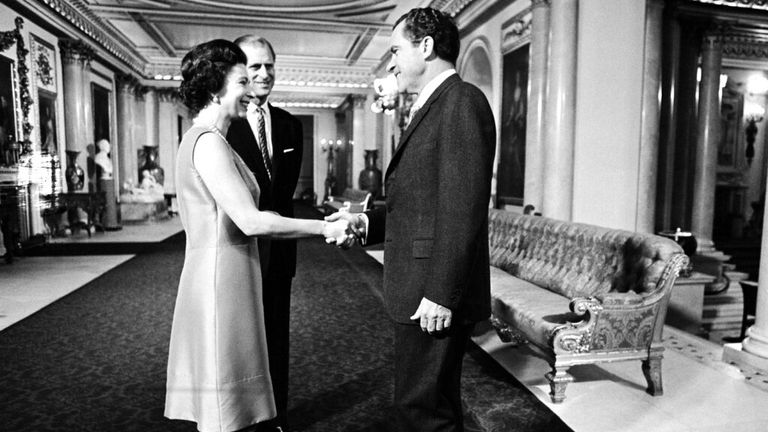 Richard Nixon had lunch at Buckingham Palace in February 1969, during his visit to see the then-prime minister Harold Wilson. 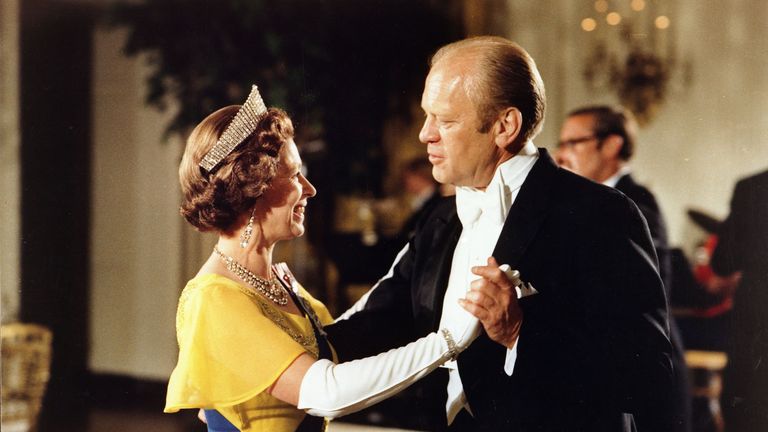 Gerald Ford didn’t visit the UK during his two and a half years in office. However, the Queen met him on the other side of the pond during a visit in July 1976.

The pair danced together at a White House state dinner, but with unfortunate timing the band played The Lady Is A Tramp as the Queen took to the floor – a now infamous faux pas. 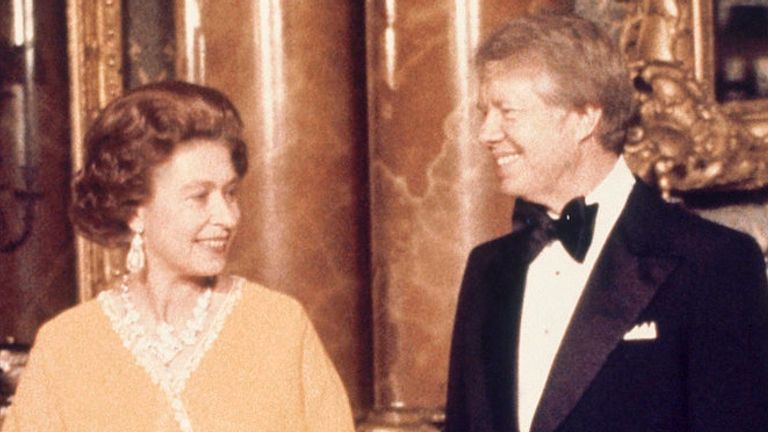 Jimmy Carter was next up at Buckingham Palace in May 1977.

However, in another presidential gaffe, Mr Carter threw protocol out the window and greeted the Queen Mother with a kiss on the lips.

According to biographer William Shawcross, she later wrote: “I took a sharp step backwards – not quite far enough.” 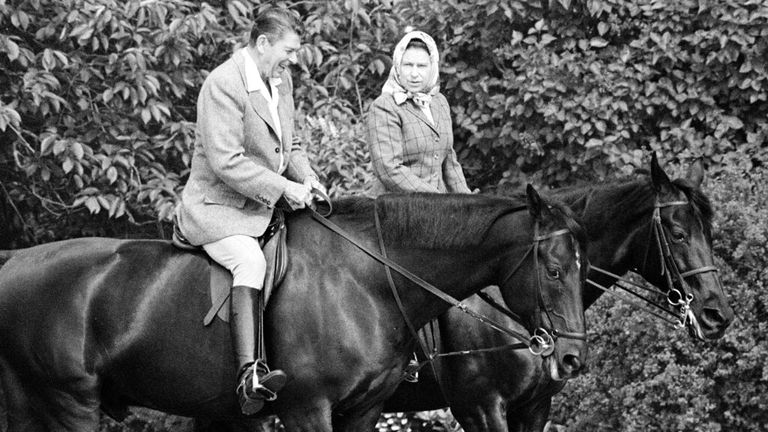 The president who did more for the transatlantic “special relationship” than any other was Ronald Reagan.

His affinity with Margaret Thatcher is well known, and while in power he also met the Queen three times in London during the 1980s.

Mr Reagan’s first royal welcome was at Windsor Castle in 1982, where the pair were famously pictured riding horses together in the grounds.

After he left the White House in 1989, the Queen gave him an honorary knighthood. 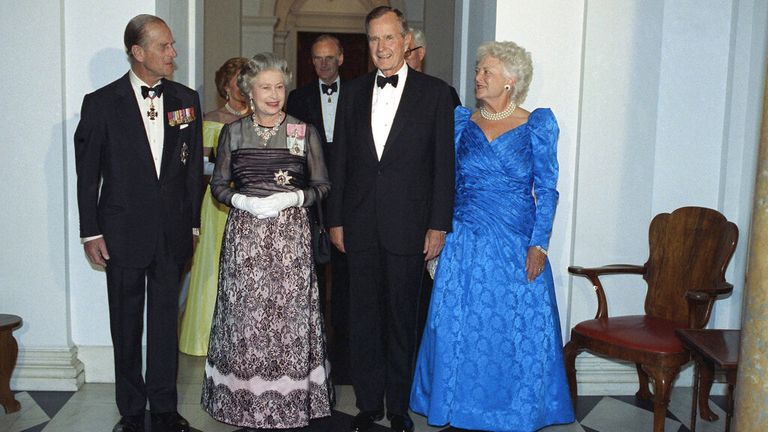 The eighth president to meet the Queen was George HW Bush. He jetted over in May 1989 – just five months after being sworn in.

The Queen visited the US two years later, but as she stood up to give a speech on the lawn outside the White House, there were a few red faces.

She was partially obscured behind a cluster of microphones that had been arranged for the much taller Mr Bush.

He later told reporters that the Queen laughed off the incident. 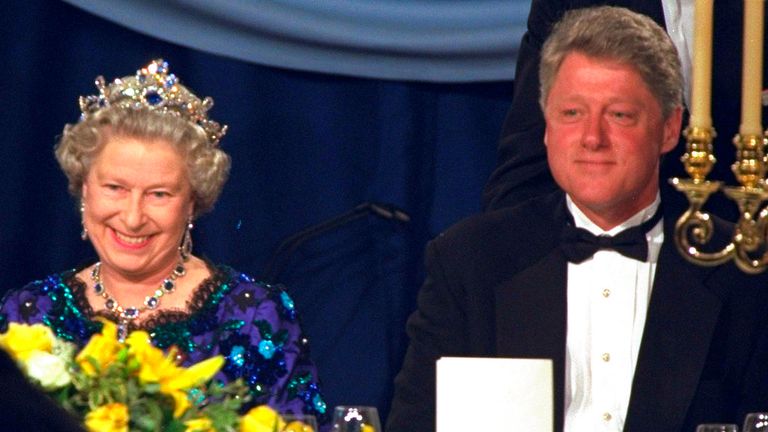 Years later, his wife Hillary Clinton would come close to becoming the first female US president in 2016 – losing out in the shock election defeat to Donald Trump. 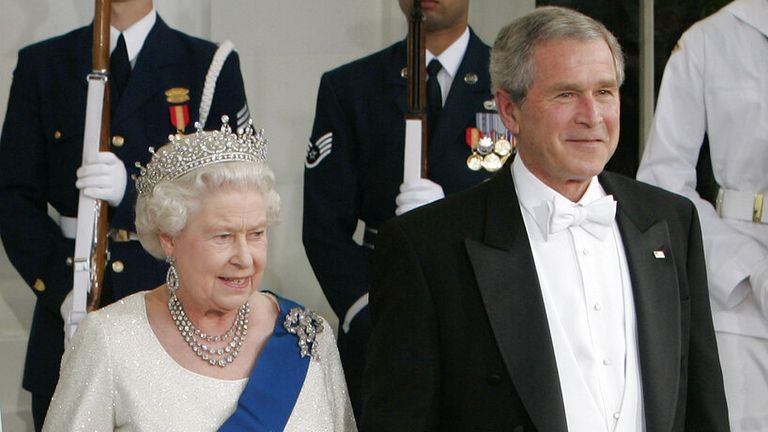 Like father like son – George W Bush wasted no time in meeting the prime minister and the Queen in the months after being sworn in as the 43rd president.

But there were protests, involving tens of thousands of people, during his official state visit in November 2003.

Deeply unpopular because of controversy over the Iraq War, an effigy of the president was toppled by protesters in Trafalgar Square.

However, the controversy did not appear to affect the US-UK relationship and the Queen visited the US in 2007, with the president returning to the UK a year later. 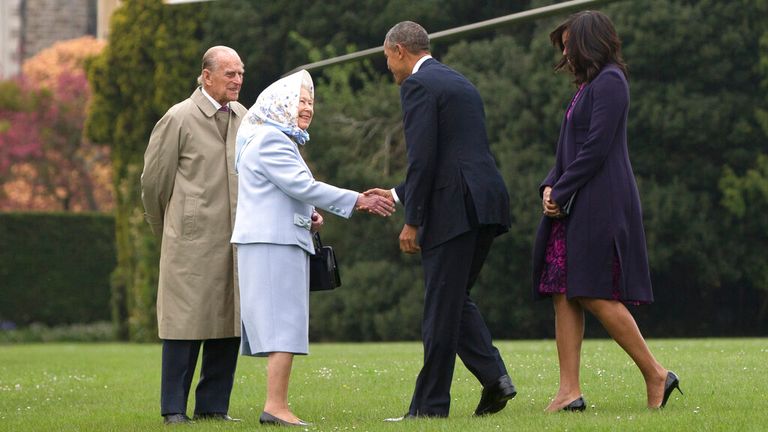 Barack Obama had a far smoother ride from the public when he visited the UK and met the Queen in 2009 – and the pomp of a full state visit followed in May 2011.

During his final visit as president in April 2016, his helicopter landed in the grounds of Windsor Castle with the Queen all smiles as she walked to greet him alongside Prince Philip. 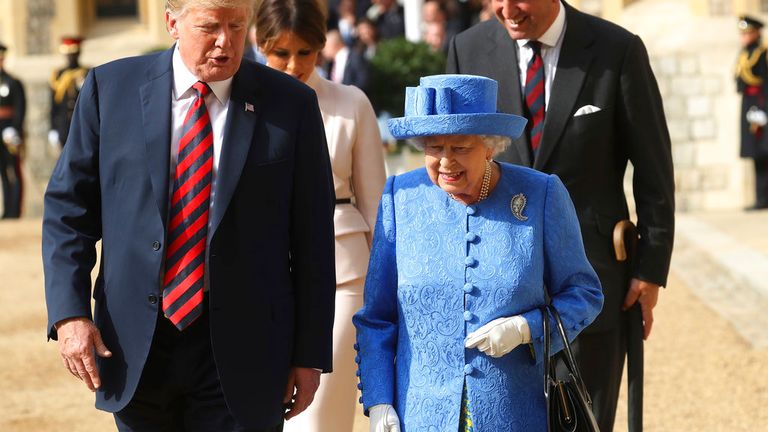 Donald Trump first met the Queen in July 2018 during a summer visit to the UK. His trip was met with huge protests in London, which memorably featured a giant balloon or ‘blimp’ that depicted him as a baby.

Despite being accused of breaching royal protocol several times, he expressed great admiration for Her Majesty, describing her as an “incredible woman” in a speech.

He and First Lady Melania came to the UK again for a special state visit in 2019 to mark the 75th anniversary of D-Day. 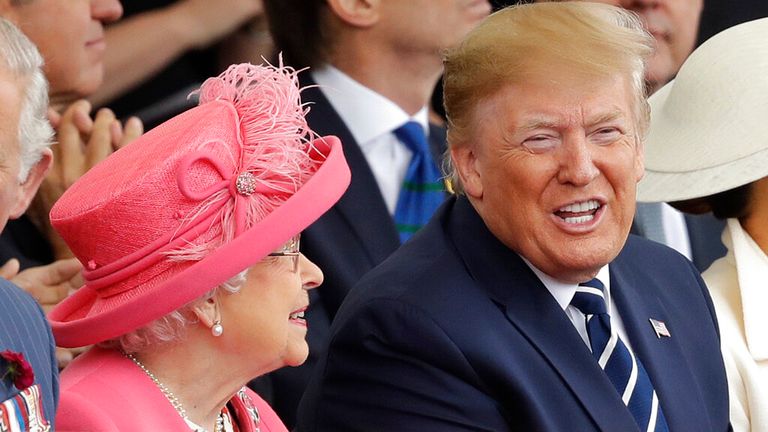 The Queen will meet her 13th US president when Joe Biden visits Windsor Castle today.

It will be the first state visit of any foreign leader since the coronavirus pandemic saw the Queen halt royal duties and quarantine at Windsor as part of ‘HMS Bubble’.

Mr Biden will be accompanied by the first lady, Jill, but it will be the first time Her Majesty meets a head of state alone following the death of Prince Philip.