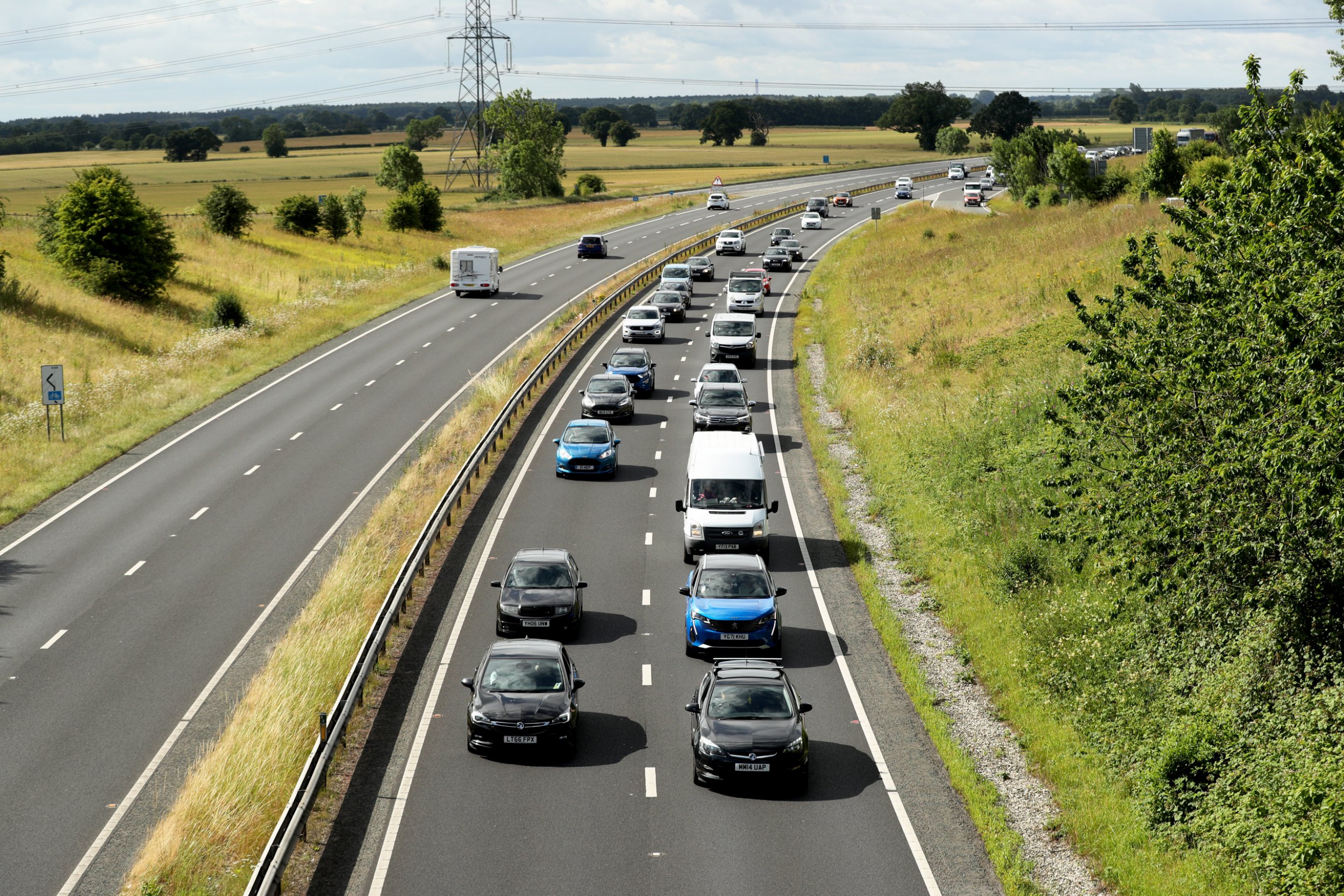 Protests over rising fuel costs are set to take over key motorways, coinciding with the start of the summer school holidays.

People have been warned that ‘slow-moving roadblocks’ are planned on parts of the M4, M5 and M32 this Friday.

Avon and Somerset Police are advising drivers to plan ahead as activists are also due to target the A38 in Bristol, where traffic was brought to a standstill earlier this month.

Their warning comes after an image posted on the Facebook group Fuel Price Stand Against Tax suggested demonstrations would be held ‘nationwide’.

With most schools in England and Wales breaking up for summer this week, the RAC said an estimated 18.8 million trips are planned between Friday and Monday.

‘They are expected to block the forecourt during the morning,’ according to the force.

It is still unclear which group is responsible for Friday’s demonstration.

It comes after 12 people were arrested after a fuel price protest on the M2 on July 4, which featured a ‘go slow’ demonstration.