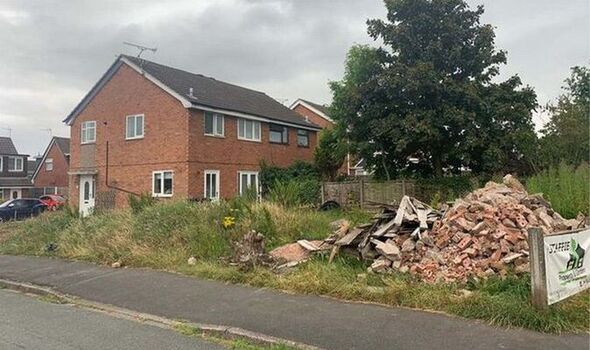 Julie and Alan Butters say that they had taken on Staffie Property and Garden to landscape the garden at their home. They say the firm knocked their garage and the adjoining brick wall down in order to make way for the landscaping work at their home in Crewe. However, as soon as the couple handed over cash for materials, labour, and waste removal, they claim the workforce disappeared.

Since then they have informed Citizen’s Advice which passed on the complaint to Stoke-on-Trent City Council’s Trading Standards team as Staffie is based in the city.

CheshireLive reported that Julie and Alan have not been able to contact the firm. They say that the numbers they had are no longer working, and the company’s Facebook page can no longer be found. Express Online has also attempted to contact the company for response to the allegations.

Speaking about the ordeal, Julie, aged 59, said it came during a traumatic time for the family. Not only did she lose her dad to Covid 18 months ago, but Alan, aged 58, also fell ill with the virus and now has lasting health issues.

Julie said: “We’ve wanted to renovate the garden for years but we’ve never really had the funds to do it. Then unfortunately, about 18 months ago, my dad passed away with Covid. I had a little bit of inheritance from him and he used to come to sit around here even though our garden wasn’t much. So I thought I’d put his money to good use and renovate the garden.

“Just after last summer, we decided to find somebody who would do the sort of thing we wanted. I went onto a website where you just put in what you want doing, and then people get in touch with you to give you a quote. 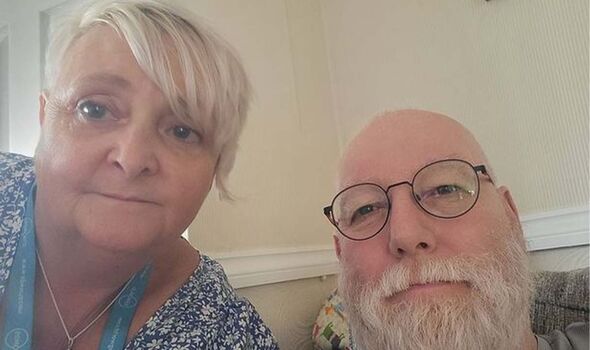 “Several people did, and I had some companies come to visit, but this guy from Staffie he was a really lovely guy – he explained things to me whereas other people didn’t. I wasn’t exactly sure what I wanted, and he was telling me ‘we can do this, we can do that’ to get more for my money. He came back and measured everything up. We chose the decking, including the colour. He got a diary, was writing everything down and he said he could start on October 25.

“He said the sooner we could transfer the deposit, the sooner he could order stuff. At that time, because of Covid, there was a shortage of supplies so he said we’d have to put a bit of money down.”

Julie, who works part-time, said she transferred close to £8,000 to the company. But, she said, the workers failed to show up on October 25, instead telling her they were two weeks behind on other projects.

She added they then agreed a new start date of November 8, but didn’t turn up that day either. Julie said it was ‘excuse after excuse’ for why they couldn’t come.

She said: “They eventually came, knocked my garage down and took the wall down. At that point, I transferred another £3,300 to them.” 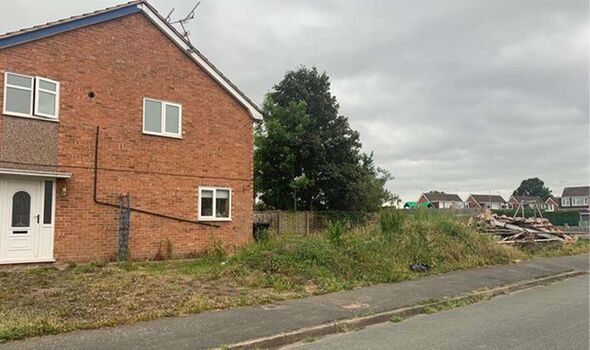 This was when Alan became ill after catching Covid. Julie said he “kept getting hospitalised” and that she perhaps didn’t chase Staffie as often as she wanted to because she was “too bothered about Alan being really poorly”.

Not long after, the company, along with the owner she had been talking to, stopped responding. Both numbers for the business seem to be disconnected and the Facebook page appears to have been taken down.

Julie said: “I asked him to let me know when someone can come and carry on with the garden because it was looking such a mess. In the end, I just said ‘either come and do my garden or give me the money back’. My garden is a state, it looked worse than it did before, but I never heard from them again. I’ve got numbers for them but both the landline and mobile don’t work anymore. The company isn’t on Facebook anymore either.”

She added: “You don’t trust anybody after something like that happens. He was the nicest guy, but I feel like he was really just taking our money and laughing at us.”

Alan is now unable to work due to health issues stemming from long Covid. Among other difficulties, he has problems with his heart and lungs. Julie said: “Money is very tight at the minute. Alan has been claiming for everything he’s allowed to claim for, because he’s not got a wage now, but that takes time.”

But it appears the couple’s fortunes have begun to turn around. This is thanks to a Sydney community project, spearheaded by friend-of-the-family Gemma Ball, which is aiming to get the garden done for them.

Upon hearing what had happened, Gemma began speaking to people in the Sydney area. She quickly became ‘overwhelmed’ with the scale of the response.

The fundraising page launched at the beginning of July and has already raised close to £1,000. The project is also being supported by The Flying Lady pub and D&G Groundwork.

Gemma said: “It’s just fantastic. The number of companies that have donated already is just amazing. It just proves how nice people are. It does restore your faith in humanity. People are really good and we’re in hard times as well. Everyone’s bills are going up. Everyone is worrying about what they’re going to do when winter comes. In those circumstances people are still being so kind. It’s just amazing. I’m so happy for them (Julie and Alan) because they’re good people, they’re a nice family. They deserve to have a garden.”

Julie has also been taken aback by the extent of the support: “Everybody has been so kind and generous. People have donated money, people have donated other things like the time to do the labour. It’s been very overwhelming. 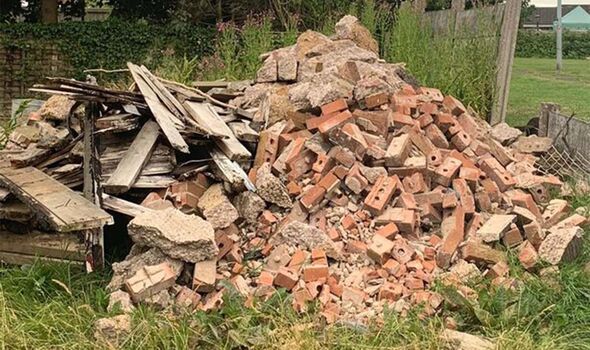 “I just want to thank everyone. I’d thank them all personally if I could but obviously there are so many of them. Thank you from the bottom of our hearts. We couldn’t ask for a better community to be living in.”

Cheshire East Council confirmed that a complaint about Staffie Property and Garden was brought to the attention of Citizens Advice Consumer Service in April 2022 and they ‘gave advice on how to seek redress in this matter’. A spokesperson added: “Stoke-on-Trent City Council trading standards were notified of the complaint, as the trader gave a business address in their area.”

A spokesperson from Stoke-on-Trent City Council said: “Trading Standards monitor all complaints about Stoke-on-Trent based businesses and use a standard questionnaire to gather further information.

“Depending on the responses, we will then make a decision as to whether a more formal investigation is needed or if any other action is necessary.”

Anyone who wishes to make a donation towards the project to renovate Julie and Alan’s garden can do so via the GoFundMe page.