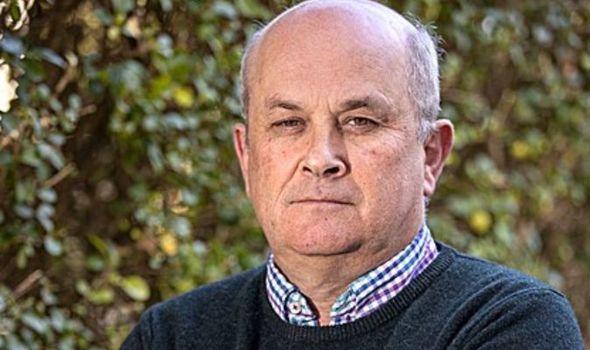 And the Daily Express investigation into the scandal will be used to aid the case. If successful, the judicial review by Rear Admiral Philip Mathias could cost the health service £5bn in paid-back medical fees. The case concerns the failure by local NHS bosses to pay for the continuing healthcare (CHC) of tens of thousands of eligible pensioners a year.

It follows a Daily Express crusade which found that refusal to fund the costs was forcing elderly people to sell their homes to pay massive NHS health care bills.

Last year this newspaper revealed how widow Lily Capell saw the loss of everything she had spent a lifetime saving for when she was forced to sell her home and use the £211,000 it raised to pay for her healthcare.

Under national CHC rules, elderly people with significant health problems should have their care and nursing fees paid in full by the NHS, provided their condition is the main reason they need help.

This is different to the means-tested adult social care funded by councils.

But the process is complicated, bureaucratic and local clinical commissioning groups (CCG) have been accused of ‘rationing’ successful applications so they do not have to pay out.

There is a 20-fold variation in the chances of securing CHC funding between different NHS clinical commissioning groups, recent research found. 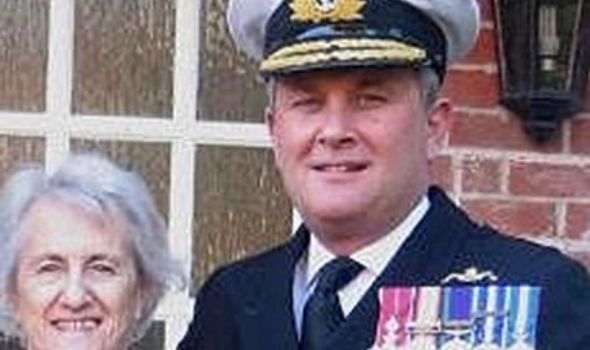 Admiral Mathias, now retired, a former Ministry of Defence director of nuclear policy, fought and won a £200,000 refund from Wiltshire CCG which was paid wrongly for his mother’s continuing healthcare.

He said: “In terms of the sheer scale of this scandal, measured by the significant number of old, ill and vulnerable people adversely affected and the huge level of unlawful financial deprivation, this is very possibly one of the biggest government scandals of modern times.”

Charities and campaigners agreed with him saying that the system is ‘ripe for refinancing and reform’.

Dennis Reed, director of the Silver Voices campaign group, said: “The majority of those denied continuing healthcare are residents in care homes living with dementia.

“The bureaucratic barriers put in the way of eligibility are a scandalous means of rationing free healthcare for those living with an incapacitating disease.

“Dementia patients normally only qualify for continuing healthcare if they are displaying aggressive and disruptive symptoms.

“My own late mother was denied such support because she was ‘too placid and cooperative'”, according to the social worker.

Caroline Abrahams, charity director at Age UK, said: “NHS Continuing Healthcare (CHC) is incredibly important because it provides funding for some of the people with the greatest health and care needs in our society.

“Unfortunately, the conditions for receiving it are extremely tight and seem to exclude many who have dementia and other grave health problems.

“Claiming it can be hugely stressful and eligibility seems to be a real postcode lottery.

“The stakes are high, as the decision over whether you qualify or not can make an enormous financial difference to individuals and their families if they end up having to pay for high intensity care, for a long time.

“The real underlying problem with CHC is that it is seriously underfunded.

“This means local heath bodies sometimes seem to interpret the rules in accordance with their budgets, not by reference to an honest appraisal of a person’s needs and their fit with the rules.

“It’s important that people who are rejected for CHC funding are able to appeal that decision within a reasonable timeframe. 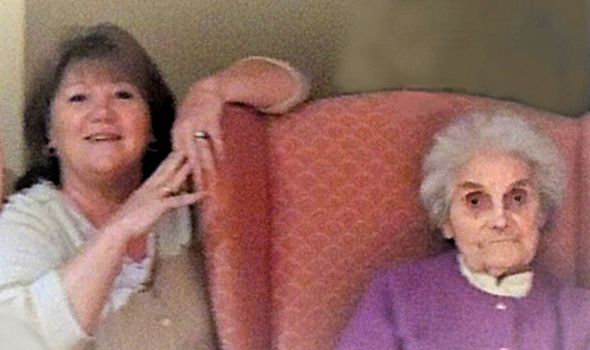 “In deciding how long that might be serious attention must be paid to the fact that many people who are potentially eligible are extremely ill or nearing the end of their lives, so an appeal may not be possible or appropriate for some time until after the original eligibility decision was made.”

“CHC is a scheme that is ripe for refinancing and reform. In a civilised society every older person who is ill and has high care costs would receive the help they need as of right, without the need to battle with the authorities at the most difficult time of their life, when their end may also be near.”

NHS bosses and authorities are increasingly refusing to fund care, claiming that devastating diseases are not severe, or not the primary reason help is needed – leaving families facing soaring bills.

But the definition of a “primary care need” is vague – and charities say that authorities are exploiting the looseness of the definition as an excuse to reject applicants.

Jan Shortt, general secretary at the National Pensioners Convention, said: “The system is a complex one and we do know that some assessments have been inadequate.

“There is also the understanding that with some areas, it is the amount of funding available that dictates access to support not the needs of the individual.” 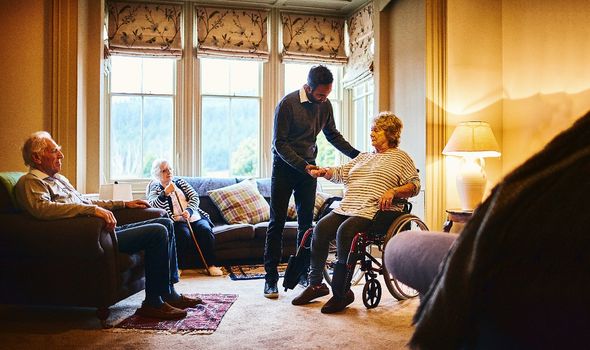 If the NHS rules that help is needed simply because someone is frail or elderly, this falls under social care which is means-tested, meaning pensioners have to pay the costs down to their last £23,500.

Successive governments have kicked the issue of social care reform into the long grass.

Yesterday Prime Minister Boris Johnson, who promised on the steps of Downing St to solve the social care crisis, pledged once more to ‘fix the injustice of care home funding’.

Meanwhile, NHS “snapshot” data show the number of people eligible for long-term funding has fallen, despite an ageing population suggesting demand should be higher.

Admiral Mathias believes up to 10,000 people are unlawfully denied CHC each year and has launched proceedings with the “intent” of changing NHS behaviour.

On the basis that the 50,000 people allegedly unlawfully denied CHC over the past five years had, on average, had to pay £100,000 – a “reasonable assumption”, he said – then the NHS could be liable for £5bn if the judicial review is successful.

The former submariner, a father of two, based in Southsea, Hampshire, has launched a Crowd Justice appeal to raise the £30,000 needed to fund the first stage of the judicial review.

An NHS spokesman said: “CHC funding is available to a minority of people whose eligibility is assessed on an individual level, while most people are instead covered by the rules on social care eligibility that Parliament has established.

You can learn more about the crowdfunding appeal and donate online here.

My mother suffered from severe dementia and many other serious medical conditions.

Halfway through the last four years of her life in a nursing home, I stumbled across Continuing Healthcare funding (CHC), often referred to as the “best kept secret in the NHS”.

After a gruelling two-year battle with Wiltshire Clinical Commissioning Group, I eventually recovered £200,00 for my 90-year-old father, which had been used to pay for my mother’s NHS healthcare.

This is NHS healthcare which should have been free at-the-point of use.

Wiltshire had been operating an aggressive and unlawful CHC avoidance regime and an Independent Review found that the CCG had contravened the regulations in multiple ways.

The Care Quality Commission also reported that Wiltshire’s award rate for CHC funding was well below the national average, with no credible explanation.

I discovered that this disgraceful and unlawful conduct was replicated by many CCGs.

I then decided to launch a campaign to expose what is probably one of the biggest public scandals of modern times.

Evidence from NHS data shows that tens of thousands of old, ill and vulnerable people have been unlawfully denied huge sums of healthcare funding, often resulting in them spending their life savings and selling their homes.

Over the last three years, multiple independent and expert bodies, the media and the public have been highly critical of the failing and unlawful CHC system.

This is done with almost total impunity, while causing distress and financial devastation.

Preparations for a legal challenge against the government are well underway but a case of this magnitude and complexity is very costly.

A further 18,804 people have tested positive for COVID-19 in the UK, and 80 new deaths have been reported. It takes the total case numbers…

A mother accused of strangling her three kids to death was fearful of losing custody to a violent ex, it has been reported. The victims,…